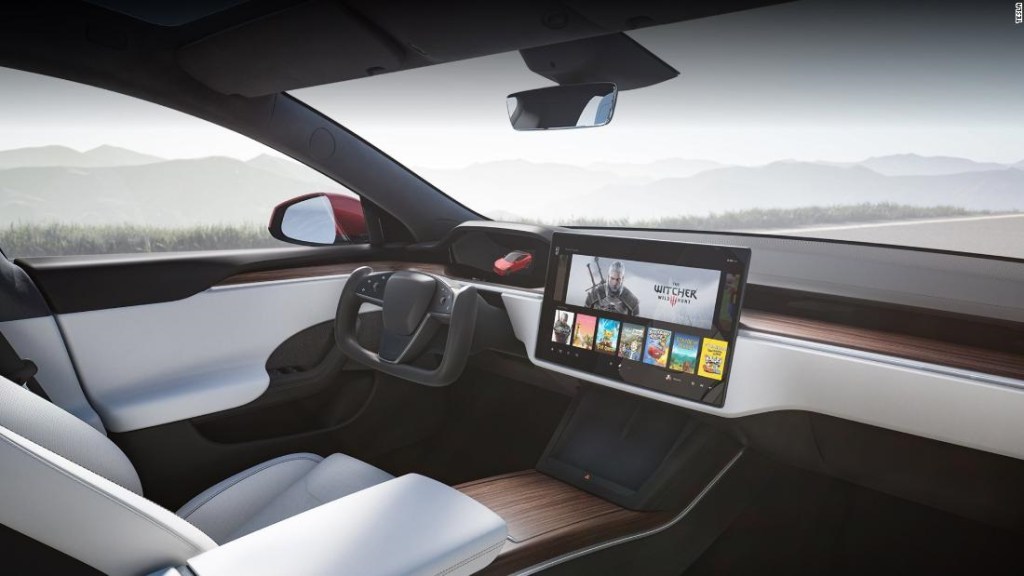 (CNN Business) – Elon Musk is canceling his promised Tesla Model S Plaid + supercar about a year before it was expected to go on sale.

Tesla is still planning a Plaid version of the car. In a tweet on Sunday, the Tesla CEO said that Plaid + would be canceled because “there was no need, as the Plaid is very good.”

But Tesla had talked about the Plaid + being able to go more than 500 miles (804 kilometers) on a single charge, while the standard version of the Plaid is advertised as capable of going 390 miles (628 kilometers). Both versions were to have three engines, more than the two in other high-end versions of the Tesla. And Tesla said that both Plaid and Plaid + would be capable of accelerating from 0 to 60 miles in about 2 seconds, making them the fastest production cars ever.

Concern in China over Tesla’s expansion in the country 1:08

The Plaid + was set to be $ 30,000 more expensive than the standard Plaid version, costing just under $ 150,000. All versions of the Model S and the top-end Model X SUV together accounted for just 11% of Tesla’s sales last year, with the lower-priced Model 3 sedan and the Model Y SUV becoming the mainstays of the company. But the Model S and Model X probably have better profit margins than the Model 3 and Model Y, making them important models for the Tesla lineup.

The RDelays in the new versions of the Model S and Model X, and the drop in the top-end version of the Model S, could point to some problems at Tesla.

“This is not the news Wall Street wanted to hear,” said Daniel Ives, technology analyst at Wedbush Securities. “On the surface, the excuse makes sense, but it also feels like ‘The dog ate the homework.’

Tesla shares were slightly lower in pre-market trading on Monday.

An artist’s rendering of the interior of the new Model S with its distinctive steering wheel.

Usually a redesign of a new version of a car stops production for a matter of weeks. But Tesla did not make any Model S Sedan or Model X SUV in the first quarter of the year and only now is it releasing a restyled version of the car.

An unveiling of the new Model S, with a distinctive open rectangle steering wheel instead of the traditional round steering wheel, had been set for June 3. But that was pushed back to June 10 because Musk announced last week that he needed some last-minute tweaks.

Last week Musk tweeted that rising raw material costs were leading to price increases for the Model 3 and Model Y. However, the price of the higher-end Models S and X did not increase.

“At the high end, the Plaid + was a niche demand to begin with, but the chip shortage has forced Musk & Co. to make some tough decisions on the production front,” said Ives. “The last few months have been hectic for Tesla and this adds to the general turmoil.”

Musk did not identify which commodity prices were causing problems. Prices for lithium, a key material used in EV batteries, have more than doubled in commercial markets. Cobalt, another key material for batteries, is also very high, although it has fallen from the peak it reached earlier this year.

It is unknown how much Tesla is paying for those raw materials under its supplier contracts. The same is true for metals used in other parts of the car, such as steel, aluminum and copper, which have also risen in price on public markets.

The unusual name “Plaid” comes from “Spaceballs,” a 1987 Star Wars parody by director Mel Brooks. In “Star Wars,” when spaceships enter hyperspace, the stars appear to turn into streaks of light. In Spaceballs, the spaceship goes even faster and the stars turn plaid (or plaid, the English word for plaid or plaid).