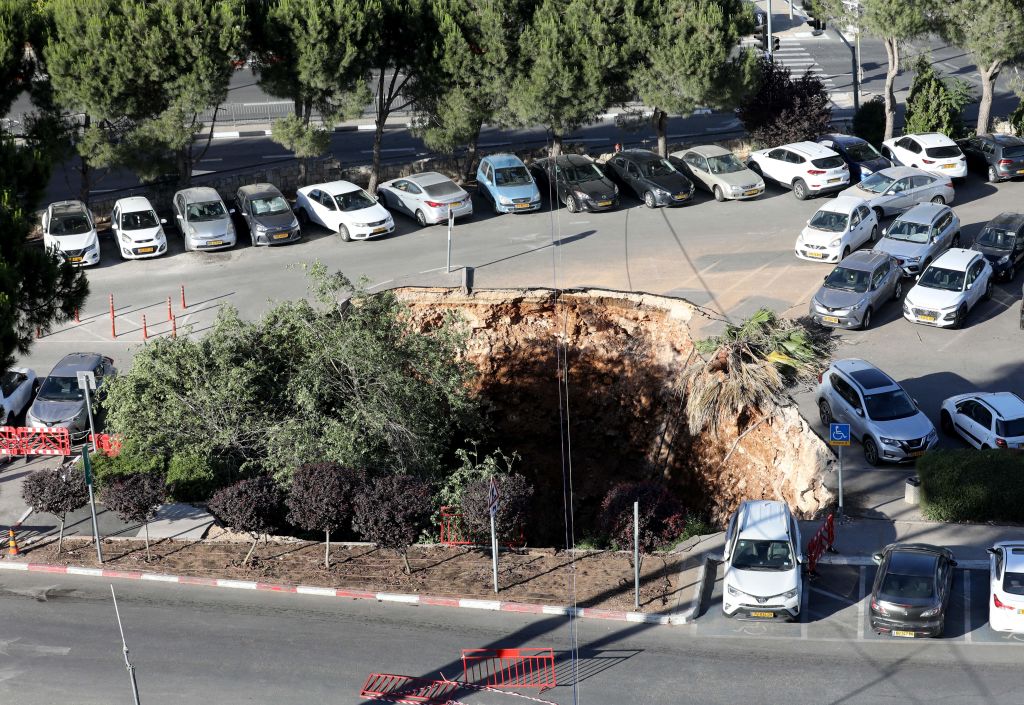 It is “painful”, says family that loses home due to sinkhole 1:44

(CNN Spanish) – The sinkholes they are more common than you think. However, not all are the same, as the formation processes have specific names, according to the United States Geological Survey (USGS).

The last of the sinkholes that has been in trend is the one that was formed in Puebla, Mexico. This one is huge, over 80 meters in diameter. But there may also be others that simply generate small ponds.

Why are sinkholes formed?

Many sinkholes are formed when acidic rainwater dissolves limestone or similar rocks under the ground, leaving a large void that collapses when it is no longer able to support the weight of what is above, be it an open field, a road or a house. These are called “roof collapse sinkholes.”

Pit that formed in a parking lot in Israel on June 7. (GIL COHEN-MAGEN / AFP via Getty Images)

Do all the sinkholes collapse in a spectacular way like the one in Puebla?

No, some simply cause the ground to sink, or give rise to small ponds or saltwater wetlands, according to the Florida Department of Environmental Protection.

According USGS, water dissolves rocks faster when it comes in direct contact with cracks.

“The dissolution of limestone or dolomite is most intense where the water first comes into contact with the rock surface. It occurs when the flow is concentrated in the pre-existing openings of the rock, such as along the cracks, fractures and stratification planes, and in the zone of fluctuation of the water table, where the groundwater is in contact with the atmosphere » , notes the USGS.

2. Socavitas by subsidence of the roof

USGS mentions that these types of sinkholes are formed when the soils on the surface are permeable and contain sand.

“In areas where the surface material is thicker or the sediments contain more clay, subsidence sinkholes are relatively rare, are smaller and can go unnoticed for long periods,” he adds.

3. Pits due to roof collapse

These sinkholes can form abruptly (in just a few hours) and cause potentially catastrophic damage, according to the USGS.

«They are produced when the sediments that cover them contain a significant amount of clay (…). Over time, surface drainage, erosion and sediment deposition transform the sinkhole into a shallower bowl-shaped crevice, ”he says.

4. Potholes can also be caused by people

The USGS explains that this type of sinkhole is related to land use practices, “especially groundwater pumping, and construction and development practices.”

They are also formed when humans change the natural patterns of water drainage and create new systems for its diversion.

“Some sinkholes are formed when the surface of the land changes, such as when industrial and rainwater storage ponds are created. The weight of this new material can trigger an underground collapse, thus causing a sinkhole ”, details the USGS.

With information from CNN’s Michael Pearson.

1 thought on “Socavones: what are they, how are they formed and what types are there?”