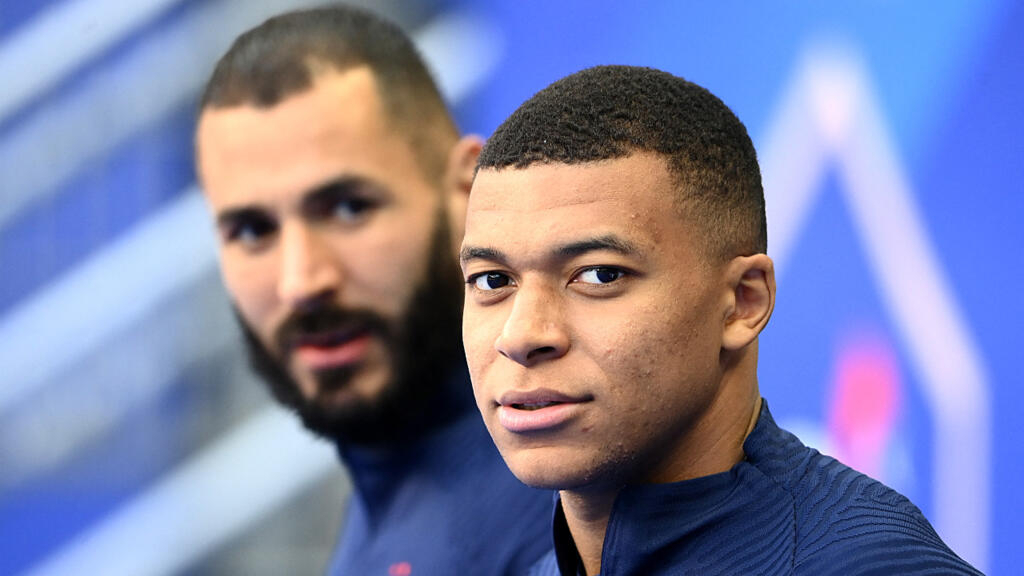 The Blues play their second and last preparation match for Euro-2021 on Tuesday against Bulgaria. A meeting which will be marked by the return of the public to the Stade de France, since 5,000 spectators will take place in the stands, the French Federation having obtained an exemption from the curfew and health restrictions.

The Blues pass a last test, Tuesday, June 8, against Bulgaria in front of 5,000 spectators at the Stade de France, with the hope of maintaining their confidence intact and avoiding any injury, a week before their entry into contention for the Euro -2021.

The morale of the world champions is high, almost two weeks after the start of the preparation for the continental competition (June 11-July 11).

The reinstatement of striker Karim Benzema after more than five and a half years of absence went without a hitch, the anti-Covid tests did not hold any bad surprises, the first friendly match was a formality on Wednesday in Nice against the Welsh (3-0), and the training sessions in Clairefontaine, southwest of Paris, are all more joyful than the others …

Nothing seems to disturb, so far, the selection of Didier Deschamps, not even the status of big favorite of the Euro that all observers in Europe attribute to him.

“We must remain measured,” evacuated midfielder Adrien Rabiot on Sunday, without however wanting to refuse this label. “Obviously, we are reigning world champions, vice-European champions, so that may seem normal. But we have another perspective on it: we do not really want to put ourselves forward, these are things that must be shown on the ground, while keeping this confidence in our potential “.

Rabiot and his partners are well aware that Wales reduced to ten from the half-hour mark on Wednesday, or Bulgaria stuck in 71st place in the FIFA rankings will have nothing to do with Germany, the first opponent of the Blues on June 15 in Munich, or the Portugal of Cristiano Ronaldo, the other ogre of Group F of the Euro.

We must therefore continue to ramp up before the big meeting, fine-tune the automatisms and build up a rhythm. Offensively, in particular, the return of Benzema logically causes changes in the animation, and “there are two or three things to settle”, according to Antoine Griezmann himself.

With Kylian Mbappé, the “golden triangle” needs minutes in the field and Didier Deschamps has already warned that for this second and last preparation match, he could not “distribute playing time” as much as in the first , where six changes had been made, including two at halftime.

The coach notably recovers a centerpiece of the selection, N’Golo Kanté, who arrived late like Olivier Giroud and Kurt Zouma after their coronation in the Champions League with Chelsea. But the best player in the C1 final came back tired and only resumed collective training at the end of the week.

After an extended season and in the heart of a shortened preparation, freshness will be essential and the management of the France team will probably not want to take any risk in the face of the physical glitches which affect the group a few days before the departure for Munich .

Kingsley Coman, Lucas Hernandez (knee) and Adrien Rabiot (ankle) were thus spared during the weekend and will undoubtedly be granted a little rest. Conversely, Thomas Lemar, recovered from a problem in a thigh, appeared in full possession of his means during the last training sessions.

As for Olivier Giroud, lacking rhythm after the end of the season spent on the Chelsea bench, he has not abandoned his “goal” to hold the Euro and will need to find sensations in his garden from the Stade de France where he scored 22 of his 44 international goals.

The enclosure will sound less hollow than in recent months, because 5,000 guests will be invited there, the French Federation having obtained an exemption from the curfew (in force from 9 p.m. until Wednesday) and health restrictions, with a day ahead of the new stage of deconfinement in France. What to give a last popular boost to the world champions, before serious matters.

1 thought on “A France-Bulgaria with 5,000 spectators for the last match of the Blues before Euro-2021”