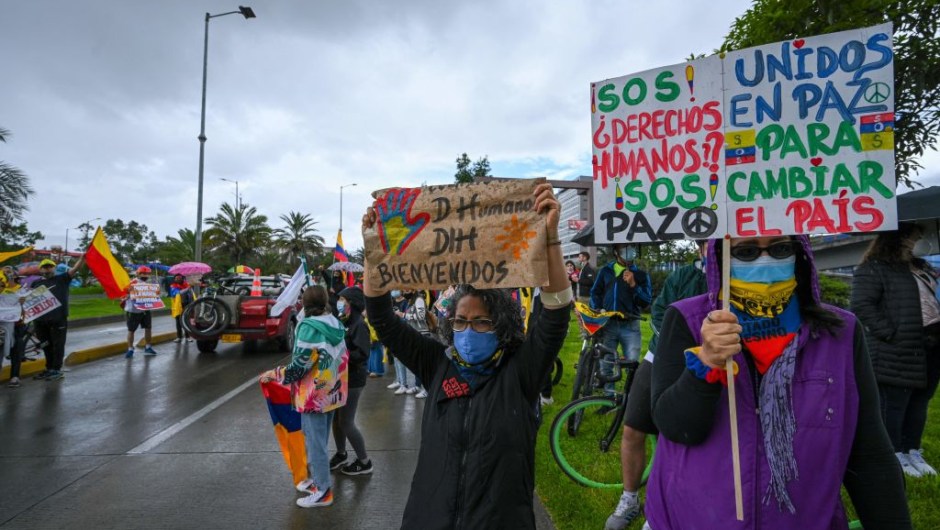 (CNN Spanish) – The president of the Inter-American Commission on Human Rights (IACHR), Antonia Urrejola, reported in a statement that this Tuesday, June 8, the working visit to Colombia officially begins, where she will observe the human rights situation in the framework of the protests that they are living in the country.

The visit will conclude on June 10.

The delegation is led by Commissioner Urrejola and made up of Commissioners Joel Hernández and Stuardo Ralón; with the support of the executive secretary, Tania Reneaum Panszi; the deputy executive secretary for Monitoring, Technical Cooperation and Training, María Claudia Pulido; the special rapporteur for freedom of expression, Pedro Vaca; and people from the technical team of the Executive Secretariat.

Urrejola added that, during the working visit to Colombia, the IACHR will meet with various sectors, including official authorities of the executive, legislative and judicial branches; representatives of civil society organizations, groups, groups, unions and other representatives of sectors affected by the protests.

The IACHR added that it will mainly seek to listen to the victims of human rights violations and their families to receive testimonies, complaints and communications, which should be sent through the official website of the IACHR.

Urrejola also reported that, prior to the start of the official visit, he had a meeting with the Foreign Minister, Marta Lucía Ramírez, the Attorney General, Francisco Barbosa, and the Ombudsman, Carlos Camargo.

For his part, Camargo reported that a technical visit was received where the Ombudsman’s Office presented a report on the different figures that the office has and the complaints that have been made to the authorities.

Prosecutor Barbosa, through a statement, said that the meeting with the IACHR was “very important.”

He stressed that the visit is very important for Colombia and that he gave the IACHR the full balance of the demonstrations and the judicial work of the Prosecutor’s Office in the framework of the protests that the country has been experiencing since April 28.

Urrejola concluded his speech at a press conference saying that “once the work visit is over, all the information received will be analyzed, and a public statement will be issued containing observations and recommendations that seek to collaborate in strengthening human rights institutions.”