Burkina Faso: the Solhan tragedy “will not go unpunished”, assures the Prime Minister 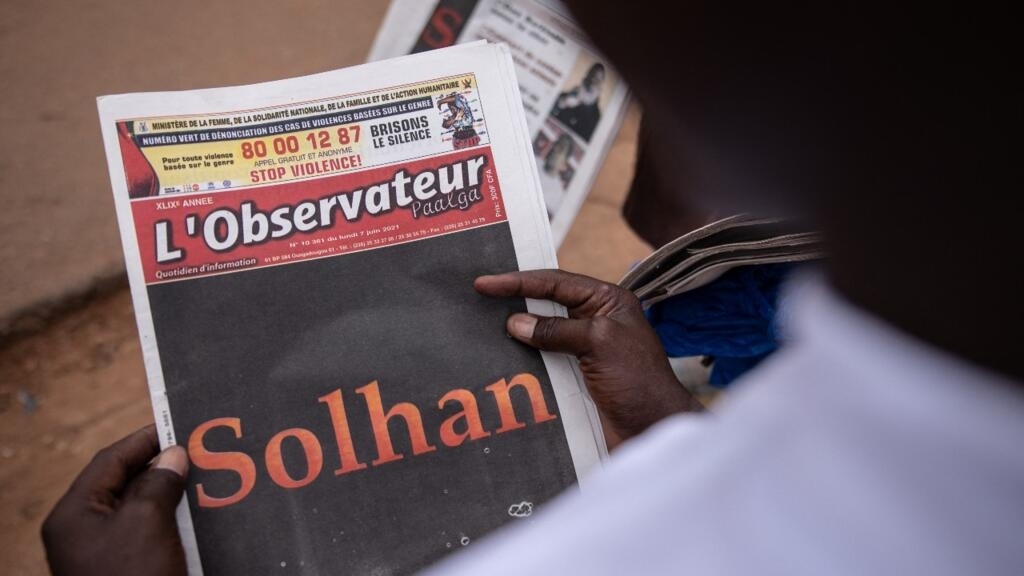 The head of the Burkinabè government, Christophe Dabiré, went to Sebba on Monday where he met survivors and relatives of the victims of the deadly jihadist attacks that have occurred in recent days. He asserts that Burkina Faso will be able to provide “an appropriate response”.

After the attacks that killed 160 people last weekend in northern Burkina Faso, Burkinabe Prime Minister Christophe Dabiré promised, Monday, June 7, that “this murderous incursion (…) will not go unpunished”. He spoke at the end of a meeting with the populations of Solhan, refugees in Sebba, the capital of the province of Yagha, where he went by helicopter with five members of the government.

“There is hope because we are going to reorganize ourselves to be able to provide the appropriate response to the situation,” he continued, before visiting the site of the attack. “The day after the attack, we took security measures and today this part of the territory is occupied by a certain number of forces which are in the process of sweeping”, added the Prime Minister.

On the night of Friday to Saturday, armed men, suspected of being jihadists, attacked the village of Solhan, in Yagha province (Sahel region), killing 132 people according to the government, while local sources evoke a death toll of 160.

On Monday, the governor of the Sahel region, Colonel Salfo Kaboré, banned “until further notice” the circulation of two and three-wheeled vehicles in this area. A measure in addition to a curfew introduced in these areas from 7 p.m. (local and GMT) to 5 a.m., in force since October 2019 and regularly extended since.

Yagha province is an area of ​​action of the Support Group for Islam and Muslims (GSIM, affiliated with Al-Qaeda) and the Islamic State organization. Rivals, they fight for the control of the territories.

The area had been virtually deserted for several months by the security forces. A military detachment was present in Sebba, about twenty kilometers from Solhan, but did not intervene until several hours after the attack.

The Security Forces are struggling to stem the spiral of jihadist violence which has left more than 1,400 dead and more than a million displaced since 2015.

At the end of 2019, Ouagadougou formalized the establishment of local self-defense groups, civilian auxiliaries of the army, the Volunteers for the Defense of the Fatherland (VDP). It is in the face of the “understaffed” of the army that President Roch Marc Christian Kaboré “authorized the enlistment” of VDP, according to Burlinabè researcher Drissa Traoré.

But, as in neighboring Mali where the state has unofficially supported several militias, the rise of this paramilitary group has led to reprisals against civilians, the first victims of the Sahelian conflict. They are targeted by the VDP and / or the army when they are suspected of supporting the jihadists, and by the latter when they are accused of being close to the authorities.

One thought on “Burkina Faso: the Solhan tragedy “will not go unpunished”, assures the Prime Minister”