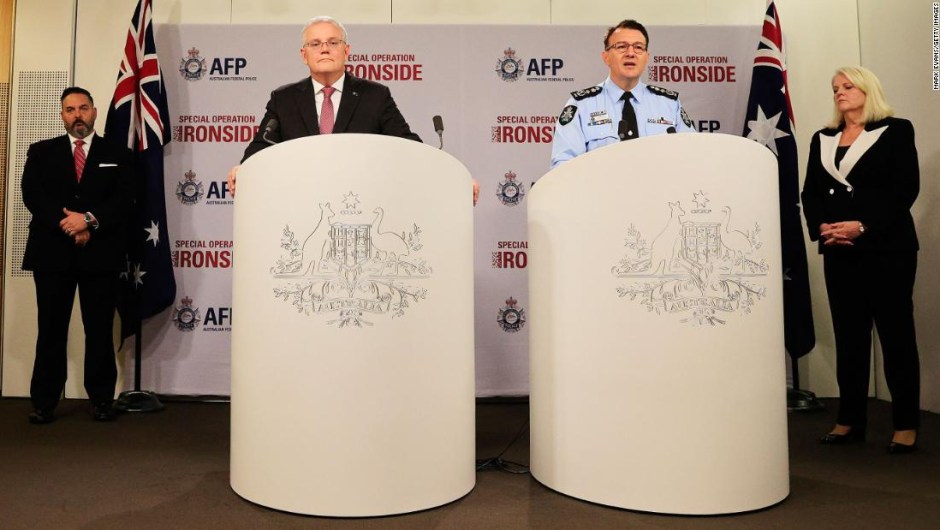 (CNN) – It was supposed to be the impenetrable communication tool of the underworld, a secure digital space for plotting crimes ranging from drug trafficking to murder, far from the sight of the law.

But for nearly three years, the FBI and the Australian Federal Police (AFP) covertly monitored an encrypted app used by criminals, leading to hundreds of arrests and tens of millions of dollars in asset seizures, authorities revealed Tuesday.

In a statement, the AFP He said they and the FBI had been reading criminals’ clandestine communications since 2018 on the ANoM app, a black market product that can only be accessed on specially prepared mobile phones.

According to AFP, the intelligence gathered from the decrypted messages led to the arrest of 224 suspects on more than 500 charges and the seizure of 3.7 tons of drugs and nearly US $ 35 million in cash over the past three years in Australia.

Operation Ironside, as the investigation was called, began three years ago as a collaboration between various global law enforcement agencies, including the FBI, AFP, New Zealand Police. and Europol.

Speaking at a press conference on Tuesday, the AFP Commissioner Reece Kershaw He said multiple criminal plots were also thwarted thanks to police access to the app, including a planned mass shooting at a suburban Australia cafe and the murder of a family of five.

ANoM could only be found on phones bought on the black market, which had been stripped of the ability to make calls or send emails, according to AFP. Phones could only send messages to another device that had the app, and criminals needed to meet another criminal to obtain a device.

“The devices circulated organically and grew in popularity among criminals, who relied on the legitimacy of the application because high-profile organized crime figures vouched for its integrity,” the AFP statement said.

Unknown to users of the app, the FBI had access to the app and its communications, which the organization later used to gather information on criminal operations.

Kershaw said the criminals did not use codes or pseudonyms in ANoM, blatantly discussing the crimes with the mistaken confidence that their communications were secure.

“Basically, we’ve been in the back pockets of organized crime and we’ve put a criminal takedown in motion like we’ve never seen before,” Kershaw said.

“The use of encrypted communication applications presents significant challenges to law enforcement and ANoM has given the law a window on a level of crime that we have never seen before on this scale.”

Hundreds of arrests and tons of drugs were also seized abroad as a result of the operation, AFP said, but did not specify where. Police also seized assets in Australia that authorities estimated would be worth millions of dollars once sold.

In total, over the three years, more than 9,000 police officers from 18 countries participated in maintaining the operation.

AFP said more arrests are expected in Australia and abroad as a result of the operation.

Kershaw added that there were other larger encrypted communication applications that the police were working to access.

1 thought on “For years, the underworld thought their phones were safe. Now they fell into the trap of an encrypted app”