Four members of Muslim family killed in attack in Canada 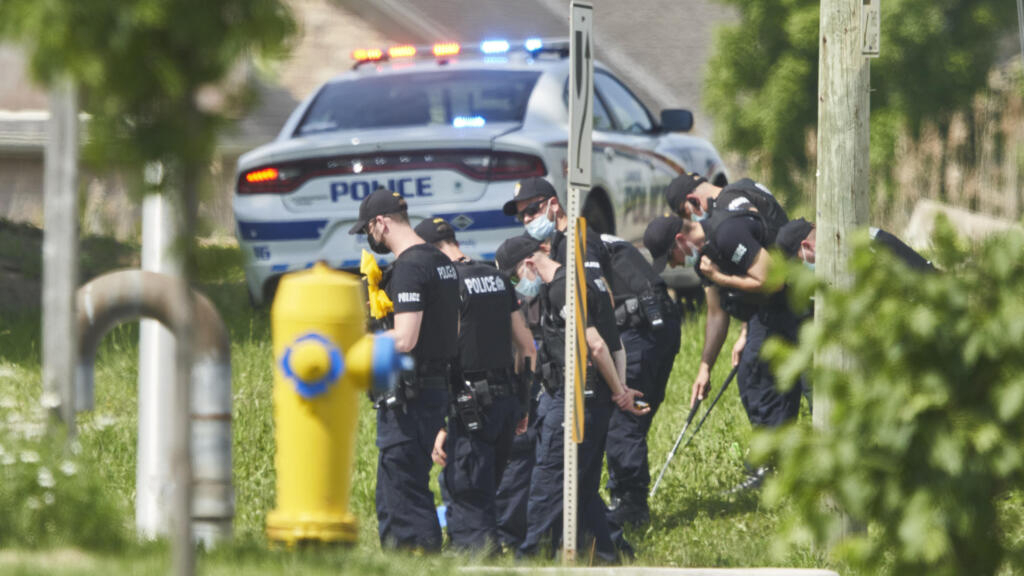 On Sunday evening, a man ran into a Muslim family driving their pickup in London, Canada, killing four. The suspect has been arrested. This premeditated attack was called a “horrible act of Islamophobia” by Ottawa.

Four members of a Muslim family were killed in a “premeditated” attack which occurred Sunday evening June 6 in the city of London, 200 km southwest of Toronto (Canada). This drama, which caused great emotion, constitutes the deadliest anti-Muslim attack in Canada since the shooting at the Quebec mosque in 2017.

Around 8:40 p.m. Sunday (2:40 a.m. in Paris Monday), according to the police, the five members of the family were waiting to cross a crossroads when a black pick-up “got on the sidewalk and hit them”.

The names of the victims were not disclosed, but they are a 74-year-old woman, a 46-year-old man, a 44-year-old woman and a 15-year-old girl, representing three generations of one family, said London Mayor Ed Holder.

A nine-year-old boy from the same family was also hospitalized in serious condition following the attack.

They are believed to be from Pakistan, according to local media.

The suspect, Nathaniel Veltman, 20, fled after the fact, but was quickly arrested 7 km from the scene and was charged Monday with four premeditated murders and one attempted murder. The police do not exclude adding “possible charges of terrorism” against him.

“A horrible act of Islamophobia”

“There is evidence that this was a premeditated and planned act, motivated by hate. We believe the victims were targeted because they were Muslims,” ​​said Paul Waight, police investigator. of the City of London.

“There is no known prior link between the suspect and the victims,” ​​he added. The man has no criminal record and no known affiliation with a specific group, police said. He was wearing a vest resembling a bulletproof vest when he was arrested.

“This is an event which must be described as a horrible act of Islamophobia”, reacted in the evening the Minister of Public Safety Bill Blair. “This mass killing, and other similar attacks, has the effect of terrorizing a targeted community and making people fear that their family might be next. No one should ever have to live this way.”

Prime Minister Justin Trudeau said he was “horrified”. “To the loved ones of those terrorized by yesterday’s act of hatred, we are here for you. Islamophobia has no place in any of our communities. This hatred is insidious and despicable – and it must stop,” he said. tweeted the head of government.

Attack in London: Justin Trudeau says he is “horrified”

To the Muslim community of London and to Muslims across the country, please know that we are with you. Islamophobia has no place in any of our communities. This hatred is insidious and contemptible – and it must stop.

For its part, the National Council of Canadian Muslims (CNMC) says it is “more than horrified and demands justice after the horrific hate-motivated car attack on a Muslim family in London, Ont., Who were out for a walk on Sunday evening. “. “This is a terrorist attack on Canadian soil and must be treated as such,” said its president, Mustafa Farooq.

The Muslim Association of Canada also called on the authorities to consider “this horrible attack as an act of hatred and terrorism”.

A drama that echoes a painful memory

Many bouquets of flowers were deposited all Monday evening at the scene of the tragedy. A vigil in memory of the victims is scheduled for early Tuesday evening in a mosque in the city.

“Let’s be clear, this is a mass murder perpetrated against Muslims, against Londoners, rooted in unspeakable hatred,” Holder said.

The attack brought back painful memories of a mass shooting in a Quebec mosque in January 2017, considered one of the worst attacks of its kind in a Western country, before that of Christchurch, New Zealand, in 2019 .

A Canadian supremacist, Alexandre Bissonnette, opened fire on the faithful gathered at the Quebec mosque, killing six people and seriously injuring five others. The gunman was sentenced to life in prison, but the safety period prohibiting his parole has since been reduced to 25 years, instead of 40 initially.