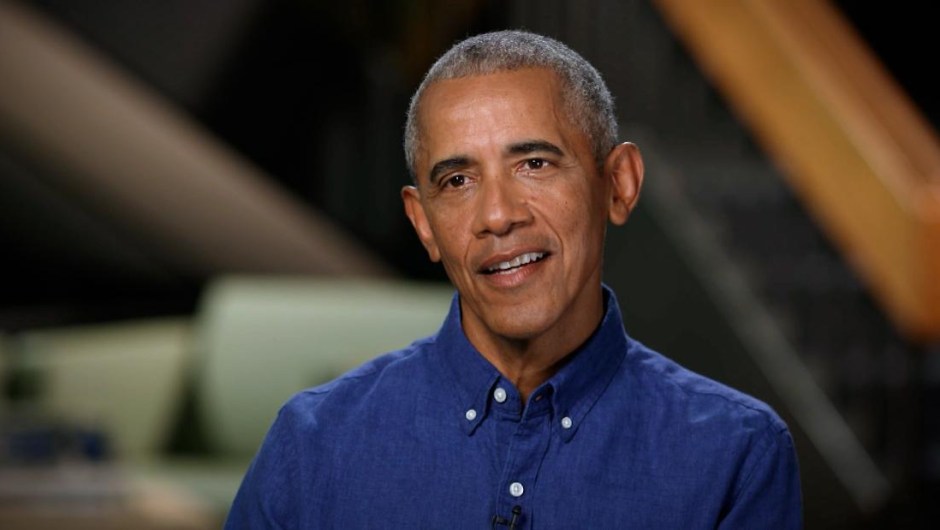 (CNN) – Former US President Barack Obama said Republicans have been “intimidated into accepting” a number of positions that “would be unrecognizable and unacceptable even five years or a decade ago,” and told CNN’s Anderson Cooper that he is concerned about the state of democracy in the country, in an exclusive interview that aired on Monday on CNN.

Obama, in an interview after his latest memoir, “A Promised Land,” was released in late 2020, said that he never thought that some of the “dark spirits” that began to emerge within the Republican Party during his mandate would become so dark and reach the epicenter of the party.

“We have to worry,” Obama said, “when one of our major political parties is willing to adopt a way of thinking about our democracy that would be unrecognizable and unacceptable even five years or a decade ago.”

The clearest example of this, Obama said, was the January 6 insurrection and how now “large portions of an elected Congress agree with the falsehood that there were problems with the elections.” The insurrection in the United States Capitol by Trump supporters occurred on the same day that 147 Republican lawmakers voted not to certify Joe Biden’s electoral victory in key states. The falsehood that the 2020 presidential election was stolen has been spurred by former President Donald Trump himself, who has since applauded the baseless Republican audits of the election.

When Cooper asked him about Republican leaders who briefly opposed Trump after the insurrection, Obama said, “And then, poof, all of a sudden they got back on the line.”

“Now, the reason for that is that the rank and file believed it and the rank and file believed it because this had been told not only by the president, but by the media that they watch,” Obama said. Later he added: “My hope is that the tides turn. But that requires each of us to understand that this experiment in democracy is not self-executing. It does not happen automatically.

Obama wrote extensively in his memoirs about how his historic election in 2008 created a wave of bitter and divisive turmoil that fueled Republican filibuster and ultimately changed the party to its current version. Trump, Obama argues in the book, sums this up, because to “millions of Americans scared by a black man in the White House, he promised an elixir for their racial anxiety.”

But Obama also looked beyond Trump in the memoirs, noting that the true rise of this type of republicanism began when Arizona Sen. John McCain, Obama’s opponent in 2008, chose then-Alaska Governor Sarah Palin as his partner. formula. “Through Palin,” Obama argued in the book, “it seemed as if the dark spirits that had long been lurking at the edges of the modern Republican Party … were finding their way to center stage.”

Obama praised some Republicans in his interview with CNN for protecting the presidential election, in particular Georgia Secretary of State Brad Raffensperger, whom the former president said was “very brave,” despite being “brutally attacked for it. ». Raffensperger became the target of Republican ire after defending the election results in Georgia, which gave Biden the state. Trump has endorsed Raffensperger’s main rival, Rep. Jody Hice.

But some of the former president’s sharpest remarks came when asked about the root causes of deep divisions in the country, divisions Obama attributed, in part, to questions about sources of information and race.

«We occupy different worlds. And it becomes much more difficult for us to listen to each other, to see each other, “said Obama, something the former president attributed to a nationalization of the media and politics.

“We have more economic stratification and segregation. Combine that with racial stratification and isolation from the media, so you not only have Walter Cronkite delivering the news, you have a thousand different locations, “Obama said. “All of this has contributed to the feeling that we have nothing in common.”

The solution, Obama said, is more face-to-face meetings where people listen to each other’s struggles and stories.

“The question now is how do we create those places, those meeting places for people to do that,” he said. “Because right now, we don’t have them and we are seeing the consequences of that.”