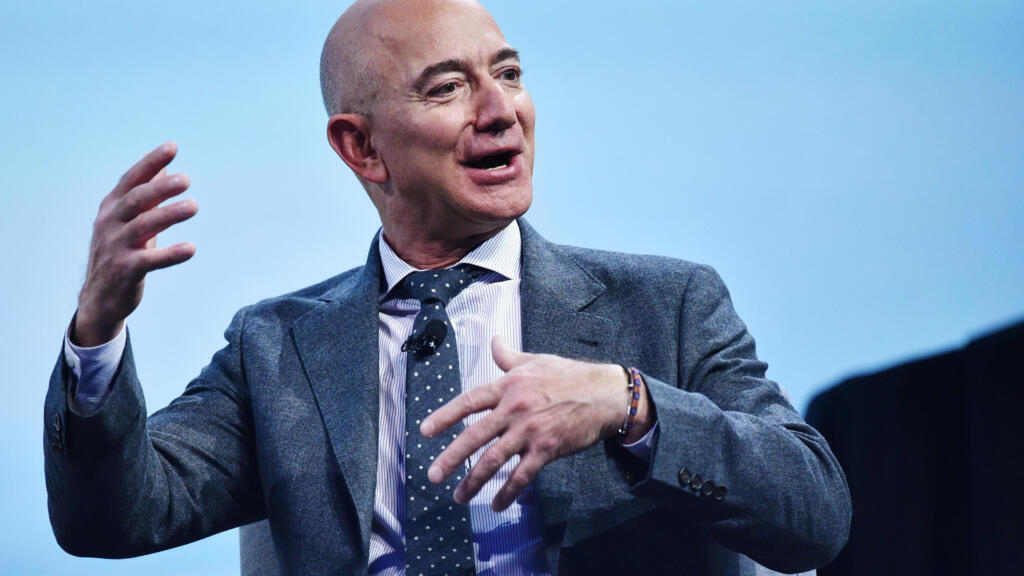 Seeking to establish himself in the race for space tourism, the future ex-boss of Amazon announced on Monday that he will fly with his brother and the winner of an auction in the first tourist flight of his company Blue Origin, July 20.

“Since I was five years old, I have dreamed of traveling in space,” Jeff Bezos wrote on Monday, June 7. The future ex-boss of Amazon will realize his dream and set off on July 20 with his brother and the winner of an auction in the first tourist flight of his company Blue Origin.

The staging of this announcement was cleverly orchestrated: in a video posted on his Instagram account, he offers his brother, Mark, to accompany him and hugs him. “I didn’t even expect him to say he would be on the first flight,” his brother comments in this short video.

The founder of the Seattle group, who will remain chairman of the board of directors, gives himself a gift of departure in the stars before leaving the controls of Amazon to Andy Jassy on July 5, two weeks before the planned launch .

This publicity stunt is also strategic, at a time when competition is raging between the company he founded, Blue Origin, the SpaceX group led by Elon Musk, and Virgin Galactic founded by Richard Branson.

Of the three competitors in space tourism, Jeff Bezos should be the first to take the plunge himself.

Mr Branson could board a test flight during the summer aboard the Virgin Galactic ship, but no specific date has been announced. His company expects regular commercial operations to begin in 2022. The group has already sold some 600 tickets for between $ 200,000 and $ 250,000.

Many congratulations to @JeffBezos & his brother Mark on announcing spaceflight plans. Jeff started building @blueorigin in 2000, we started building @virgingalactic in 2004 & now both are opening up access to Space – how extraordinary! Watch this space …

An important source of income

Blue Origin’s rocket, New Shepard, passed fifteen tests to above the Karman Line, which internationally conventionally marks the start of space, 100 km above Earth. But she’s never flown with humans on board before.

“It’s a daring choice”, commented Monday Dan Ives, analyst for the firm Wedbush, on the financial channel CNBC, in reference to the danger represented by the mission and the risks of accidents. Amazon shareholders did not hold it against him for the moment, the share price fell just 0.39% on Wall Street around 6 p.m. (Paris time), while Virgin Galactic soared 10 %.

Space represents a priority for Jeff Bezos, and a potential source of considerable income, although Blue Origin is currently lagging behind its main competitor SpaceX in the field of satellites as well as missions in space.

Tourism may offer high income prospects, such as the price reached in the auction of the third ticket accompanying Mr. Bezos and his brother, $ 2.8 million according to Blue Origin on Monday.

Nearly 6,000 people from 143 countries participated, the company adds, and the stakes could rise again before betting ends on June 12. However, the funds will go to the foundation created by Blue Origin, Club for the future, intended in particular to encourage younger generations to start careers in the scientific community.

A researcher will be part of the trip

On the day of departure from New Shepard on July 20, the rocket will take off vertically and the capsule will separate at about 75 km in height, continuing its trajectory until exceeding 100 km in altitude.

Passengers on board will then be able to float in zero gravity for a few minutes and observe the curvature of the earth. During this time, the rocket will descend to land gently on a runway, still vertical.

Then the capsule will itself begin a free fall to return to Earth, and will be slowed down by three large parachutes and retro rockets before landing in a desert in West Texas.

Also very concerned about its communication, Virgin Galactic announced at the beginning of June that it would send a 32-year-old researcher very followed on the social network TikTok to conduct experiments there for a few minutes in weightlessness.