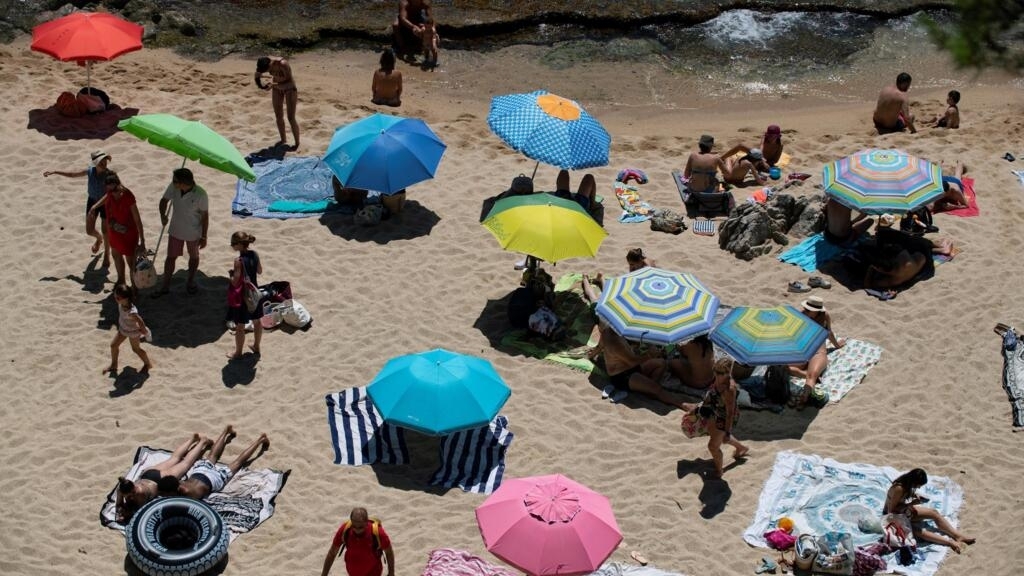 As the summer holidays approach, the countries of Europe are organizing themselves to be able to welcome tourists again with PCR tests, a health pass or even barrier measures to be observed on site. State of play.

In 2020, very few holidaymakers have risked traveling outside their borders for the summer holidays. A year later, even if the health crisis is not over, European countries are organizing to welcome tourists again, focusing everything on PCR tests, mandatory health passes and measures to be observed on site. Overview of the measures applied in Spain, Italy, Greece and the United Kingdom.

• All vaccinated people welcome in Spain

The summer of 2021 is expected to be significantly brighter for the tourism sector in Spain, with a level of activity representing almost 70% of that of summer 2019, compared to barely 30% in 2020 compared to 2019, according to a report. of the employers’ organization Exceltur published at the end of April.

As part of a decision taken at the level of the European Union, Spain has decided to allow entry, from Monday June 7, all people vaccinated regardless of their country of origin. Travelers from the EU, unvaccinated, must present a negative PCR or antigen test of less than 72 hours upon arrival and complete a health form.

The only exception: the British. First contingent of tourists in the country in normal times, they can already enter Spain. On the other hand, the country is still considered at risk by the United Kingdom, which imposes a quarantine on return to its nationals, enough to dissuade them from coming to enjoy the sun.

In contrast, unvaccinated travelers from the United States and the vast majority of non-EU third countries cannot re-enter Spain except for very limited reasons. China, Japan (since May 24), South Korea, Thailand and Singapore are the only Asian countries for which Spain allows entry of travelers without a negative PCR test.

On site, wearing a mask remains compulsory even in the open air, except at the beach if holidaymakers “stay in a specific place and respect the minimum distance of 1.5 meters from people”. On the other hand, you will have to wear it if you walk on the beach.

The restrictions, particularly in the hotel and catering industry, vary according to the 17 Spanish regions, which are competent in matters of health and are regularly modified. The region of Madrid and Catalonia no longer have a curfew and bars and restaurants can open until 1 a.m. in the first and midnight in the second.

In Italy, passengers arriving from the EU, UK and Israel must present a negative PCR or antigen test carried out within 48 hours of arrival in Italy. They are not subject to quarantine but must complete a health form.

For passengers coming from Australia, South Korea, Rwanda, Thailand, Canada and the United States, a negative PCR or antigen test carried out in the 72 hours before arrival is necessary as well as a ten-day quarantine with new test at the end. Italy is off-limits to tourists from Brazil, India, Bangladesh and Sri Lanka.

To get to Portugal, all tourists must be in possession of a negative PCR test less than 72 hours. Can come passengers from EU countries, Schengen countries (Liechtenstein, Norway, Iceland and Switzerland) and the United Kingdom. Flights from Australia, South Korea, Israel, New Zealand, Rwanda, Singapore, Thailand, China are also allowed.

On site, tourists must respect the rules of distancing and wearing a mandatory mask in particular. The government has also defined a set of rules for beaches and public swimming pools. For example, a distance of at least three meters between the parasols must be respected. An information system on beach occupancy has also been launched with 3 colors depending on the level of occupancy.

>> “United States: the distress of the Europeans stranded on both sides of the Atlantic”

• A location form to be completed in Greece

Citizens of the European area, Schengen and assimilated, as well as permanent residents of some twenty countries including Canada, the United States, Israel, China, Thailand, Russia, Saudi Arabia can enter country but are subject to certain regulations.

It is necessary for them as well complete an online tracking form at least the day before their arrival in Greece, present upon boarding either a complete vaccination certificate completed at least 14 days before travel, or the result of a negative PCR test for coronavirus less than 72 hours, or a certificate recovery (post-infection immunity certificate).

On site, the wearing of a mask remains compulsory for the moment in Greece, even outdoors. To travel to the islands, travelers must present a negative PCR or antigen test, self-test, or vaccination certificate. Nightclubs and indoor performance halls remain closed. In the restaurant, the number of people around a table is limited to 6.

The United Kingdom is de facto almost closed to foreign tourists given the strict restrictions imposed at the borders for arrivals, with most countries (especially European) around 40 and expensive tests to be carried out. For some (including South America, India, Turkey …), it goes even further, the country imposing a quarantine at the hotel for 1,750 pounds sterling (2,000 euros).

There are only a handful of countries classified as green exempt from quarantine, but this list is updated every three weeks and Portugal has just been removed three weeks after joining. The tourism industry is therefore focused on British visitors, encouraged to stay in their country this summer.

A large part of the restrictive measures have been lifted, the last (limits on gatherings, standing service in pubs, nightclubs) are due on June 21, but this last step is likely to be postponed due to the push recent of the Indian variant.

1 thought on “Tests, health pass … how is Europe organized to welcome tourists?”