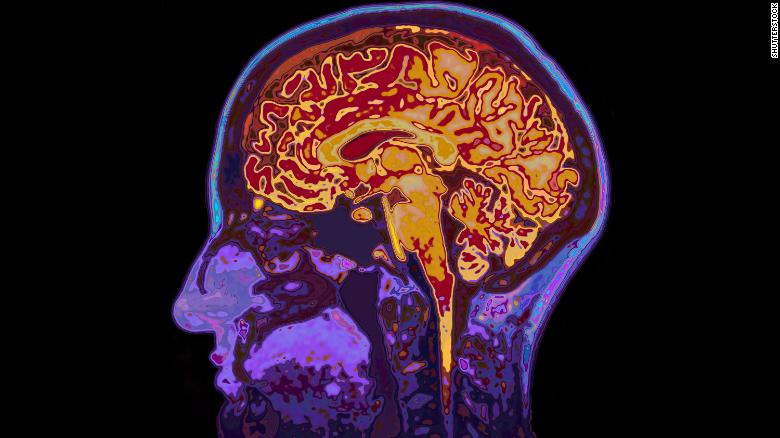 (CNN) – After more than a year of meeting on Zoom every month, Amy Ettinger’s book club members recently tried something radical: they got together in real life.

The move was a fundamental change from routine. Ettinger had established the book club at the start of the covid-19 pandemic, and she and five or six other women from Santa Cruz, California, had met 13 times in the virtual space.

From the beginning, the plan was to eventually transition to a face-to-face club. Finally, at the end of May, they achieved their goal, gathering outside in the courtyard of one of the members.

Although the women were unfamiliar with how to act in person at first, the meeting quickly became fun and effortless, Ettinger said. The women shared stories about parenting during the pandemic. They smiled. They laughed. Sure, at some point, they managed to discuss the book of the month, «Girl, Woman, Other» by Bernardine Evaristo when we have the information.

But really, it was about reinforcing the connections.

“When we first met at Zoom, we spent most of the time talking about the books,” said Ettinger, a writer from Santa Cruz. “When we met in person, it was like this chip-swapping experience: we talked less about the book and more about our lives. It was a very welcome change for all of us. Truly a relief.

In book clubs and in boardrooms, among colleagues and friends, similar bonding experiences are developing across the country as states ease restrictions caused by COVID-19. A recent study could explain why.

Turns out there are real benefits to meeting face-to-face, according to the study, published in Journal of Neuroscience. Familiarization in real life stimulates the brain differently and produces stronger and faster connections, the study reports.

Anatomy of a brain study

Our brains appear to form stronger connections from in-person encounters as opposed to indirect forms of contact, according to a study completed earlier this year.

Neuroscientists Géza Gergely Ambrus, Gyula Kovács and their colleagues were interested in how we got to meet new people in different situations.

The study was conducted at the Friedrich Schiller University of Jena in Germany between February 2019 and the beginning of this year.

“Since the pandemic began, many people have met only through video chat,” wrote Ambrus, the lead author, in a recent email. “Just under 200 years ago, photography was not even invented, whereas today connecting with each other without face-to-face contact is a normal part of our lives. From a neuroscience perspective, this leads to a multitude of interesting questions about how our brain perceives different ways of interacting, both online and offline.

To delve into this phenomenon, the researchers separated the study participants into three groups. Each group got to know two new people in a different way: personal interaction, chatting with laboratory technicians; perceptual exposure, through an identity classification game using still photographs; and exposure to the media, from watching a television program.

The strength of people’s familiarity with each other, called the familiarity effect, was tied to the situation in which the participants met the new faces: personal interaction made the strongest difference, followed by media exposure. Perceptual exposure had little impact overall.

The researchers recorded the participants’ brain activity with an electroencephalogram (EEG), a device that detects electrical activity in the brain. They took these readings twice: once before the participants got acquainted with the new people and once after. In all three groups, the second EEG reading revealed a distinct pattern of brain activity around 400 milliseconds after the participants saw the now familiar faces.

The psychology behind being face to face

When you watch favorite movies like “Clueless,” you can start to feel like you “know” the actors. (Stacey Dash, left, as Dionne, and Alicia Silverstone, as Cher.)

The idea came from watching movies, Kovács said, after seeing actors in movies and online interview clips and feeling like he really “knew” them. Yet he knew that they had never met.

“What we’ve been experiencing in the last few decades, with the advancements in the media industry, are a lot of ‘parasocial’ interactions,” explained Kovács.

“When we watch a television series, we can later feel that we recognize their faces, even though we never met the person,” he said. “However, our brain has been trained to get acquainted with someone through direct personal interaction, so this is still the fastest way to get to know someone.”

McBride, who was not involved in the study, noted that all substantive relationships rely on in-person interactions and incorporate everything from body language to nuances that tiny video cameras can’t capture.

He said this broader context is particularly important for children, who need an in-person human connection for their social-emotional development. “The foundation of any healthy relationship is born in the real world,” said McBride, who recently wrote a opinion piece on the subject for CNN.

“Relationships require trust and a safe, non-judgmental space for open conversation and the exchange of ideas,” he said. “A computer can provide some of that for a while, but over time, we need more human connection than the pandemic provided, for our overall health and well-being.”

The lack of in-person connection during the pandemic has threatened our collective mental health, said Jennifer Kelman, a licensed clinical social worker in Boca Raton, Florida.

For this reason, Kelman said that people should return to real-world meetings as soon as they feel it is safe.

“He missed so much in the past year,” said Kelman, who serves as a psychology expert for JustAnswer.com. “Many of us have forgotten how to relate on a fundamental level, and it is important that we get that back.”

Marshall Smith, owner and operator of Bar Max, delivers drinks to vaccinated diners April 16 in Denver, Colorado. Everyone will have to explore their own comfort zones to return to the world.

The best way to get in a position to see people face to face again is to get vaccinated.

Recent messages from the U.S. Centers for Disease Control and Prevention (CDC) say that fully vaccinated people can resume their activities without wearing a mask or physically distancing themselves, except as required by federal, state, local, tribal or territorial laws, rules and regulations, including local businesses and workplaces.

As euphoric as it is to dive headfirst into pre-pandemic activities, it can also be a bit awkward to go back to 2019 standards all at once.

Kelman recognized this and pointed out that other constructive ways to get back into the rhythm of face-to-face meetings could be outdoor gatherings like the one Ettinger had with his book club, outdoor yoga, or walks in a park.

For those comfortable indoors, large, uncrowded spaces are probably best at first.

“Each and every one of us has the right to negotiate this pandemic in the way that feels best,” Kelman said. “Yes, the deepest connections can only happen if you are interacting with someone face to face, but it is also perfectly fine if after 15 months of living through this trauma it takes you or someone else a while to get there.”

Matt Villano is a writer in Healdsburg, California. He is excited to be playing IRL poker with his friends again.

1 thought on “Why face-to-face meetings are still important, according to a neuroscientific study”