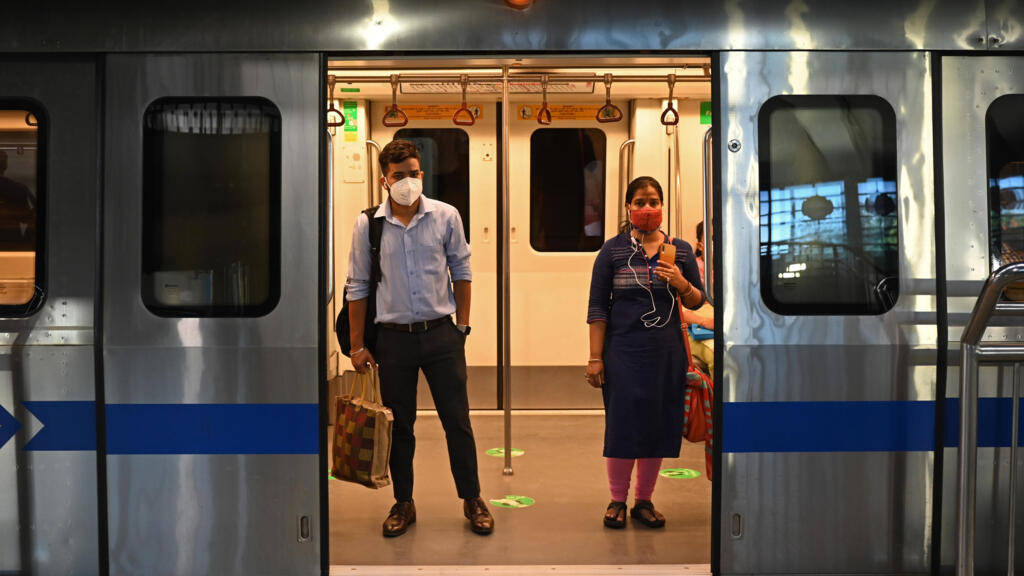 Some large Indian cities, including the capital Delhi, have started to lift restrictions linked to the health crisis after a significant drop in the number of Covid-19 infections. However, the disease continues to spread in rural areas.

New Delhi and Bombay began, Monday, June 7, to lift the restriction measures after a drop in Covid-19 contamination across the country, where they reached their lowest level for two months.

“We must continue to protect ourselves from infections and get the economy back on track,” Delhi Prime Minister Arvind Kejriwal tweeted Monday (June 7th). Some businesses and shopping centers have reopened after weeks of closure. The Indian capital’s metro operates at 50% of its capacity.

Likewise, in Bombay, India’s economic heartbeat, shopping centers are reopening although subject to restrictions. In cities where the number of cases is lower, such as Nagpur and Aurangabad in the state of Maharashtra, they are open without being capped.

>> To see: “India: the Covid-19 pandemic leaves behind countless orphans”

“It’s a step in the right direction,” said Rajendra Kalkar of Phoenix Mills, manager of three shopping centers in Maharashtra, the country’s richest state. “The activity of shopping centers is slowly picking up. This is a step expected by the thousands of people employed by shopping centers and stores.”

The West India Hotel and Restaurant Association estimated that more than two million jobs were lost during the containment of Maharashtra, which includes Mumbai.

The disease on the rise in rural areas

Experts say while the crisis eases in Delhi, Bombay and other major cities, the disease continues to spread to rural areas and some southern states.

On Monday, India reported just over 100,000 contaminations in 24 hours, compared to over 400,000 on average in May. The death toll has also fallen with nearly 2,500 deaths reported in the past 24 hours, although this toll appears grossly underestimated.

India’s health ministry has estimated that the total number of deaths since the start of the pandemic is just under 347,000. Experts say the tolls are broadly underestimated.

The upsurge in the virus at the time was attributed to the emergence of new variants and the government’s authorization to return to normal, with political rallies and religious festivals.

The immunization program is progressing slowly due to shortages, confusion and feuds between the federal government and those in regional states.

Currently, only about 180 million people, or 14% of the population, have received one dose of the vaccine and 45 million, or 3.4%, have received two doses.

1 thought on “Covid-19 in India: Delhi and Mumbai begin to lift restrictions”