Wave of indignation after remarks by Jean-Luc Mélenchon deemed conspiratorial 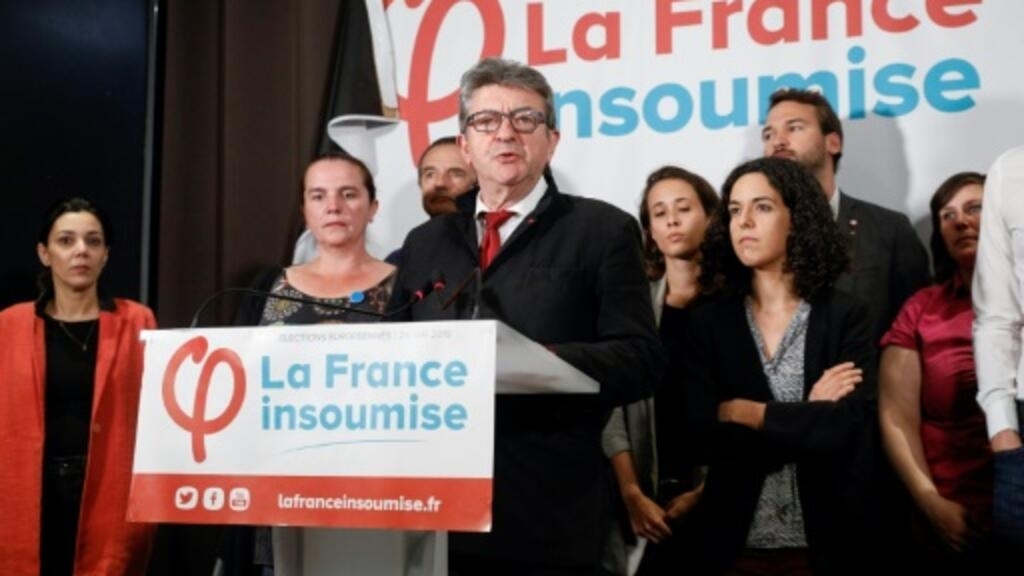 The whole of the political class condemned the remarks of the leader of rebellious France who evoked, Sunday, the idea that a “serious incident or a murder” is already planned for “the last week of the presidential campaign” of 2022 with the aim of “pointing fingers at Muslims”.

“You will see that in the last week of the presidential campaign, we will have a serious incident or a murder”, to “point the finger at Muslims”, “all that is written in advance,” said Sunday June 6 , Jean-Luc Mélenchon (LFI), arousing a wave of indignation in the political landscape.

Asked in The Political Questions program (France Inter / Le Monde / Franceinfo), the leader of the rebels and presidential candidate first indicated that he wanted Emmanuel Macron “to represent himself”, because “we will have something to say” on his “record”.

>> To read: The union of the left, this Arlésienne in which many people do not believe

“Otherwise, we get another little Macron out of the hat, (…) we do not know who he is, poof, he is elected president. It is the system that invents him. The last time, Macron , it arrived at the last moment. There, they will perhaps find another one, “he continued.

“Each time, they find one. In all the countries of the world, we elected little Macrons, his name was Macri in Argentina, (…) he was in Ukraine a guy who played in a series of television (an allusion to Volodymyr Zelensky, elected in 2019, Editor’s note). In all the countries of the world, they invented a type like that, which came out of nothing, and which was carried by an oligarchic system, “continued the boss of Rebellious.

“Just as you will see that in the last week of the presidential campaign, we will have a serious incident or a murder. It was Merah in 2012 (jihadist author of the killings in Toulouse and Montauban, in particular in a Jewish school, Editor’s note) , that was the attack last week on the Champs-Élysées (in 2017, a jihadist murdered the police officer Xavier Jugelé, Editor’s note), before we had Papy Voise (Paul Voise, a retiree assaulted at his home in Orleans in April 2002, Editor’s note), which no one has ever heard of afterwards. All that is written in advance, ”then launches Jean-Luc Mélenchon.

“We will have the little character out of the hat, we will have the extremely serious event which will once again allow us to point the finger at Muslims and invent a civil war, there you have it, all that is wrong,” concludes the deputy. BIA.

The exit of Jean-Luc Mélenchon sparked a series of indignant reactions. Latifa Ibn Ziaten, whose military son was killed by Mohammed Merad, denounced “inadmissible” remarks, demanding “respect for the victims”.

The words of Jean-Luc Melenchon are inadmissible and should not even be kept.

I am the mother of Imad, a soldier who died standing in the face of obscurantism in March 2012. Respect is a minimum for the honor of my son, other victims and bereaved families. https://t.co/AxU9OiVOMe

“When we handle demagoguery in this way, we cannot claim to become President of the Republic”, lambasted the head of the PS group in the Assembly, Valérie Rabault, deeming “unacceptable” to “reduce the atrocities of the attacks in Montauban and Toulouse in 2012 to electoral scheming “.

“We are really beyond shame,” LREM MP Aurore Bergé also reacted on Twitter.

Within the government, the Minister for Citizenship, Marlène Schiappa, denounced Monday on BFMTV “a mixture of paranoia and conspiracy”.

“The insinuation is the negation of democracy”, estimated the French Secretary of State for European Affairs Clément Beaune, while that of Digital, Cédric O, denounced a “political and republican shipwreck”.

Jean-Luc Mélenchon “is not a conspirator”

“The anti-conspiracy conspirators are out. They deny that the assassins are making their move when they are talked about. Inane remarks. Unless it is to cover them,” replied Jean-Luc Mélenchon, on the same social network , citing as inspiration an article from Figaro on “the attacks and various facts which upset the presidential campaigns”.

The anti-conspiracy conspirators are out. They deny that the assassins are making their move at the moment that makes people talk about them. Inane words. Unless it’s to cover them up.


Jean-Luc Mélenchon “is not a conspirator” and aimed by these words “the extreme right”, also defended Monday Clémentine Autain, head of the LFI list for regional in Ile-de-France.

“What he meant is that the assassins who do that know when they are doing it,” said Clémentine Autain, saying he shared this point of view. And “what he was aiming for is the extreme right” which “exploits what is happening (…) to assert xenophobic, liberticidal, anti-republicans” remarks.

“The anti-Mélenchon crusade continues”, added the number two of LFI, Adrien Quatennens, in a tweet, assuring that the leader of the movement “denounced the instrumentalization, predictable, written in advance, of such events during an election period. “.