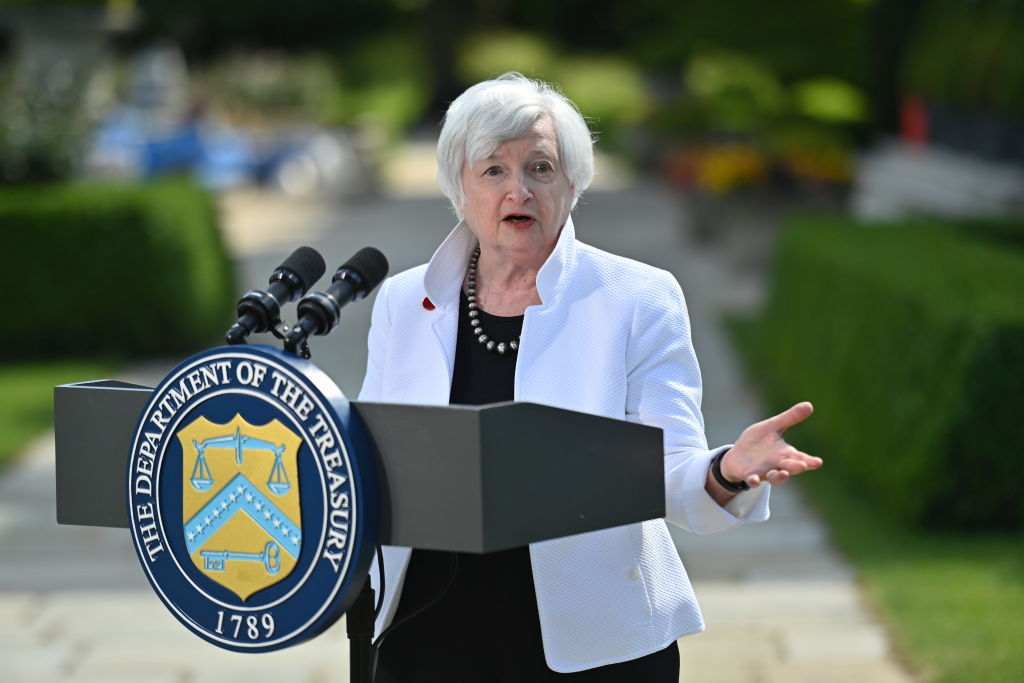 London (CNN) – Finance ministers from the Group of Seven (G7) meeting in London agreed on Saturday to back a global minimum tax of at least 15% for multinational companies. The G7 also agreed that larger companies must pay taxes where they generate sales, and not just where they have a physical presence.

UK Finance Minister Rishi Sunak announced the deal via video posted on Twitter this Saturday, in which he said that the G7 finance ministers – from Canada, France, Germany, Italy, Japan, the United Kingdom and the United States – had “reached a historic agreement in order to reform the system. global taxation to make it fit for the global digital age and, crucially, ensure that it is fair for the right companies to pay the right taxes in the right places.

The deal was made during a meeting of G7 finance ministers in London, attended by US Secretary of the Treasury Janet Yellen, who sought support for the administration’s efforts to rewrite international fiscal rules and discourage US companies from posting profits abroad.

Yellen said Saturday that the agreement was a “significant and unprecedented commitment” by the world’s richest economies, aimed at preventing companies from avoiding taxes by shifting their profits abroad.

“The G7 Finance Ministers have made a significant and unprecedented commitment today that provides enormous momentum to achieve a robust global minimum tax at a rate of at least 15%,” Yellen wrote in the statement.

“That global minimum tax would end the race to the bottom in corporate taxes and ensure fairness for the middle class and working people in the United States and around the world,” he said. He added that the tax would also level “the playing field for business and encourage countries to compete on positive foundations, such as educating and training our workforce and investing in research and development and infrastructure.”

Tech giants like Apple, Facebook and Google could be affected by the deal. Foreign governments have long complained that big digital companies should pay more taxes. Some have recently passed taxes that specifically target revenue generated by such companies, including US-based ones like Facebook, Google, and Amazon.

Nick Clegg, Facebook’s vice president of global affairs, said in a statement that the company had “long called for reform of global tax rules.” “We welcome the important progress made at the G7,” he added.

“We want the international tax reform process to be successful and we recognize that this could mean that Facebook pays more taxes and in different places,” added Clegg.

Google said it strongly supports the work done to update international tax rules. The company hopes that “the countries will continue to work together to ensure that a balanced and lasting agreement is finalized soon,” Google spokesman José Castañeda said in a statement to CNN.

And an Amazon spokesperson said: “We believe that an OECD-led process that creates a multilateral solution will help bring stability to the international tax system. The G7 agreement marks a positive step in the effort to achieve this goal. We look forward to seeing the discussions continue to move forward with the broader G20 alliance and the Inclusive Framework.

The deal marks a significant victory for the Biden administration ahead of the G7 leaders’ summit next week in Cornwall, demonstrating an initial ability to build consensus in the group.

Led by Yellen, the United States had been pushing hard for such an agreement before the G7. While this is separate from the 15% US corporate minimum tax that Biden has proposed as part of ongoing infrastructure negotiations, officials see it as a critical element of their broader tax agenda.

Biden’s plan to pay at least $ 1.4 billion in new infrastructure spending depends largely on gaining the backing of a global minimum tax for corporations that increases payments to the Treasury.

Setting a minimum rate could help deter companies from shifting their profits to countries where they would pay less tax.

This Saturday’s agreement could help speed up parallel tax negotiations between roughly 140 countries led by the Organization for Economic Cooperation and Development (OECD).

OECD Secretary General Mathias Cormann welcomed Saturday’s announcement, calling it a “historic step towards the global consensus needed to reform the international tax system.” He added in the statement that the decision added “an important impetus” to the upcoming parallel tax negotiations.

Ireland, which has successfully recruited international companies – including the big US tech companies – by offering a corporate tax rate of just 12.5% ​​is one country that has expressed significant reservations about Biden’s proposal.