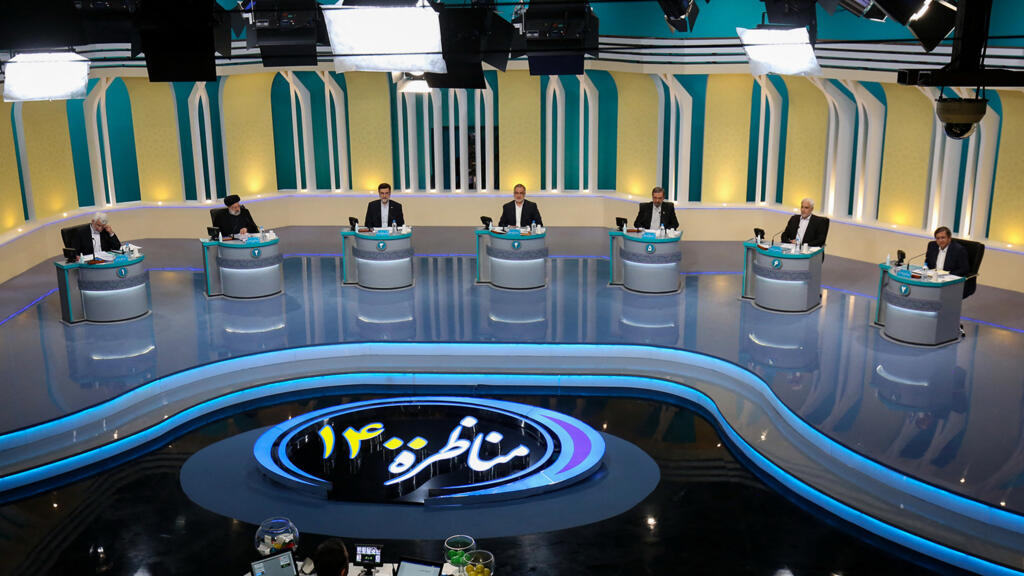 The seven Iranian presidential candidates participated in the first televised debate two weeks before the poll on Saturday. An exchange marked in particular by accusations between reformers and ultraconservatives on the economic situation of Iran.

The first live televised debate between the June presidential candidates in Iran was marked on Saturday June 5 by an exchange of accusations between reformers and ultraconservatives who blamed themselves for the economic crisis in the country.

After the invalidation of the candidacies of several personalities, only seven candidates remain in the running, including five ultraconservatives and two reformers without national stature, including Abdolnasser Hemmati, the former governor of the Iranian Central Bank.

“The two moderate candidates directly attacked Ebrahim Raïssi, the current head of justice, an ultraconservative perceived as the candidate of power for this election. They accused him of being incompetent and of not having the necessary knowledge in economic matter to improve the economic situation and daily life of Iranians, “said Siavosh Ghazi, France 24 correspondent in Tehran.

Iran’s foreign policy was also part of the debate. Attacking the ultraconservative candidates, Abdolnasser Hemmati accused them of undermining Iran’s international relations, preventing the country from profiting from the nuclear deal concluded in 2015 between Tehran and the international community.

For their part, the ultraconservative candidates urged the former governor of the central bank to take responsibility for the crisis, accusing him of defending the government’s economic record.

“Only Ebrahim Raïssi refused to enter into attacks, claiming that he was there to improve the situation of the Iranians”, comments Siavosh Ghazi. The head of the Judicial Authority is a favorite for the presidential election, benefiting from the invalidation of the candidacy of several personalities who could have overshadowed him.

Citing “numerous polls”, Ebrahim Raïssi judged during the debate that “one of the concerns of the population” was “the dishonesty of certain officials” of the government. He also expressed concern over inflation, “one of the serious problems people face today.” “The prices of basic products have increased considerably,” he added.

The Iranians are called to the polls on June 18 to elect a successor to President Hassan Rouhani, whose policy of openness failed with the United States denouncing in 2018 the Iranian nuclear deal reached three years earlier in Vienna.

The atmosphere in the country is one of general discontent with the serious economic and social crisis caused by the reinstatement of American sanctions following the United States’ exit from this agreement.

In February 2020, the legislative elections were marked by a record abstention (57%) against a background of massive invalidation of moderate and reformist candidates, and the media also fear a low turnout for this election.

The candidates must meet for two more televised debates scheduled for next Tuesday and Saturday.

1 thought on “Iran: a first presidential debate marked by accusations on the economy”