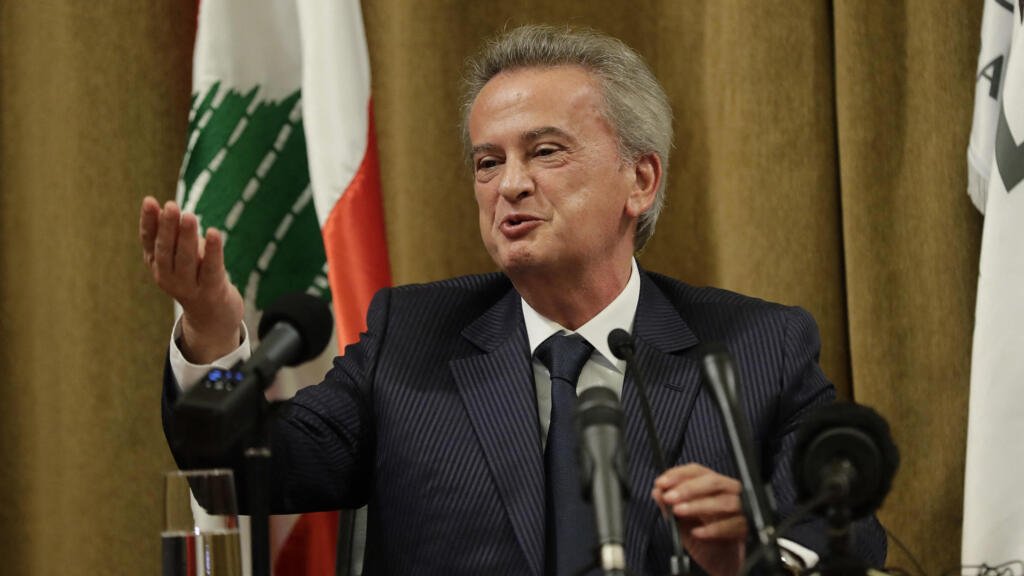 Several complaints filed by French and Lebanese anti-corruption NGOs have led the French justice to launch an investigation for “criminal association” and “organized money laundering” against Riad Salamé, the much contested governor of the central bank of Lebanon.

After Switzerland, French justice is in turn interested in the heritage in Europe of the governor of the central bank of Lebanon, Riad Salamé.

A few weeks after having received two complaints against the Lebanese Riad Salamé and his entourage, the National Financial Prosecutor’s Office (PNF) opened a preliminary investigation for “criminal association” and “organized money laundering”, learned on Sunday June 6th. ‘AFP from a source close to the case, confirmed by a judicial source.

The investigations should in particular shed light on the origin of the rich heritage of the governor of the central bank of Lebanon, now 70 years old.

While he had already been targeted for several months by an investigation in Switzerland for “aggravated money laundering in connection with a possible embezzlement to the detriment of the Banque du Liban”, two complaints were filed in April in France, where Riad Salamé owns several properties and where suspicious financial flows may have passed.

The first was filed by the Swiss foundation Accountability Now, according to the daily Le Monde. The second comes from the NGO Sherpa, which fights against serious financial crime, and the “Collective of victims of fraudulent and criminal practices in Lebanon”, formed by savers looted during the crisis that has hit the country since 2019.

“A mega-investigation is opening, ecumenical, with a European dimension”, welcomed the lawyers of Sherpa and the collective, Me William Bourdon and Amélie Lefebvre, to AFP, at the announcement of this French investigation. “Vast laundering operations will be auscultated which should open all the drawers of the mafia which brought Lebanon to its knees”, they hope.

Their complaint, consulted by AFP, accuses Riad Salamé and four members of his entourage – his brother Raja, his son Nadi, his nephew and a close collaborator at the Lebanese central bank, Marianne Hoayek – of having fraudulently constituted a rich heritage. in Europe.

The associations thus ask the justice to investigate the massive flight of Lebanese capital since the start of the economic crisis in Lebanon, the acquisition of luxury real estate in disproportion with the income of the people concerned, but also on the responsibility of intermediaries. financial institutions, via tax havens and nominees.

According to the plaintiffs, “the global heritage” of Riad Salamé “today exceeds 2 billion dollars”. “Its identified assets in Luxembourg reached $ 94 million in 2018”, underlines the complaint, which is based in particular on the revelations of the Lebanese site Daraj.com and the investigations of a platform, the Organized Crime and Corruption Reporting Project ( OCCRP). Figures that Riad Salamé disputed, claiming to have built his fortune from inheritances and his career in finance.

Riad Salamé, one of the most boasted figures in Lebanon

Arrived at the head of the Lebanese central bank in 1993, after having worked for twenty years as an investment banker with Merill Lynch in Beirut and in Paris, this influential character has long been hailed by the Lebanese political class and the economic world.

But while Lebanon is facing an unprecedented economic crisis, this close friend of the Hariri family clan is today one of the most boasted of in the streets.

Public opinion suspects him of having, like other senior officials in the country, quietly transferred large sums abroad during the October 2019 uprising, despite the draconian restrictions adopted by the banks.

OMIKRON attacks: The situation has worsened in 60 districts! Bratislava and Košice – Topky.sk are not good either