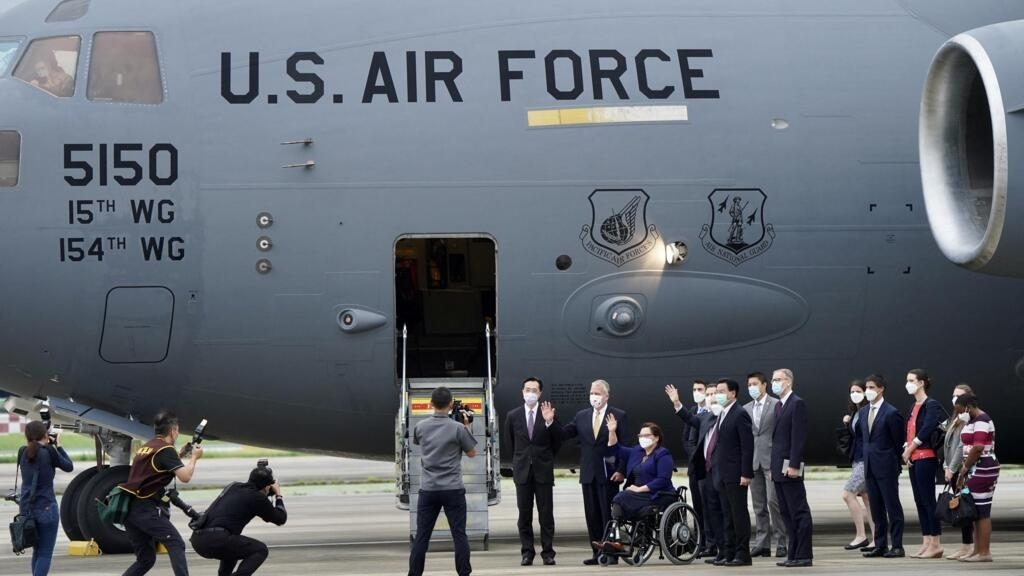 Rarely, the United States sent several official officials to Taiwan aboard a military aircraft to offer help in the fight against Covid-19, in particular through the donation of vaccines. Taiwan accuses China of hampering its efforts to obtain doses.

Washington is increasing contacts with Taiwan at the risk of offending China. The United States sent a delegation to Taipei for the second time in just two months. Three US senators landed on Sunday, June 6 in Taiwan, announcing that Washington was going to give 750,000 doses of vaccine against Covid-19 to its ally.

Taiwan accuses China of hampering efforts to obtain antidotes as the island of 23.5 million faces a sudden coronavirus outbreak.

Senators Tammy Duckworth, Christopher Coons and Dan Sullivan, two Democrats and a Republican, landed at Songshan Airport in Taipei on Sunday morning aboard a US military plane.

It is unusual for the United States to send officials to Taiwan aboard a military aircraft. China regards Taiwan as one of its provinces and threatens to use force in the event of a formal proclamation of independence or external intervention.

Washington severed diplomatic relations with Taipei in 1979 in order to recognize Beijing as China’s sole official representative. But the United States remains Taiwan’s most powerful ally and its number one arms supplier.

Long set up as a model of good management of the epidemic, recording only a few hundred cases and less than 10 deaths linked to the coronavirus, Taiwan has seen its number of cases jump in recent weeks. Its toll has now reached around 10,000 Covid-19 contaminations and 166 deaths, after the virus was spread via airline pilots.

The island has so far received only 726,600 doses of AstraZeneca vaccine and 150,000 doses of Moderna vaccine.

“We are here as friends because we know that Taiwan is currently facing difficulties, which explains the importance of our visit to all three, from both parties,” said Tammy Duckworth.

US President Joe Biden announced last week that the United States will donate 25 million doses to countries in need, primarily through the international Covax distribution system.