Harry and Meghan, the second daughter on the way: Diana or Pip? 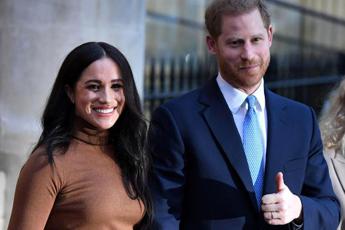 The second child of Prince Harry and his wife Meghan will be born on Thursday 10 June, on the 100th anniversary of Prince Philip’s birth. The child, says The Sun, could be baptized with the name Pip, in homage to the Duke of Edinburgh, who died in April at the age of 99. According to some ‘insiders’ cited by the newspaper, the girl could however be called Lily: in this case, it would be a tribute to Queen Elizabeth, affectionately called Lilibet by the prince. “The little girl should be born on Filippo’s birthday and if she did it would be very special. The date and name Pip would be a delightful way to pay homage to Filippo – the words of a source -. Harry talked about the date and the possible names with his closest friends, they are now being talked about openly as the date approaches. ” For bookmakers, however, the favorite name is another: Diana, like Harry’s mother. The incoming baby is the couple’s second daughter after Archie, who was born two years ago.

Crack in Paris: the Prefecture of Police wants to move consumers to an industrial wasteland in the 12th arrondissement – Le Monde

One thought on “Harry and Meghan, the second daughter on the way: Diana or Pip?”