Syria: four Dutch close to the Islamic State group handed over to the Netherlands 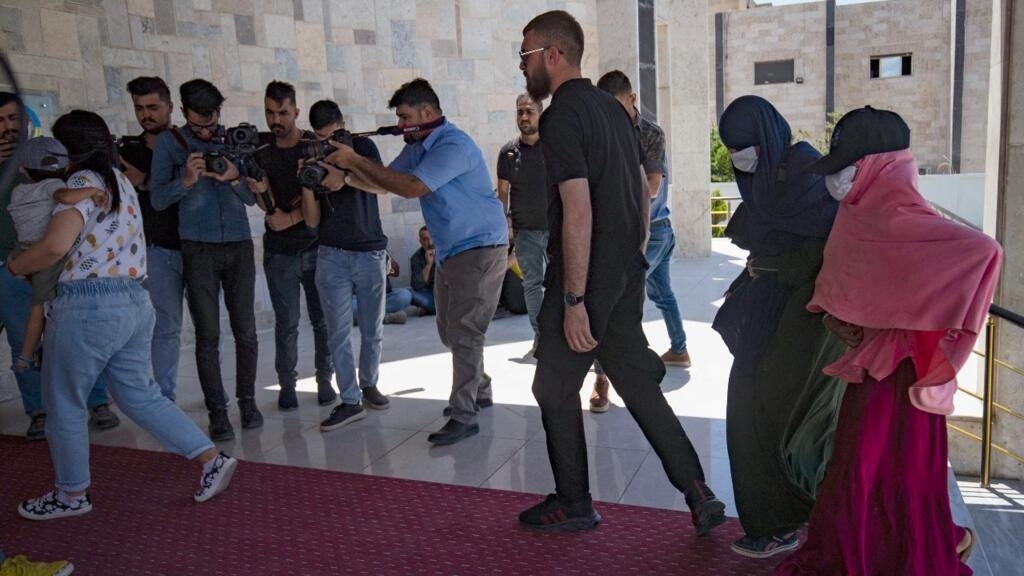 Four Dutch people close to fighters of the Islamic State organization were handed over on Saturday by the Kurdish authorities in Syria to a Dutch diplomatic delegation with a view to their repatriation to the Netherlands, causing strong criticism in the country.

The Kurdish authorities in Syria handed over, Saturday, June 5, four Dutch people close to fighters of the Islamic State (IS) group, including three children, to a Dutch diplomatic delegation with a view to their repatriation, provoking strong criticism in the Netherlands.

It is a woman and her two children – two boys aged two and five – as well as a 12-year-old teenager, according to Kurdish and Dutch officials.

“At the request of the Dutch government (…), a Dutch woman and her two children as well as a daughter in a difficult humanitarian situation” were handed over to the diplomatic delegation with “the agreement” of the mother of the latter, said a senior official of the foreign affairs department of the Kurdish authorities, Abdel Karim Omar.

Tamara Buruma, the lawyer for the woman and her two children, confirmed to AFP that it is a woman called Ilham B and her two young boys.

Buruma explained that in similar situations, people coming from Syria have, once arrived on Dutch soil, been charged with affiliation to a terrorist group and placed in pre-trial detention.

The lawyer presumes that a “similar” fate will be in store for her client and that her children will be taken into care by child protection services.

A spokeswoman for the Dutch justice ministry interviewed by AFP declined to comment on the case but assured that information would arrive “in the evening”.

The question of the repatriation of relatives of the Islamic State organization has provoked strong criticism in the Netherlands and divided the resigning government, some defending a humanitarian approach while others favor the security dimension.

This is an “incomprehensible” approach, lamented Liberal MP Ingrid Michon on Twitter.

“It is unacceptable and unbearable to bring here the enemy that is the Islamic State organization. These female terrorists have lost their right to set foot on Dutch soil forever,” added far-right MP Geert Wilders.

The four Dutch were handed over to the delegation, which included the special envoy of the Netherlands in Syria, Emiel de Bont, and the director of consular affairs at the Dutch foreign ministry, Dirk Jan Nieuwenhuis.

“This is a very specific consular mission, which my government has decided to undertake because the Dutch Court of Justice has issued judgments in these specific cases,” Emiel de Bont underlined during a press conference. .

According to the Dutch authorities, at least 220 Dutch children live in Syria or neighboring Turkey, 75% of whom are under the age of four. About 75 of them, along with 30 Dutch women and 15 men, live in camps run by the Kurds.

Since the fall in March 2019 of the ISIS “caliphate” in Syria, the Kurds have been demanding the repatriation of thousands of foreign women and children of jihadists whom they are holding in overcrowded camps.

Despite these repeated requests, most countries, especially European countries, are reluctant to take back their citizens. Some, including France, have repatriated a limited number of minors, including orphans.

The Netherlands is no exception, repatriating just two orphans in 2019.

“The general policy is that the Netherlands does not help people coming from combat zones,” Anna Sophia Posthumus, spokesperson for the Dutch national coordinator for the fight against terrorism and security, told AFP.

But for the Kurds in Syria, this Western reluctance poses a real challenge, especially since it is a heavy issue to take on, both financially and in terms of security.

Abdel Karim Omar on Saturday reiterated his appeal to the international community to “assume its responsibilities” and “cooperate” with the Kurds.

For her part, Sophia Posthumus said she preferred to see “a tribunal in the region” capable of trying the guilty people on the spot. “We have had discussions but this is just the beginning,” she added.

The UN has repeatedly warned of the deteriorating health and security situation in the sometimes overcrowded camps in northeastern Syria.

A UN report published in February noted “cases of radicalization, training, fundraising and incitement to external operations” in these camps, including that of Al-Hol.

One thought on “Syria: four Dutch close to the Islamic State group handed over to the Netherlands”