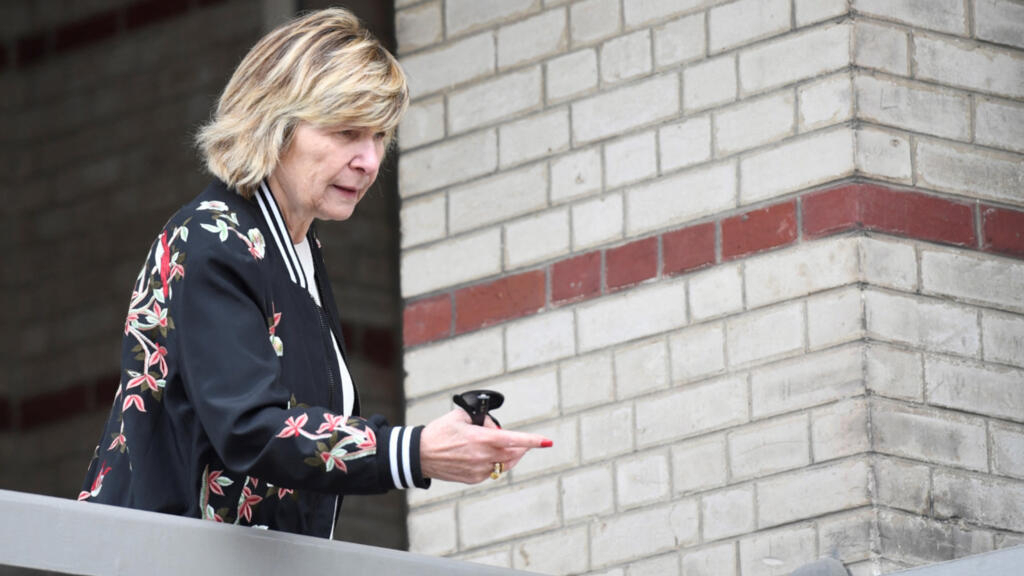 Famous figure of the press people, Michèle Marchand, boss of the paparazzi agency BestImage, was indicted on Saturday for “witness tampering” on the intermediary Ziad Takieddine, in a new part of the case of the alleged Libyan financing of Nicolas Sarkozy’s presidential campaign in 2007.

“Mimi” Marchand, famous figure of the press people, was indicted, Saturday, June 5, for “witness tampering” on the sulphurous intermediary Ziad Takieddine, in a new part of the case of the alleged Libyan financing of the Nicolas Sarkozy’s presidential campaign in 2007.

At the end of two days in police custody, the boss of the paparazzi agency BestImage, Michèle Marchand, was presented on Saturday to a Parisian examining magistrate, who also indicted her for “criminal association in sight to commit an organized gang scam “and placed under judicial control, his lawyer, Caroline Toby, told AFP.

“She firmly disputes the alleged facts,” said the latter.

Judicial information opened after an interview at Paris Match

Nicknamed “Mimi”, this colorful figure of the press people, who became close to the Macron couple, was placed in police custody Thursday at the Central Office for the fight against corruption and financial and fiscal offenses (Oclciff), in a judicial investigation opened after an interview granted last November by Ziad Takieddine to a journalist from the weekly Paris Match, who had visited Lebanon with a photographer from BestImage.

In this interview, Ziad Takieddine withdrew his statements against Nicolas Sarkozy, although he accused him for years of having received money for his 2007 presidential campaign from Libyan leader Muammar Gaddafi.

The Franco-Lebanese intermediary, on the run in Lebanon since his conviction in June 2020 to five years in prison in the financial aspect of the Karachi affair, had also spoken briefly to BFMTV from Beirut. “The truth is out,” the former head of state immediately triumphed.

These statements had led the national financial prosecutor Jean-François Bohnert to emphasize that the indictments of Nicolas Sarkozy in this investigation were not based only on the statements of Ziad Takieddine.

Two months later, questioned on January 14 in Beirut by examining magistrates Aude Buresi and Marc Sommerer, in charge of the Libyan case, the intermediary, known for his versatility, declared that he did not confirm “the words” of the interview, claiming that they had been “distorted” by Paris Match, which “belongs to a friend of Sarkozy”.

The weekly is owned by the Lagardère group, of which Nicolas Sarkozy is a member of the supervisory board.

Ziad Takieddine had therefore returned to his first version, according to which the 2007 presidential campaign of Nicolas Sarkozy had received the contribution of Libyan funds. While insisting that he had nothing to do with it.

The interview in Paris Match was published shortly after his imprisonment in Lebanon as part of legal proceedings against him. The daily Liberation had mentioned in March movements of suspicious funds, evoking possible negotiations on the sidelines of the interview.

Mimi Marchand “acted as a journalist who had the exclusivity of this interview with Ziad Takieddine,” said Caroline Toby on Saturday. “She only organized the photos and the interview, within the scope of her job,” she explained.

Five other people were also taken into police custody Thursday in this investigation. Paris Match journalist François de Labarre was released in the evening, without prosecution at this stage.

Among the four others, the advertiser Arnaud de la Villesbrunne, former director of the Publicis agency, was also indicted on Saturday. “My client barely understood the terms of his indictment so much he feels foreign to all this, and he will explain it later before the judges,” his lawyer, Eric Morain, told AFP.

The businessman Pierre Reynaud and Noël Dubus, a man already convicted of fraud, were also to be presented to the examining magistrate.

According to Le Parisien, Noël Dubus, who went twice to Beirut to meet Ziad Takeddine there before his withdrawal, would have benefited from suspicious payments, via Arnaud de la Villesbrunne, who was one of the providers of Nicolas Sarkozy’s presidential campaign. .

According to the daily Liberation, the businessman Pierre Reynaud would have, for his part, advanced to Noël Dubus funds to be given to Ziad Takieddine.