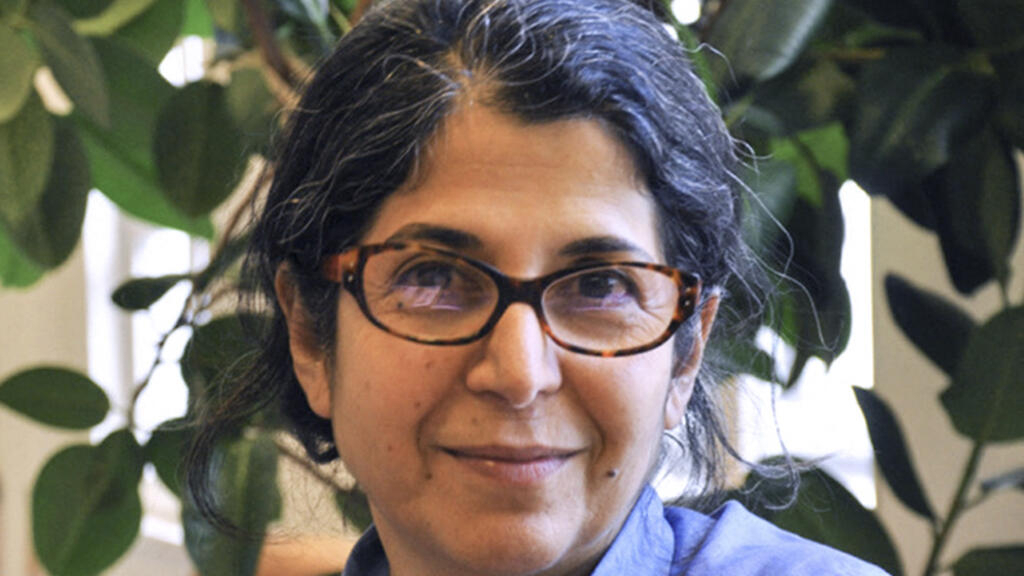 Arrested in Iran two years ago, the Franco-Iranian Fariba Adelkhah is still under house arrest in Tehran and deprived of her liberty. Currency for Iranian prisoners? Pressure tactic for nuclear negotiations? For his support committee, the reasons for his detention are not clear.

On June 5, 2019, the Franco-Iranian anthropologist Fariba Adelkhah was arrested in Iran. Two years later, she is still deprived of her liberty, “hostage” among others of the Iranian state in a standoff with the West.

To mark this anniversary, his portrait will be drawn on Saturday, June 5, on the facade of the Paris town hall in the 3rd arrondissement, in the heart of the capital, in the presence of his companion Roland Marchal. He was arrested at the same time as she and exchanged in March 2020 for an Iranian engineer detained in France and threatened with extradition to the United States.

“Two years later, we still do not know why she was arrested: as a means of pressure on France and blackmail to release Iranians detained in Europe?” Asks its support committee. “As part of internal settling of scores in the Islamic Republic? To silence dissenting voices, to set an example against freedom of expression?”.

A dozen Western hostages in Iran

Iran holds more than a dozen Westerners – most of whom also hold Iranian passports – in prison or under house arrest.

On the French side, the tourist Benjamin Brière has just been added to the list, further complicating the task of the Quai d’Orsay.

These “hostages” are the subject of accusations that those concerned refute, such as espionage or undermining the security of the State. But activists denounce a pure bargaining chip to obtain concessions.

“Fariba Adelkhah has never been politically active. She is a scientific prisoner, deprived of liberty solely on the basis of her academic work,” declares her support committee.

The 62-year-old Sciences Po Paris researcher was sentenced to five years in prison in May 2020 for threat to “national security” and “propaganda” against the Islamic Republic. She spent more than a year in a prison before being under house arrest in October 2020 in Tehran, under the constraint of an electronic bracelet and with a horizon limited to 300 meters.

“She is not free to do anything and continues to undergo psychological torture”, underlines Béatrice Hibou, member of her support committee. “They play with his nerves all the time,” she told AFP, recounting the failed prospects of parole or pardon. His outward links come down to visits from his family and telephone conversations with a few relatives in France. She also takes courses in Arabic and Muslim law at a distance. “It helps a lot”, notes Béatrice Hibou.

The expected fallout from the nuclear negotiations

Fariba Adelkhah must also reckon with the vagaries of Iranian politics and international issues.

The presidential election of June 18, in which the ultraconservative head of the Judicial Authority, Ebrahim Raïssi, is the favorite, is the next major deadline. Negotiations to save the Iran nuclear deal could also have fallout.

Some in Iran are “annoyed by the prospect that an agreement is possible” and could obstruct by playing the hostage card, considers a source familiar with the matter. But if the Vienna nuclear talks are successful, the French could also be “thanked for their positive role” in the negotiations, this source wants to believe.

The entourage of the researcher hopes at least an improvement in her conditions of detention, but remains very circumspect because her Iranian nationality complicates the situation. For binationals, the stake is not only external, it is also internal, it is a message of intimidation towards the Iranians, it is estimated in Paris.

In the immediate term, “the Islamic Republic is interested in very specific profiles because it wants to free Assadolah Assadi in Belgium”, pointed out Clément Therme, specialist in Iran, during a meeting with the Association of the diplomatic press in Paris. This Iranian diplomat was sentenced to 20 years in prison for a planned bombing in France in 2018 against opponents.

Faribah Adelkhah, however, does not necessarily have the profile for such an exchange, consider those around him.