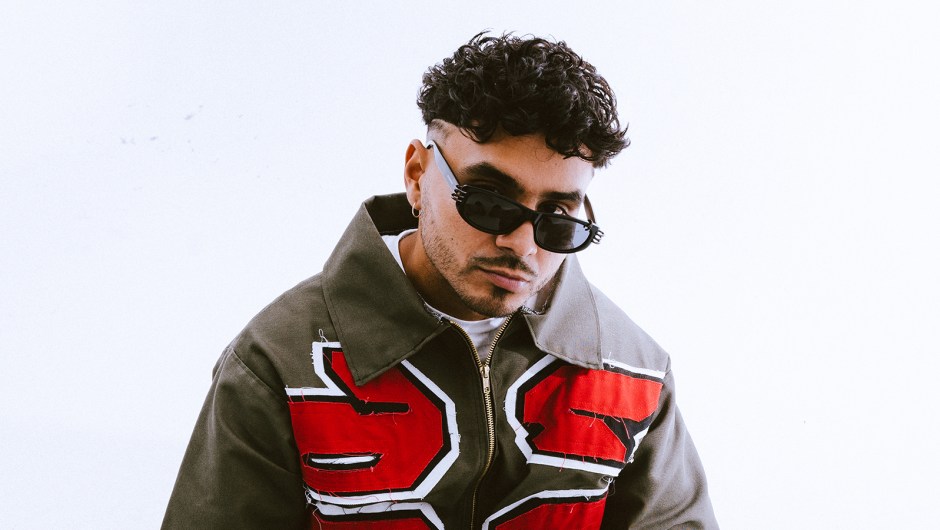 (CNN Spanish) – Álvaro Díaz presented on Friday “Felicilandia”, his fourth studio album. An album with important nuances at the production level and characterized by the powerful lyrics of the Puerto Rican rapper.

The album, which has 16 songs, is according to Díaz a nostalgic walk through those moments that have marked his life. The first track, “Welcome to Felicilandia”, serves as a prelude – in the best style of a Disney tape – to what its followers will enjoy in the next 15 songs.

How is it that punk inspired Álvaro Díaz

It might seem strange that an artist of the urban genre is inspired by a pop punk group like Blink 182.

Precisely this band, very followed during the early 2000s, made a strong impression on Álvaro Díaz and became one of his musical influences.

“When I started in music, I wanted to be like Blink 182. I started listening to music [durante] MTV was and Blink was like the best for me at that time, “Diaz tells Zona Pop CNN in an interview via Zoom from Puerto Rico.

This influence led him to create “Bbysita ᐸ / 3”, the track # 12 of the production, which not only Díaz describes as the work of art of the album but one that got the accolades from Rolling Stone magazine.

“It is very crazy how everything ended up coming together and it was achieved by doing the flipping of the sampling, I recorded it in my house as super bad tripped, it’s like a bedroom trap“Diaz told Zona Pop CNN.

“I wanted to make a song like half punk. I have the Puerto Rican legend called AJ Dávila from the group Dávila 666, he plays guitar in many parts of the album and he was one of those who approved the song,” he says.

The process of creating “Felicilandia”

With the current pace of the music industry, some people might think that making a record could take months. And in some cases yes. However, for this project Álvaro Díaz wanted to take his time, savor it and create it, song by song.

Díaz tells in the interview through Zoom that in his creative process he depends a lot on notes that he takes along the way. Notes that you can use in the future for a project. Also, when a concept occurs to him, he says, he begins to write down all the ideas that come to his mind and later give it shape.

The disc was worked during the quarantine imposed by the coronavirus pandemic. In total it took him about a year and a half to shape the production.

“It was a very challenging project, it was very nice to do it, I started doing it in quarantine. I have worked on the issues little by little. I am very patient with the issues, I don’t despair that I have to finish it now. If the issue has to be finished it in 15 minutes, it is finished. If the song has to be finished in a year and it counts from when you started working on it until it was finished, it was a year that the song took, because you could meet with the producer or needed some musician who they took time, or you needed some voices, or there was something that did not fit me, “says Díaz.

Such is the case of “18 + 1”, the current favorite song of the Puerto Rican singer-songwriter.

“There are many songs, like 18 + 1, that song was not like that. That was an outburst that gave me already in the last month before delivering. I said ‘No, you have to cut a verse from the song, let’s do a big switch and that verse we are going to change the flow, I’m going to call Jesse [Báez] for Jesse to do this, which I had already sung differently. And the song almost fell off the album and ended up being my favorites, “he says.

From nostalgia to your mom’s voice notes

Nostalgia was one of the feelings that Álvaro Díaz wanted to convey in the production and he knew it even before his songs had a letter and even a rhythm.

“Many of the songs already had the name. Before they existed I knew that there is a song called Trigger, a song called the Problem, a song called Sparkle, Llori Pari, before the rhythm even existed. wanted [que esto fuese] as well nostalgic, as the whole album is very Puerto Rican, but with my interpretation, because you have many samples, [tiene] many words we use. This is like my way, it’s like Puerto Rico, but my way, “Diaz said in the conversation on Zoom.

In addition to the lyrics and inspiration, Díaz also used samples of songs like “True” by Spandeau Ballet, a hit from the eighties. He himself fit like a ring on a finger in “Llori Pari”, one of the singles from “Felicilandia”.

But why appeal to that feeling?

“For me the history of the album is practically like that of Pursuit of Happiness [En búsqueda de la felicidad], because Happiness. This is why I have played a lot with sad children and all of this throughout my career. I think it was nice, like the child you realized looking for happiness now, “he says.

“A lot of times when I think about the things that really made me happy like my childhood, the details, the family or when I listened to the Blink album, it’s like listening to that Blink album transports me to that time and those moments that are priceless. You know, that’s why I played with that on the album, “says the singer-songwriter.

The concept of production, happiness, materializes precisely at the end of it. In the song “Para Ya!”. There Díaz uses a voice note that his mother sent him on WhatsApp singing, as he says, one of the songs that she interpreted to him when he was little, “The happiness “by Palito Ortega.

This is how the fans received “Felicilandia” on the streaming platforms

The production premiered with such force that it was positioned in the top 10 of the most played albums globally on Spotify, according to a tweet from that platform. Until this Monday afternoon, it accumulated more than 10 million stream.

In Apple Music, the album reached the first position in Mexico and the fourth in the United States and the single “Problemón”, together with Rauw Alejandro, won second place on Apple Music in San Juan, Puerto Rico, according to data provided by his team. .

1 thought on “Álvaro Díaz launches “Felicilandia”, a nostalgic look at his influences: from Blink 182 to his mother’s voice notes”