At least 10% of the world’s giant redwoods were lost in a single fire, a report suggests 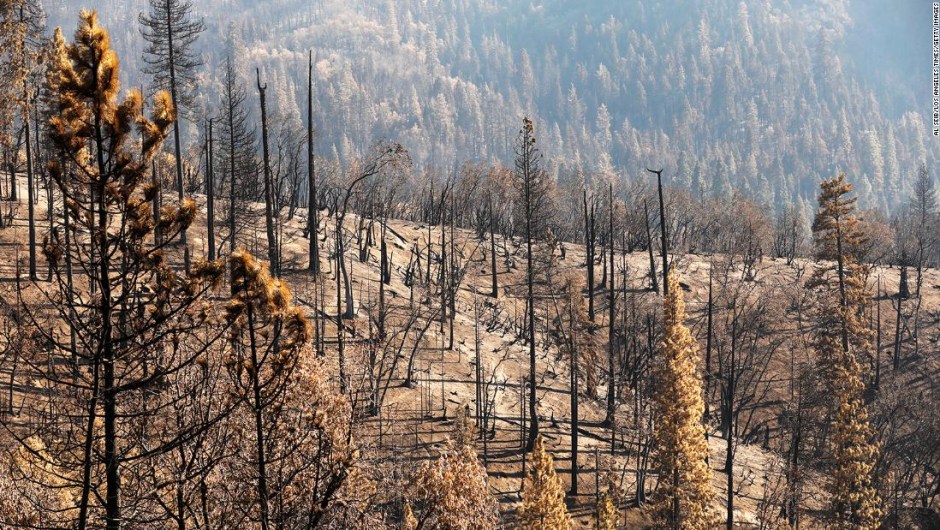 (CNN) – About 10 to 14% of the world’s giant sequoia trees were destroyed in a single wildfire that swept through California’s Sequoia National Forest last summer, according to a new preliminary report from the National Park Service.

The report, which is not yet publicly available, used satellite imagery to show the impact the Castle fire had on the giant trees. Experts call what happened an unprecedented fatality event caused by a combination of drought driven by climate change and work to extinguish the fires.

Image of one of the areas of the California Sequoia National Forest most affected by the Castle fire in October 2020.

“The loss of 7,500 to 10,600 giant sequoias, many of which were probably thousands of years old, is devastating,” lead study author Dr. Christy Brigham, chief of Resource Management and Science at National Parks, told CNN. Sequoia and Kings Canyon. “These trees are irreplaceable in our lifetime,” he added.

The report, which is still preliminary and needs to be reviewed by peers, is expected to be released in the coming weeks.

Giant sequoias, which only grow naturally on the western slope of the Sierra Nevada and can reach heights of 90 meters, rely on fire to open their cones and release seeds to reproduce. Historically, these fires have burned naturally at lower temperatures, killing small trees and thinning the forest. But efforts to extinguish the fires have caused the forest to become denser. And this, combined with a year-long drought, has caused many of those trees to die, creating more fuels that burned at a hotter temperature and more intensely than in previous fires.

Photos from the National Park Service show the impact of the fires.

“My first reaction was to cry,” Brigham said. “My second reaction was to work with colleagues to submit grant proposals to fund additional treatments for forests, prioritize groves in treatment, and work with other scientists and experts to increase the pace and scale of forest treatments to protect mature redwoods. remaining, “he said.

This fire started in August, when dry brush from a thunderstorm spread to join other fires to form the massive 70,000 hectare Sequoia Complex fire. In May, scientists and fire crews discovered a redwood tree that was still burning from the fire about nine months later.

Despite the destruction of these giant treasures, the fire had a positive impact on other areas of the forest, Brigham said.

“In areas that burned with low and moderate severity, fuels were cut, redwood cones were opened and seeds were released, and microsites were created for redwood planting,” said Brigham, adding that forests must return to a state where they can withstand a forest fire without suffering these catastrophic losses.

One thought on “At least 10% of the world’s giant redwoods were lost in a single fire, a report suggests”