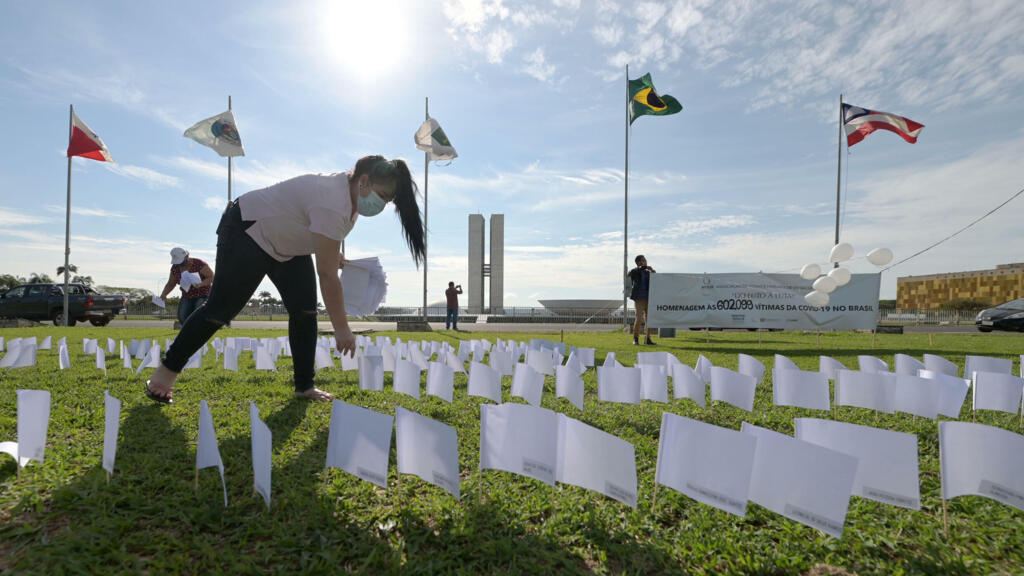 The Covid-19 pandemic killed more than five million people on Monday, according to a count made by AFP, whose toll only represents a share of the deaths actually linked to the coronavirus. The director general of the WHO is particularly concerned about “the current increase in the epidemic in Europe, which exceeds the decline observed in other regions of the world”.

The death toll from the coronavirus has reached a milestone, even if it remains underestimated. The Covid-19 pandemic has killed more than five million people worldwide since the World Health Organization (WHO) reported the onset of the disease in late December 2019 in China, according to a count carried out by AFP on Monday 1er November from official reports.

This report, which takes into account the deaths recorded by the national health authorities, only represents a part of the deaths actually linked to the coronavirus. The WHO estimates that by considering the excess mortality directly and indirectly linked to Covid-19, the toll of the pandemic could be two to three times higher than that officially recorded.

While the number of daily deaths across the world has dropped, for the first time in nearly a year, below 8,000 at the start of October, the situation is disparate depending on the continent.

“The total number of Covid-19 cases and deaths is increasing for the first time in two months, this is due to the current rise in the epidemic in Europe, which outweighs the decline observed in other regions of the world, “Tedros Adhanom Ghebreyesus, WHO Director-General, told a press conference on Thursday.

In the European region (52 countries and territories stretching from the Atlantic coast to Russia), the increase in the number of deaths is mainly due to the evolution of the situation in the east of the area.

In Russia in particular, according to official figures, more than 1,000 people have died from Covid-19 every day on average since October 20.

And according to the authorities themselves, this record is largely underestimated. Daily reports show 239,693 deaths in the 1er November. But the national statistics agency Rosstat, which has a broader definition of Covid deaths, deplored a much worse toll at the end of September: nearly 450,000 deaths.

The Kremlin has expressed its concern about the overload of doctors treating Covid-19 patients in Russia, just as the most bereaved country in Europe has declared a “non-working” week to stem the spread of the virus.

After Russia, Ukraine and Romania are currently the two countries in Europe with the most daily deaths, with 546 and 442 deaths per day on average over the last seven days, respectively.

A delay in vaccinations in Africa

Latin America and the Caribbean are the most bereaved region in the world (1,521,193 deaths since the start of the pandemic). But the number of daily deaths, currently around 840, has been declining since May 2021.

In the United States, more than 1,400 deaths have been recorded each day on average over the past seven days, a figure down 15% from the previous week. With 746,747 deaths in total, the country bears the heaviest toll of the pandemic.

In Asia, China, the first country affected by the coronavirus from the end of 2019, is also the first country to have largely contained the epidemic from the spring of 2020, after the adoption of very restrictive measures, including the virtual closure of borders. . Chinese authorities are now seeking to stem a limited epidemic outbreak, leading in particular to closing Disneyland on Monday in Shanghai after the detection of a single case of Covid-19 in a visitor to the leisure park.

On the African side, the WHO warned last week that unless there is a significant acceleration, only five African countries (Seychelles, Mauritius, Morocco, Tunisia, Cape Verde) will reach the global target of 40% of populations vaccinated at the end of the year. South Africa, on Monday, took advantage of local elections to inoculate doses in ephemeral clinics installed near polling stations.