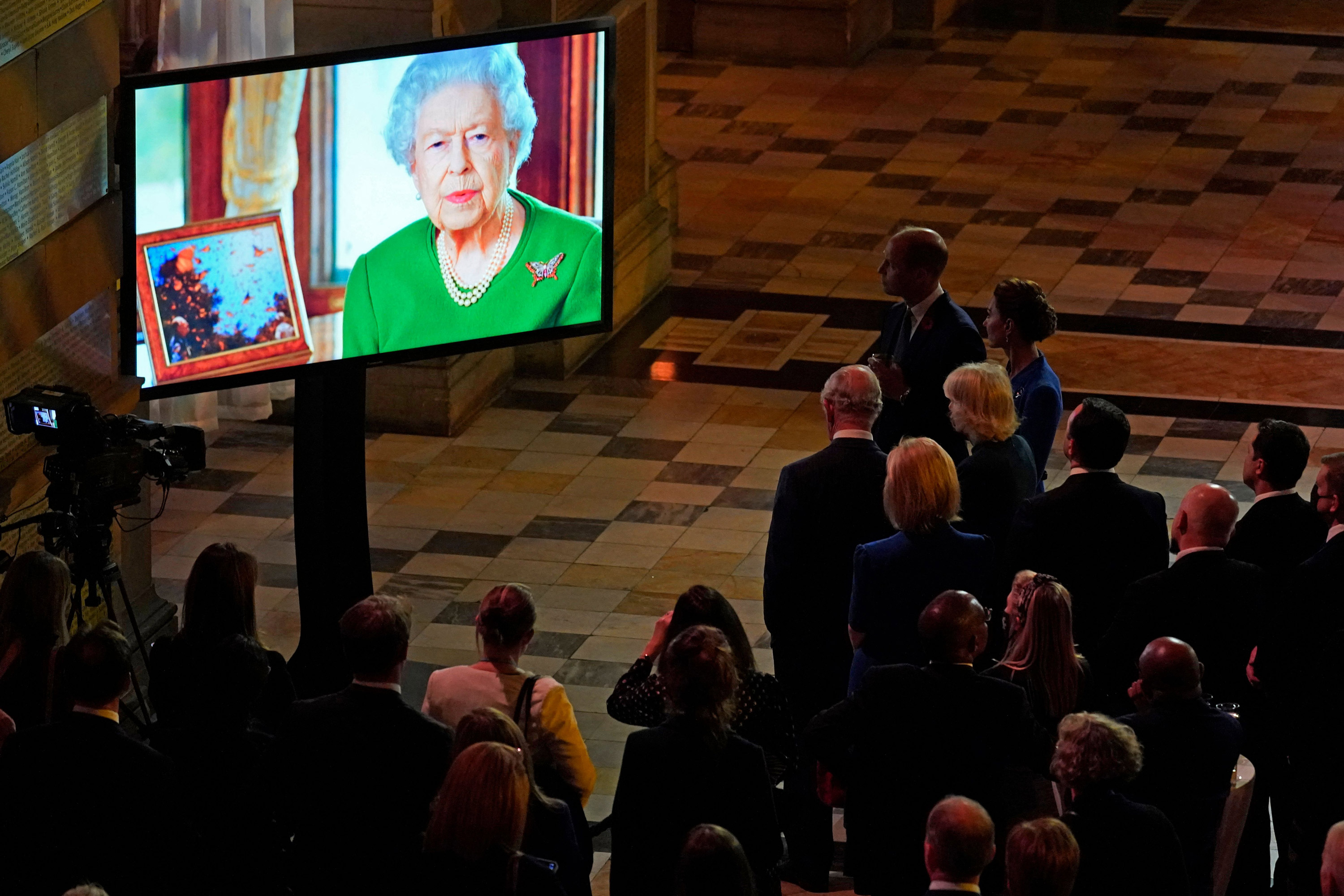 Guterres speaks at COP26: We are digging our own graves 4:00

(CNN) – About 120 world leaders gathered in Glasgow on Monday to address what scientists and health experts say is the world’s greatest crisis: climate change.

The meeting took place after a G20 summit that, at best, had results at best, yielded ambivalent results on climate, as leaders of the world’s richest countries failed to agree on targets. key, such as a firm deadline for the end of coal-fired power use.

These are the main conclusions of the first full day of the UN climate summit COP26:

President Joe Biden apologized to world leaders at COP26 for the United States’ withdrawal from the Paris Agreement under Donald Trump.

“I suppose I shouldn’t apologize, but I do apologize for the fact that the United States, the last administration, withdrew from the Paris Accords and put us in an awkward position,” Biden said at an action and solidarity event in Glasgow. .

Biden brought the United States back into the deal hours after taking office in January.While world leaders delivered their opening speeches, Biden sat at the back of the huge plenary room, following the tradition of assigning seats in alphabetical order. .

“We will show the world that the United States has not only returned to negotiations, but that we hope to lead by the power of our example,” the president said during his opening address.

But while Biden had an ambitious tone during his remarks, stating that his “administration is working overtime to show that our climate commitment is one of action, not words,” a shadow loomed over his climate agenda across the ocean in Washington. .

Democratic lawmakers have been debating without reaching an agreement so far on an economic package that includes $ 555 billion in climate change provisions.

The UK appeals to the same names again

The UK government, hosting the summit, has done its best to insist to world leaders that this is the time to act on the climate.

At the opening ceremony of COP26, Prime Minister Boris Johnson told his fellow heads of government that they may be like James Bond, the famous (albeit fictional) Agent 007.

“We may not feel much like James Bond, we don’t all necessarily look like James Bond, but we have the opportunity and we have a duty to make this summit the moment that humanity finally started, started defusing that bomb,” he said.

“The apocalyptic machine is real, and the clock ticks at the hectic pace of hundreds of billions of turbines and systems … that cover the Earth in a suffocating blanket of CO2,” he said.

Royalty, both real and television, were also present. Prince Charles urged leaders to work together, and celebrated naturalist and popularizer David Attenborough told them that future generations will judge them for their actions during this conference.

Later, Queen Elizabeth II welcomed world leaders to COP26 in a recorded speech that was played during a reception.

“For more than 70 years, I have been fortunate to meet many of the great leaders of the world. And perhaps I have come to understand a little what made them special,” said the Queen in her speech. “It has sometimes been observed that what leaders do for their people today is government and politics. But what they do for the people of tomorrow, that is leadership.”

While it is an important announcement, as India had not set a net zero date, 2070 is a decade after what China pledged and two decades after what the world as a whole needs in terms of net zero emissions to achieve. that temperatures do not rise more than 1.5 degrees Celsius above pre-industrial levels.

But Ulka Kelkar, director of the climate program at WRI India, an environmental research organization, said that due to economic development and the mix of energy sources in India, the target date should not be compared to that of the United States or Europe.

“It was so much more than we expected,” Kelkar said. “Net zero became a topic of public discourse just six months ago. It is something very new to Indians.”

“The mere fact that this concept is understood in India is going to send a very strong signal to all sectors of the industry,” he added.

With India’s announcement, the world’s top ten coal-producing countries have pledged to reach zero, according to the Ember group of climate experts.

The disappointment of the small nations at COP26

Delegates from smaller countries expressed disappointment at the action (or, rather, the lack of action) on the part of the richest countries in the world.

Mia Mottley, the prime minister of Barbados – an island already deeply threatened by rising sea levels – has warned that the climate crisis facing her country is dangerous. He said it is a “code red for China, for the United States, for Europe, for India.”

Antigua and Barbuda Prime Minister Gaston Browne told CNN that he was “encouraged by the increased ambitions” set by world leaders at the summit, but also expressed disappointment, stating that the targets set are not going “as far as possible.” far enough away to contain the rise in global temperatures by 1.5 degrees Celsius. “

The most urgent issues to be addressed by COP26 1:37

COP26 president British lawmaker Alok Sharma said holding negotiations in person despite the pandemic was a key goal of his presidency.

“For me it was vitally important that we have a physical meeting in which all countries can sit at the table, the largest emitters together with the smallest nations, those who are on the front line of climate change, and be capable of looking at each other. each other in the eyes as part of this negotiation, “he told reporters on Sunday.

But keeping the event free of covid-19 has been a challenge.

All participants have been asked to wear a mask and have daily tests.

And although the enclosure is huge (it is about a kilometer from one end to the other), the large number of people present makes social distancing difficult.

The United Nations Framework Convention on Climate Change, the body in charge of the negotiations, has admitted that the pandemic is causing difficulties. Due to social distancing, for example, the largest room reserved for negotiations can only hold 144 seats, even though there are 193 parties that must be represented at the conference.

CNN’s Amy Cassidy and Ingrid Formanek contributed to this report.

1 thought on “5 conclusions from the first day of COP26: Biden’s apology, India’s commitment and a lot of disappointment”