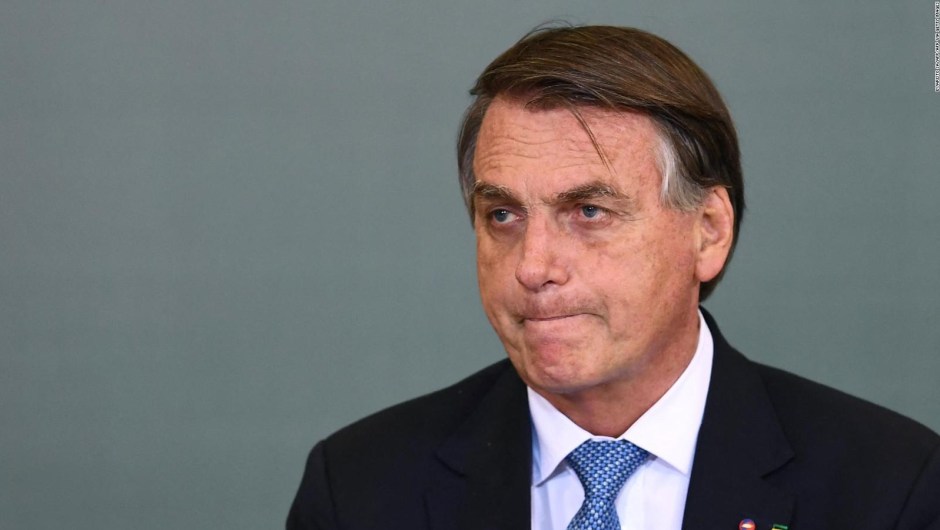 Editor’s note: Jorge G. Castañeda is a CNN contributor. He was Secretary of Foreign Affairs of Mexico from 2000 to 2003. He is currently a professor at New York University and his most recent book, “America Through Foreign Eyes,” was published by Oxford University Press in 2020. The opinions expressed in this comment are solely from the author. You can find more opinion pieces at CNNe.com/opinion.

(CNN Spanish) – The decision of an investigative commission of the Senate of Brazil to send the country’s attorney general a report of more than 1,200 pages on the management of the pandemic by President Jair Bolsonaro has had a great echo in Latin America and the rest of the world . By seven votes to four, the commission agreed to accuse the president of committing a series of crimes against humanity, which resulted in more than 120,000 preventable deaths, due to what – it is claimed – were his mistakes or oversights in the response to covid-19 . It is an example to the world.

The report maintains that Bolsonaro “downplayed the pandemic, defended ineffective drugs, such as hydroxychloroquine, and raised doubts about the efficacy of vaccines.” In addition, it implemented a “clumsy” vaccination policy and incurred in the possible fraudulent purchase of the Indian vaccine Covaxin. The report adds another list of alleged crimes: “epidemic resulting in death, violation of preventive health measures, charlatanism, incitement to crime, falsification of documents, irregular use of subsidies, prevarication and two charges classified as crimes of responsibility.” Bolsonaro said in July about the ICC: “They want to accuse me of genocide. Now tell me in which country have no people died? This ICC has no credibility,” Bolsonaro said.

It is highly unlikely that the accusation made by the commission will succeed. Prosecutor Augusto Aras was appointed by Bolsonaro and is his ally. The president of the Chamber of Deputies –who must vote on the accusations–, Arthur Lira, is also one, and it is doubtful that this Chamber will support the impeachment or dismissal procedure, if it were to proceed in this way. The important thing, however, does not seem to be the legal outcome of the process, but rather the political consequences within Brazil and the example it sets for other countries.

Less than a year before the presidential elections in that country. Bolsonaro stands almost 20 percentage points below who will most likely be the candidate of the left and center-left, former president Luiz Inacio Lula da Silva, prevented from competing against him in 2018, but now rehabilitated. The indictment of the Senate commission will keep the management of the pandemic on the agenda for several more months, accentuating Bolsonaro’s weakness. Although nothing is written, the reelection of the far-right president seems difficult at this point. In other words, the terrible conduct of the pandemic by Bolsonaro will be punished or sanctioned at the polls by Brazilian voters, even if it is not by the country’s judicial system, nor by the International Criminal Court in The Hague, where the commission would like to send also the accusations against Bolsonaro. But the attempt will have been made.

This has already happened with other leaders in the world, especially with Donald Trump. Almost all the accusations made against Bolsonaro could also be directed against Trump, from exalting useless drugs or harmful methods (including injecting disinfectant as such), to minimizing the coronavirus for several weeks or even months. Last November, American voters did not re-elect Trump, in part because of that. https://edition.cnn.com/2021/02/02/politics/trump-2020-reelection-loss-covid/index.html But so far, Democrats in Congress have been unwilling to investigate his performance on this matter (as opposed to his responsibility for the January 6 uprising on Capitol Hill). They argue that it is more important to carry out their economic and social agenda. They may be right, but diluting the principle of accountability not only at the ballot box but also before the law is always a bad idea, even if it seems expedient and expedient.

The case of Brazil sets a precedent, especially for other countries where electoral punishment has not occurred, for multiple reasons. Modi, in India; López Obrador, in Mexico, and some central European leaders maintain high popularity ratings despite their terrible mistakes managing the pandemic, including several similar to those of Bolsonaro. This popularity, which is due to a multiplicity of factors – ethnic, religious, ideological – should not hide the serious and mismanagement of the pandemic, and the enormous number of deaths that could have been avoided. That is why the judicial process, be it crimes against humanity, genocide (one of the accusations that the Senate commission finally discarded), corruption or deception of the population, should not remain unpunished. The ballot boxes count, and they count for a lot. But legal accountability must occur, one way or another. Brazil is showing an innovative and intelligent path. It should be followed in other countries.