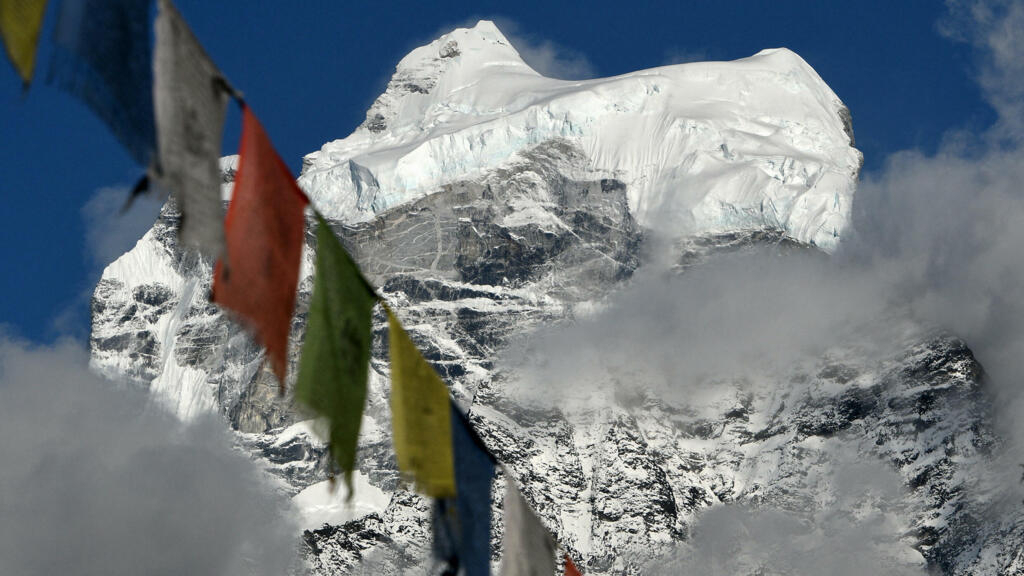 The hope of finding alive three young French climbers, missing in Nepal since October 26 after an avalanche in the Everest region, is dwindling after hours of research marked by the only discovery of material.

The searches to try to find alive three young French mountaineers, missing in Nepal since October 26 after an avalanche in the Everest region, have yielded nothing.

“The hope of finding survivors is now almost nil,” said the French Federation of Alpine and Mountain Clubs (FFCAM) ​​on Monday morning in a statement, while the search launched on Sunday had just resumed near the summit of Mount Mingbo Eiger, at an altitude of 6,070 meters.

The federation dispatched on Sunday a helicopter reconnaissance over the avalanche flow, in support of research carried out on the ground by a team of five experienced rescuers from the Nepalese association of mountain guides.

In their twenties, Louis Pachoud, Gabriel Miloche and Thomas Arfi had started to climb a chute on the left of the west face of Mingbo Eiger, the satellite summit of Kangtega located in the Khumbu region and the ‘Everest south of Ama Dablam (6,814 m).

The three belong to the National Mountaineering Excellence Group (Gean), an elite formation of the FFCAM. The overflights made it possible “to locate their tracks up to 5,900 meters on the ridge leading to the summit”, where rescuers noted “the outbreak of an avalanche,” said FFCAM.

These same traces show that they “gave up going to the top, turned around and started their descent by their ascent route”. At the foot of the face, the rescuers found “three bags, as well as the equipment of the bivouac”, according to the FFCAM.

“Something like a bag or a black object has been spotted on the side of the mountain,” said Pratap Jung Pandey, general manager of Kailash Helicopter Service, a Nepalese company specializing in emergency aerial evacuation.

“Until then, we have not progressed. We then returned to Lukla”, the usual crossing point for tourists visiting the Himalayas, and in particular Everest, for his part indicated Mingma Gyalje Sherpa, from the rescue team of the Nepalese Association of Mountain Guides. “The weather hasn’t been that good. We’ll be back there tomorrow to pick them up,” he said.

The president of this association, Ang Norbu Sherpa, now in charge of operations, was on his way to the region on Monday. A local police liaison officer was also dispatched to assess the situation.

The rest of the repatriated group

The three missing are part of a group that arrived at the end of September in the Khumbu region, in Everest, to climb several peaks between 5,000 and 6,000 meters above sea level, south of Ama Dablam.

According to Le Dauphiné Libéré, Thomas Arfi is an aspiring guide. “Come to mountaineering by climbing”, this Niçois works in the Mercantour and supervised his two companions in misfortune: Gabriel Miloche, an engineer native of Briançon, returned “stronger and motivated” after a fall in the Ecrins which He seriously injured him in 2017, and Louis Pachoud, from Chambéry, who lives “in the mountains between strong amateur practice and tailor-made professional practice”.

Left on October 24, the three young Frenchmen had started their ascent on the 26th after having carried out a day of spotting the face. “At 5:11 pm, they send an enthusiastic SMS from their bivouac in the face via their satellite phone to the other part of the group. This message will be their last communication,” detailed FFCAM.

“Hard hit” by this disappearance, the other five members of the Gean team will be “repatriated to France within a few days”, according to the same source.

An official from the Nepalese Ministry of Tourism claimed that these climbers did not request the necessary authorization for this ascent, a claim rejected by Pralhad Chapagain of Holiday Himalaya Trek and Expedition, the agency in charge of the expedition. Since its creation in 1991, the Gean has trained several generations of French mountaineers.

The events come as Nepal reopened to tourists in September, exempting those who are vaccinated from quarantine. The Covid-19 pandemic has forced this small country of 30 million inhabitants to completely shut down its mountain industry, which has plagued its economy, which is very dependent on tourism.