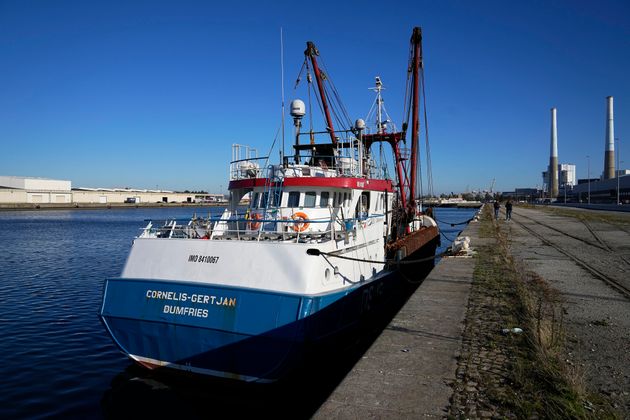 A British fishing boat has been stranded in Le Havre since October 28, 2021, because the United Kingdom refuses to grant all French fishing licenses.

INTERNATIONAL – The meeting between Boris Johnson, head of the British government, and Emmanuel Macron will not have eased tensions on Sunday, October 31. The French president even reiterated his threats: if the United Kingdom still refuses to grant all licenses requested by fishermen to work in its waters, Paris will sanction London from November 2 at midnight. But what will these sanctions consist of?

The government spokesperson Gabriel Attal specified the outlines Wednesday, October 27 during the report of the Council of Ministers and recalled the “firmness” of France in the matter (from 28 minutes in the video below).

So if the status quo continues on the British side, France will prohibit English fishing vessels from unloading their cargo of seafood in French ports. In addition, there will be systematic customs and health checks on all products arriving from the UK by truck.

But that’s not all. A second round of retaliatory measures “relating to the supply of electricity to the Channel Islands” could occur. This particularly concerns Jersey, whose electricity is largely supplied by France. The threat had been brandished last May, during the previous crisis around fishing licenses, then again at the beginning of October. However, the date for the application of such sanctions has not been given.

In any case, France did not wait for the end of the expiry of the ultimatum to confuse a British trawler suspected of having fished more than two tonnes of scallops without a license last week. He was still at the dock this Monday, November 1.

For now, the United Kingdom is sticking to its positions. This Monday, November 1, he even called on the French government to withdraw its threats of sanctions. “The French have made completely unreasonable threats, including against the Channel Islands and our fishing industry,” British foreign minister Liz Truss said on Sky News.

In the absence of a solution “within 48 hours”, she reiterated the British desire for legal recourse provided for in the framework of the post-Brexit trade agreement to request “compensatory measures”. London has warned that it is preparing to strengthen controls on European fishing vessels as well.

For several months, the United Kingdom and France have been struggling on the issue of fishing rights. Under the agreement of Brexit, European fishermen can continue to work in certain UK waters provided they can prove that they previously worked there. But Paris and London are arguing over the nature and extent of the supporting documents to be provided. Will the situation get even worse? Answer in a few hours.

See also on The HuffPost: Fishing in Jersey: France denounces the “unacceptable” decision of the United Kingdom

1 thought on “Fishing: these sanctions that France wants to apply to the United Kingdom – The HuffPost”