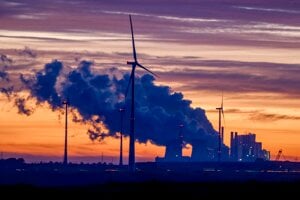 The president claims that this is also Turkey’s reputation.

ISTANBUL. Turkish President Recep Tayyip Erdogan has announced that he will not attend the UN climate summit, also known as COP26, which is currently taking place in Glasgow, Scotland. According to him, the organizers of the climate conference did not comply with Turkey’s security requirements, the DPA agency said on Monday.

Erdogan was expected to arrive at the Glasgow summit on Monday, when a meeting of world leaders began.

Related article The most important conference of the decade: Questions and Answers on COP26 Read

It was also said to be Turkey’s reputation

However, on Sunday evening, the Turkish president told reporters on board the plane leaving the G20 summit in Rome that he had decided to change his plans and was returning home instead of Glasgow.

According to the Turkish agency Anadolu, he stated as a reason that the safety standards it had requested were not met Ankara and which apply to all foreign trips of the President. Erdogan added that the British side had informed him of this fact “at the last minute”.

This is a matter that concerns not only our own security, but also the reputation of our country.

“This is a matter that concerns not only our own security, but also the reputation of our country,” Erdogan told reporters, without specifying Ankara’s unfulfilled demands.

However, the Turkish president has accused Britain, as a host country of the climate conference, of complying with the demands of other countries, but not Turkey.

“Even this was not in line with diplomatic practice. We could not accept that,” he added.

Not many come to Glasgow

Several absent leaders will address the participants in the Glasgow Conference virtually from their home countries.

1 thought on “Erdogan will not come to Glasgow, Britain has not complied with his security requirements – SME.sk”