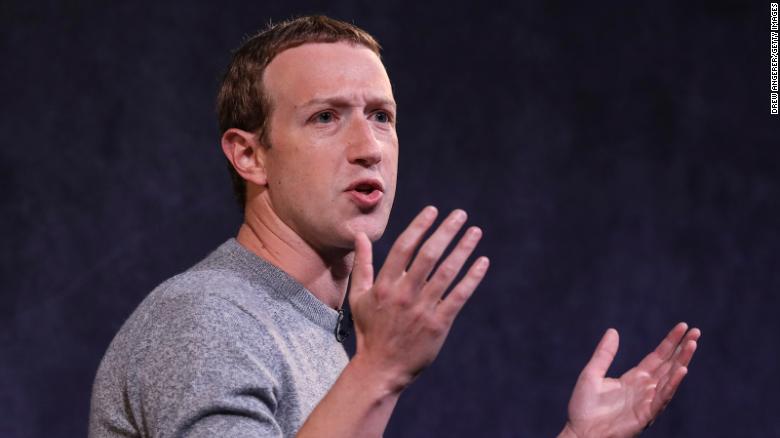 Facebook “downgrades” to being another Meta brand, analysts say 5:37

(CNN) – Social media users in Israel scoff at the company’s name change Facebook to Meta, as it sounds similar to the Hebrew word for “dead.”

“Someone didn’t do their research on #branding,” read one message.

Dr. Nirit Weiss-Blatt, author of “The Techlash” and “Tech Crisis Communication,” tweeted: “In Hebrew, * Meta * means * Dead *. The Jewish community will ridicule this name for years.”

Zuckerberg’s efforts to revamp Facebook come as the company faces what could be its most potent scandal since its launch in 2004.

The social media giant is in the crosshairs following the publication this week of the so-called “Facebook Papers,” a series of internal documents obtained by 17 news organizations, including CNN, that back up whistleblower Frances Haugen’s claims about the institutional deficiencies of the company.

The documents reveal how Facebook fueled disinformation, has struggled to remove content related to human trafficking on the site, and attempted to increase its teen audience, despite internal research suggesting that its platforms, especially Instagram, may have a adverse effect on your mental health.

Mark Zuckerberg’s efforts to revamp Facebook’s public image come as the company faces what could be its worst scandal since its launch in 2004.

Facebook is not the first company to be made a fool of after its brand is not translated as expected abroad.

In 2019, Kim Kardashian West was accused of cultural appropriation after debuting with her shapewear brand, which she initially called Kimono. Kardashian even appeared to have registered the word “kimono,” a decision that Kyoto Mayor Daisaku Kadokawa criticized in an open letter on Facebook.

“We believe that the name ‘Kimono’ is a good shared with all humanity who love the kimono and its culture, so they should not be monopolized,” Kadokawa wrote.

Kardashian changed her brand name to Skims that same year.

In 2017, the name change of McDonald’s in China raised questions. Customers were confused when the company changed Maidanglao, a Chinese iteration of the English name, to Jingongmen, which loosely translates to “Golden Arches.” One customer said it “sounds like a furniture store.”

And when the Nissan Moco was launched in the early 2000s, Spanish-speaking customers may they had to read it twice. Needless to say, the name was only used in Japan.