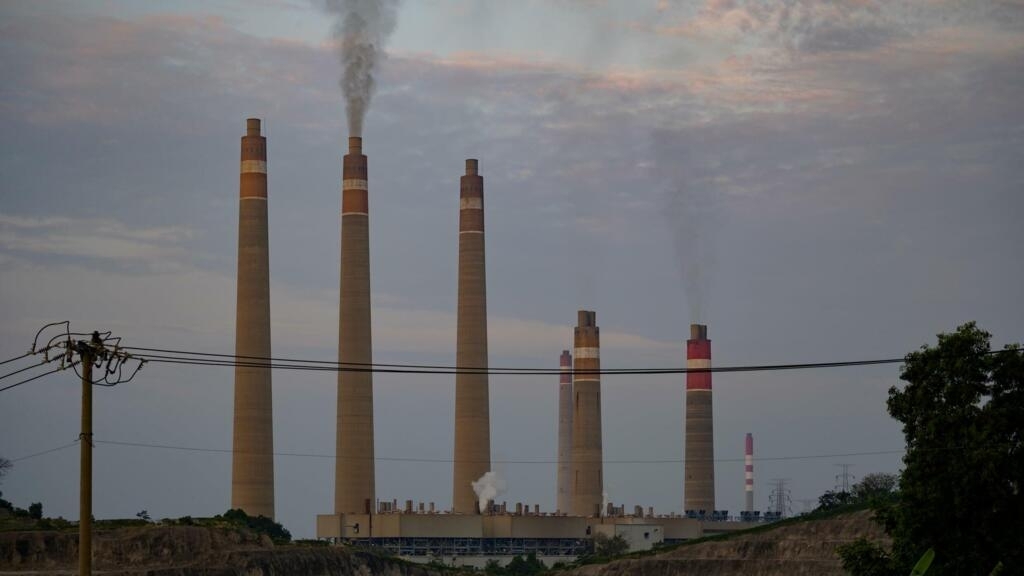 As the COP26 begins in Glasgow, the G20 states pledged on Sunday to stop international funding for coal-fired power stations. “A major achievement” according to the French president, yet far from sounding the death knell for the most polluting energy industry in the world.

“A real revolution, which was not taken for granted a few months ago.” It is in these terms that the French President, Emmanuel Macron, welcomed the commitment of the G20 actors, meeting Sunday, October 31 in Rome, to end the international financing of coal-fired power stations from 2021. While began in Glasgow COP26, limiting the use of fossil fuels and in particular coal, the most polluting energy in the world, is considered a priority to stay below the 1.5 ° C mark of global warming by the end of the century. However, while the end of these subsidies is a significant step forward, no common commitment has been made to limit the use of coal at the national level.

Presented by Emmanuel Macron as “the major achievement of this G20”, the end of international financing of coal-fired power stations is not, however, a novelty. This commitment had already been made by many players including the G7, the OECD, South Korea, Japan, and above all China, the largest consumer of coal in the world but also a major player in the production of coal outside its own countries. borders.

As such, the speech of Chinese President Xi Jinping to the UN General Assembly on September 21, during which the leader announced that Beijing would no longer build new coal-fired energy projects abroad, was hailed as a major initiative. This is a “historic turning point to move away from the world’s dirtiest fossil fuel”, then indicated the World Resources Institute in a press release. The American organization recalls that over “the last decade”, China has invested “billions of dollars” in coal factories in other countries.

“The G20 announcement on the end of international financing of coal-fired power stations is very late but nevertheless important, in particular because of the commitment of Australia, the world’s largest exporter, so far hostile to such measures” , underlines Pierre Cannet, advocacy director at WWF France, responsible for the energy program, contacted by France 24. “This measure sends a clear message: coal-fired power stations are risky investments. As such, it is a strong deterrent for companies and private banks which finance them, as for the States which wish to create them on their soil. “

The challenge of national production

According to the World Resources Institute, several countries that have benefited from coal funding in the past, such as Bangladesh, Pakistan, Indonesia, the Philippines and Kenya, have started to forgo building new coal-fired power plants. Last May, Jakarta, the world’s second-largest coal exporter, announced the end of the opening of new power plants on its soil from 2023, as well as the gradual closure of existing units. However, the Asia-Pacific zone, which according to the Carbon Tracker think tank concentrates three quarters of world consumption as well as more than 80% of power plant projects, is far from having finished with coal.

China, which alone accounts for 54% of global consumption and 27.7% of global greenhouse gas emissions, has so far failed to reduce its consumption. While renewable energies are gaining ground, coal-fired power stations, which still represent 57.7% of its energy produced, continue to grow. According to Greenpeace, 24 new plants have been approved in the first half of 2021, when the country already has more than 1,000 on its soil.

The second largest producer of coal-based electricity, India, like its Chinese neighbor, continues to invest in these facilities which supply 70% of its national needs. Far from limiting its production of coal, India, the third largest emitter of greenhouse gases behind the United States, has opened up the mining market to competition this year, counting on foreign investment in coal to revive its economy severely affected by the Covid-19 crisis.

The rebound of the energy crisis

If coal still represented, in 2020, 27% of global energy production, between oil (31%) and gas (25%), and well ahead of renewable energies (6%), its production has nevertheless experienced a slight decrease of 2.5% over the last five years due to ecological reforms set up by many states. But this trend, however modest, now seems to be reversing in the context of a global energy crisis caused by a post-Covid economic recovery that is faster than expected.

As gas prices soar, 2021 saw an explosion in coal imports, especially in China and India, forced to run their plants at full capacity. Faced with power outages, Beijing, which had yet announced that it wanted to limit the number of coal mines, has just authorized their reopening.

In Europe too, some countries in the process of turning the page on coal have relaunched their production, such as the United Kingdom or even France, although this remains low, representing respectively 3% and 2% of their energy mix.

1 thought on “COP26: the end of coal power plants, a distant prospect despite the urgency”