Covid-19: the United Kingdom faces the risk of a third wave 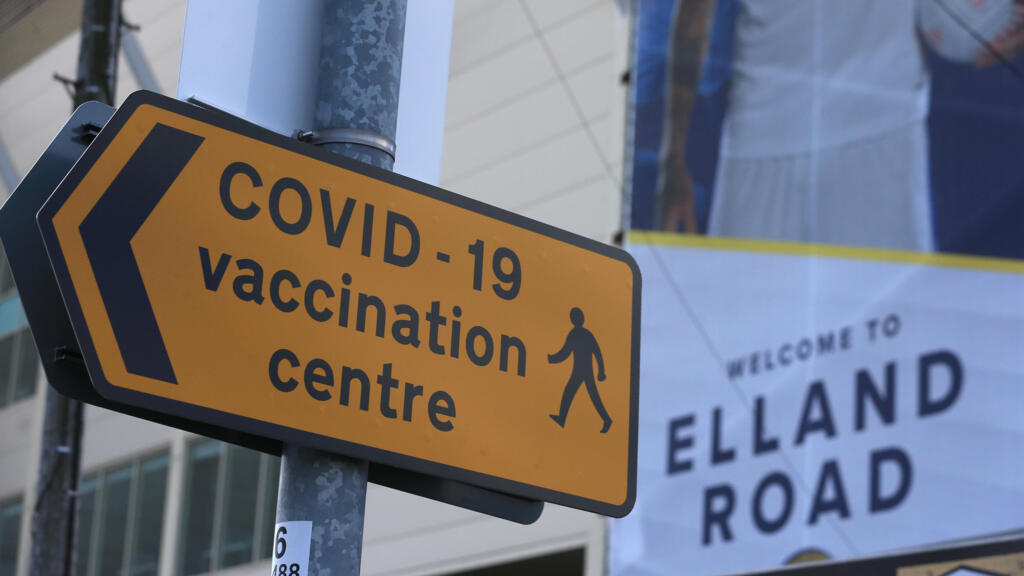 As the UK prepares to lift its last restrictions on June 21, doctors and members of the scientific community are worried about a further rise in Covid-19 cases, certainly linked to the spread of the Delta variant.

The numbers blow hot and cold. Tuesday 1er June, the United Kingdom announced good news: the country has recorded no deaths linked to Covid-19 in 24 hours. A first since July 30, 2020.

However, several voices are raised within the scientific community worried about the arrival of a third wave. And for good reason, since mid-May, the number of contaminations has increased considerably. Friday June 4, health authorities There were thus 6,238 confirmed cases of Covid-19 in the last 24 hours, against 1,946 a month earlier.

As for hospitalizations, less blatantly, the trend also seems to be on the rise. On May 31, 123 people were admitted to hospital against 90 on May 15.

The reason given: the propagation of the B.1.617.2 variant, known as Delta, a new name given to the Indian variant. Detected for the first time in early May near Manchester, particularly in the towns of Darwen and Blackburn, it quickly spread to the whole country and is now dominant, accounting for three quarters of new infections. According to the Wellcome Sanger Institute, which monitors the evolution of the epidemic in the United Kingdom, it is thus responsible for all new cases of Covid-19 in certain districts.

“All waves start with a low number of cases”

“For the time being, the situation in the United Kingdom is not so worrying,” reassures the infectious disease specialist. “The country remains at a level of contamination which is still very low. We are far from the 60,000 daily cases in January,” he puts into perspective. And to recall: “France, itself, currently has around 8,000 new cases per day.”

A position shared by Allyson Pollock, a public health doctor at Newcastle University, UK. “In hospitals too, the picture is reassuring,” she said to France 24. By way of comparison, at the peak of the health crisis, around 4,500 patients were hospitalized each day. “And the number of deaths is very low. for several weeks “, she still congratulates herself.

For other doctors, these increases, even if they seem only stammering, should be alarming. “All the waves start with a low number of cases”, insists Sunetra Gupta, epidemiologist at the University of Oxford, interviewed by the BCC. “Yes, the number of cases is relatively low, but what we are seeing here are signs of a potential next wave.”

“The exponential spread is ruthless once the R (that is to say, the reproduction rate, or the number of people that a person will infect on average, editor’s note) exceeds 1”, abounds Deepsi Guardasani, epidemiologist , on Twitter. “The cases are currently at the same level as in mid-September and they had almost tripled in 4 weeks,” she insists. The reproduction rate is currently 1.16 in the country. Not to mention that if the Delta variant is indeed more transmissible, then the speed of spread of the virus may continue to accelerate.

And this variant is more transmissible than earlier variants. PHE data shows ~ 67% increase in infection in contacts of B.1.617.2 infected cases, compared to those with the Kent variant (secondary attack rates 13.5% vs 8.1%). pic.twitter.com/hbFMIZbfZe

Like Sunetra Gupta and Deepsi Guardasani, several voices are being raised calling on the government to suspend the last stage of deconfinement, scheduled for June 21. A choice already made by Scotland: Tuesday 1er June, Prime Minister Nicola Sturgeon announced a pause in lifting health restrictions across much of the country, including the capital, Edinburgh. Boris Johnson is expected to announce the maintenance or not of the last stage of deconfinement on June 14.

>> To read also: “Covid-19: how the United Kingdom managed to reverse the trend in the face of the epidemic”

The need for the double dose of vaccine

In the meantime, the British government wants to bet everything on an acceleration of the vaccination campaign. “The studies agree to show that vaccinated people are protected against the Indian variant”, explains Pierre Tattevin. On the other hand, it appears that the protection is much greater if one has received both doses. “

According to a study conducted by Public Health England, a single dose of vaccine would in fact only protect 33% against the Indian variant. A second dose of AstraZeneca would be 60% effective. This figure climbs to 88% with the Pfizer vaccine. As of June 2, 60% of the British population had received a first dose of the vaccine and 40%, two doses.

“This is undoubtedly why, even if more than half of the population has been vaccinated, the Indian variant has been able to make its place a little,” Judge Pierre Tattevin. In the eight regions most affected by the spread of the Indian variant, the government has decided to open vaccination to all adults. In the rest of the country, only those over 30 have access to it. The time between the two injections has also been reduced to eight weeks, compared to twelve previously, for those over 50 and the most vulnerable.

Faced with this situation, France, which on Tuesday June 4 unveiled a document detailing the modalities for reopening its borders from June 9, has placed the United Kingdom in “orange”. The British, vaccinated or not, will therefore have to present a PCR or antigen test of less than 48 hours to travel to France.

A reasonable decision according to Pierre Tattevin. “If the situation is not alarming, it remains worrying,” he said. And to admit: “In these circumstances, reopening the borders of the United Kingdom seems premature.”

One thought on “Covid-19: the United Kingdom faces the risk of a third wave”