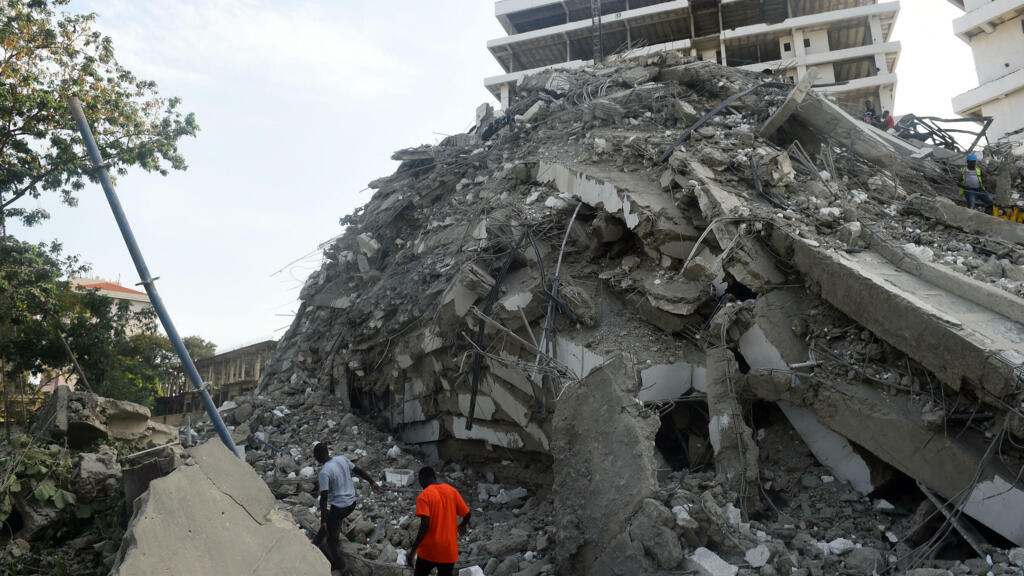 A 25-story building under construction collapsed on Monday in Lagos, Nigeria, as around 40 people were inside.

A skyscraper under construction collapsed, Monday 1er November, in Lagos, the economic capital of Nigeria, trapping people inside, according to construction workers and officials of the rescue services.

Officials could not specify the number of people trapped, but workers and neighbors scrambled to extract people from the rubble of the 25-story building in the Ikoyi neighborhood, correspondents from AFP on site.

“This is a 25-story building still under construction. Many workers are trapped under the rubble. We are trying to rescue them,” said Femi Oke-Osanyintolu, an official with the Emergency Management Agency of Lagos State.

“We cannot say at the moment how many people have died. The rescue operation is underway.”

According to residents and workers on the site, some of whom were covered in dust, dozens of people could have been inside when the building collapsed.

“About 40 people were inside, I saw ten bodies because I climbed,” said worker Peter Ajagbe, 26. “One of my colleagues is dead.”

“I went out to buy food and (…) saw the building collapse,” said Latif Shittu. “I feel very bad because the people inside have families.”

Ikoyi is one of the most exclusive residential and business districts of Lagos, the economic capital of some 20 million inhabitants.

Building collapses are common in Nigeria, Africa’s most populous country, where construction legislation is regularly flouted and due to the use of poor quality materials.

>> To see: “Nigeria: failures to teach children in a Lagos slum to succeed”

In October 2020, a building under construction had already collapsed in Ikoyi, leaving eight dead and ten seriously injured. In March of the same year, twenty people were killed in the collapse of a building that housed a nursery and primary school.

In one of the worst disasters of 2014, 116 people were killed after the collapse of a six-story building in which a famous televangelist, Joshua TB, was preaching.

The investigation had found structural failures in the building, the construction of which was illegal.

1 thought on “Nigeria: building under construction collapses in Lagos, trapping many workers”