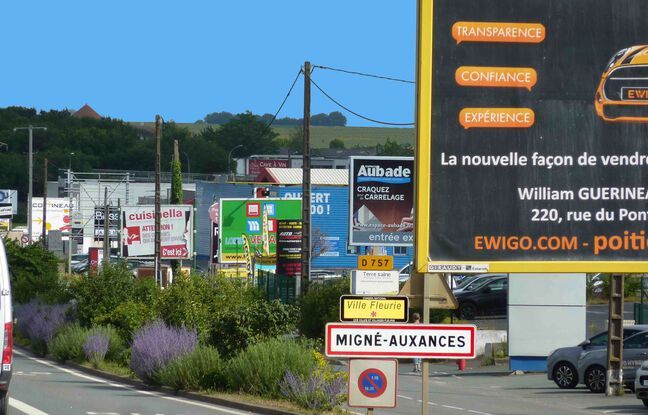 These trophies will not be awarded by Stéphane Bern on France 2. Landscapes of France awarded its Prix de la France moche 2021 to four municipalities: Migné-Auxances (
Vienna), Montalieu-Vercieu (
Isere), Dambach-la-Ville (
Bas-Rhin) and
Haven (Seine-Maritime). And according to the association’s website, “this year again, the choice was difficult for Paysages de France in order to decide between the photos sent by its members”. The four cities are singled out for their inaction in the face of the invasion or the location of
advertisement signage.

Migné-Auxances (Vienne) won in the Fallen into the panel category for the multitude of advertisements at its entrance.

It is in the Advertising campaign category that Montalieu-Vercieu (Isère) received this fine diploma.

Dambach-la-Ville could not imagine winning the Heritage enhancement category with its entrance via a gate in its fortified rampart surmounted by a nest of storks. But the billboard next door led to the coronation of the Alsatian town.

Finally, Le Havre has a strong taste for pubs and alcohol. Hence his victory in the Advertising without moderation category.

Paysages de France announces at the beginning of its website that it is an “association approved within the national framework under the Environmental Code, independent of economic and political powers”. She congratulated and sent a diploma to the four mayors of the winning cities urging them to “fight this advertising invasion with a strong impact on everyday landscapes: by establishing or modifying a local advertising regulation, or by asking the prefects to intervene for infringing advertisements ”.

It is unlikely that municipalities will spontaneously apply for next year’s awards. But don’t worry, Paysages de France members are already on the go to find the 2022 winners!