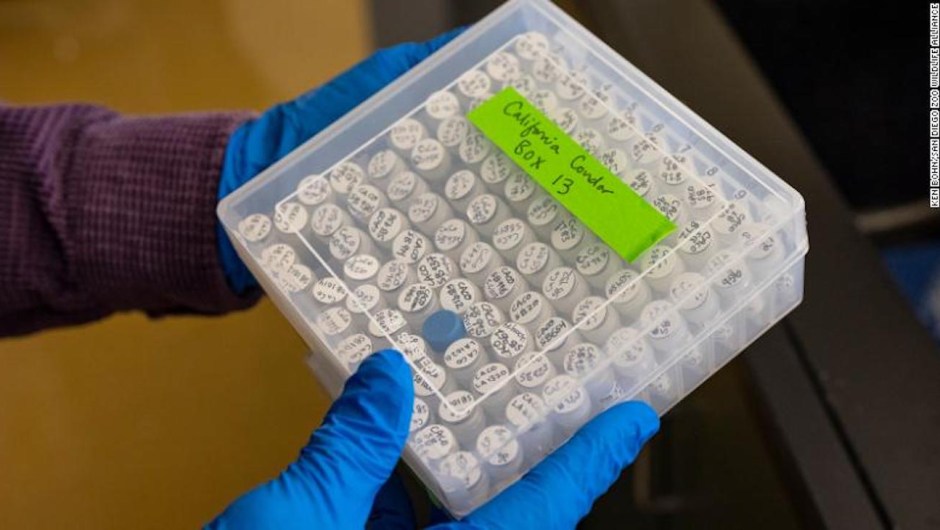 (CNN) – Two captive female California condors each produced a chick asexually years ago, the only such cases ever recorded for that endangered species, researchers reported Thursday.

And while this has been seen in other vertebrates and even birds, these are believed to be the first cases recorded in birds whose females had access to a male, as in the case of these condors, the researchers said.

The rare hatches – the first of which occurred in the early 2000s and the second later that decade – were seen only when researchers analyzed biological samples from condors in a breeding program run by the Zoo’s Wildlife Alliance. from San Diego, the group said.

The discovery, published Thursday in the Journal of Heredity, raises questions about how many more species reproduce asexually undetected, one of the researchers said.

The female condors in question were continuously housed with a fertile male in the alliance’s breeding program, and each female had many other chicks with their mates. But recent genetic testing found two abnormalities.

“It was just a surprise. We only confirmed it because of the normal genetic studies that we do to prove paternity,” Oliver Ryder, director of conservation genetics for the alliance, said in a press release.

“Our results showed that both eggs possessed the expected ZZ male sex chromosomes, but all markers were only inherited from their mothers (mothers), which verifies our findings.”

A chick died in 2003 shortly before its second birthday; the other died in 2017 days before his 8th birthday, researchers said.

More than condors: the asexual reproduction of some vertebrates

For vertebrates, asexual reproduction or parthenogenesis is rare, but hardly new. It is seen in some species of fishes and reptiles, and scientists believe it may be a response to the isolation of any male partner.

In birds, asexual reproduction has been recorded on rare occasions, and mainly in domestic turkeys and chickens separated from males, the researchers said in the report. Journal of Heredity.

Scientists also saw the beginnings of asexual reproduction in finches in a 2008 study, and in house pigeons in a 1924 study, but the eggs did not hatch, the journal report says.

The researchers believe the condor findings stand out compared to other cases in birds.

“Unlike other examples of avian parthenogenesis, these two occurrences are not explained by the absence of a suitable male,” said Cynthia Steiner, associate director of the alliance’s conservation research division.

California condors have long been considered endangered. About 200 adults are known to live in the wild, He says the International Union for Conservation of Nature.

“These findings now raise questions about whether this could occur undetected in other species,” Ryder said.