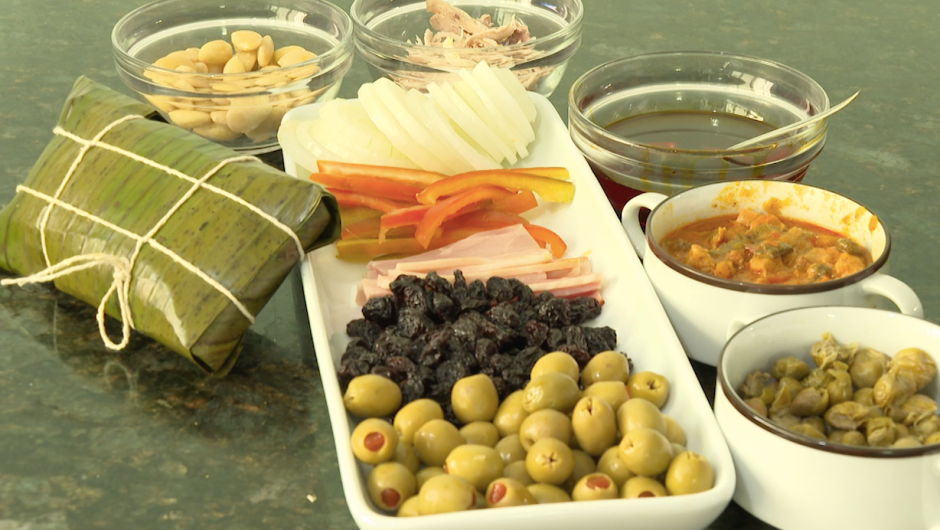 (CNN Spanish) – Tamales are “a jewel of Creole cuisine” named by chroniclers for the first time more than 500 years ago, according to Santiago Díaz Piedrahita in his book “Plant leaves as food wrap“.

Tamales have indigenous origin that is present throughout the Latin American region. Regardless of where they come from, they have a common definition: they are “a bun wrapped in banana or corn leaves dressed in various ways,” according to Díaz Piedrahita.

The word tamale comes from Nahuatl tamalli, which alluded to a “corn roll wrapped in leaves”, which is influenced by black cuisine —plashed in banana leaves— but above all from long cooking in boiling water, according to Germán Patiño Ossa in his book “Fogón de negros”.

And depending on where it is made, the ingredients vary, but in general terms it is a food packaged in banana or corn leaves.

These variations depend on the traditions of each country, region and even each town or family that prepares them. The shape and size also change according to need and custom.

There are some square, spherical ones with a bow on top. Or rectangular. The preparation can vary a bit: for example, use raw or pre-cooked dough; and the leaves can vary, but the principle of the tamale is the same: a food wrapped in leaves.

In Colombia, tamales are a salty main dish. They are served in Bogotá, Tolima, the eastern plains, Santander, Cauca, etc. In general, they are a food that is consumed throughout the country.

They are differentiated by their filling and shape: there are some to which threshed corn is put and others precooked corn flour, “but above all there is a particularity and it is the form of the packaging or assembly of the tamale”, said Andrés Mora, professor of Colombian cuisine of Mariano Moreno Institute, a Bogotá-based cooking school.

“They are different. They are all valid,” says Mora. “The important thing is that people understand the tradition of wrapping food in a sheet, doing it correctly and that in the end the flavors make sense.”

In the past, the tamale was not like it is now, Aura Teresa Sabogal Rubio, one of the owners of La Puerta Falsa, a traditional restaurant founded in 1816 in the historic center of Bogotá, told CNN. The place that is famous for its typical “santafereña” food, as it was known as Santa Fe Bogotá when it was called that way. “Before the tamale was prepared and the base was pumpkin, cheese and different meats,” he says.

Now, she says, it’s made from cornmeal, rice dough, green peas, chicken, and bacon and steamed.

“The banana leaf, when heated, has released its own substance. And that also adds a lot of flavor to the tamale,” adds Sabogal Rubio, whose business has more than 200 years of tradition.

La Puerta Falsa, in the historic center of Bogotá, is one of the most traditional places to eat tamales with chocolate and bread in the Colombian capital. (Credit: Melissa Velásquez Loaiza / CNN)

Bogota tamales differ from tamales in other cities. For example, there is the Tolima tamale (from the department of Tolima), made of rice dough, instead of corn flour.

“The dough, the base of the Tolima tamale, is rice and carries its portion of meat, chicken, a carrot slice and a piece of bacon,” said Mary Palma, who works at the Doña Rosalba suckling pig in the traditional Paloquemao Market Square. , one of the most important markets in the city. The business has been selling tamales and lechona for 51 years, another typical Tolima dish.

Tamales are served every day, especially for breakfast, but December is the time of year when they are sold the most and at any time, says Palma.

“The tradition here in Colombia, for people who come from abroad, is to invite them to try our Tolima tamale, the typical one, the one that is most eaten in traditional food in all December with white arepa, or with bread for a breakfast, with a hot drink like chocolate, or with a cold drink, be it a juice or soda. “

If you come to Mexico, you are definitely going to find tamales. Although, yes, the tamale will be different depending on the area of ​​the country in which you are. In the state of Yucatán, you can try the mucbipollo, a large tamale that is traditional on the Day of the Dead; in the Huasteca region, there is zacahuil, a giant tamale that measures up to a meter and a half; in Michoacán, the corundasTamales of the Purepecha tradition with a particular triangular shape.

And so throughout the territory.

“In Querétaro, a Canarian tamale; a chipilín tamale in Chiapas; a fish tamale in Tamaulipas; or a black corn tamale in Veracruz ”, mentions Edgar Salgado, director of the School of Mexican Gastronomy (Esgamex), which was founded in 2007 by chef Yuri de Gortari and gastronomic researcher Edmundo Escamilla.

Typical tamales of Mexico City that you will see in many street stalls. In the picture, the corn husk wrapped tamales are inside a pot that keeps them warm and ready to be served. (Aldo Gutierrez / CNNEE).

This variety is not a coincidence, but is a consequence of the great diversity of pre-Hispanic peoples. Specifically in Mesoamerica, which encompassed parts of Mexico and Central America, corn, an essential ingredient of these cultures, was shared, and various ways of eating it emerged, including tamales.

“More than talking about the tamale being a dish, we place it as a very Mexican way of eating, but also very Mesoamerican. And this because practically all of Mesoamerica shares the main ingredient in the diet of these peoples, which is corn. That is why we can find these manifestations such as the nacatamales in some countries or the Hallas, with different names but which in essence is the same conception of working with corn and a way of eating ”, explains Salgado.

The director of Esgamex emphasizes that there are works of the Yucatan Scientific Research Center (CICY) in which it is pointed out that, between 6,000 and 4,000 years before Christ, simple recipes of nixtamalization with ash to make tamales are already recorded in ancient Mexico.

After the Conquest (1521), adds Salgado, with the Spanish well established in what is now Mexico, more complex tamales can be found in their preparation, with old world ingredients such as pork and lard, which changed the texture of the Tamale corn (made it fluffier).

According to Fray Bernardino de Sahagún, in his accounts of the Florentine Codex on indigenous customs and the mixture with the Spanish Crown, “there are tamales with meat or simple ones cooked in an earth oven, with chili, fish, frogs, axolotls, cobs, corn softened with ash, corn softened with lime, fruit tamales, ”says Salgado.

Tamales of everything a bit, basically. And now we can say that tamales are everywhere: from the tamales at the Day of the Dead parties to the classics of the street stalls in Mexico City, which you can eat inside a bolillo. What is a bobbin? That’s another history.

In Mexico City, it is very common for tamales to be eaten inside a bolillo (bread), which is called “tamale cake” or “guajolota”. In the image you can see a green tamale turkey. The green tamale is usually filled with pork, chicken or even cheese, and a sauce made from green tomatoes. (Credit: Aldo Gutiérrez / CNNEE)

In Venezuela, tamales are known as Hallas and the tradition is to eat them at Christmas.

As everywhere, the ingredients there also vary from region to region. There is discussion about what should and should not wear a Hallaca, something that can be endless, but perhaps the most distinctive feature of the Hallaca is that, given the complexity of its elaboration, in the last century, preparing them at Christmas has become a family work or a meeting between neighbors who make them and then distribute them and each one puts them in good shelter for the Christmas meal.

“The Venezuelan Halca is the jewel of food,” said Reinaldo Chacón, a cook who lives in Caracas.

It is, he says, a plate, a cake, which is made up of four elements: wrapping, tied with a wick; a stew with different types of proteins, a seasoned dough and decorations that are olives, capers, among others.

The differences can vary from region to region, but in the end, they have all the elements, even if there are ingredients that are modified, according to Chacón.

These wrappers are very typical at Christmas time and at the end of the year in Venezuela. After cooking them, they are frozen, and in addition to eating them on Christmas Eve, on Christmas Day they are the undisputed protagonists after opening the gifts and the family table.

They are made with beef, pork and chicken, bacon, eggs, raisins, pickles, olives, potatoes, paprika, raisins, carrots. This without counting the process of preparing the corn flour dough painted with onoto or achiote and, of course, the banana leaves to wrap them.

Dr. Arturo Uslar Pietri, wrote that the saca was the living example of the miscegenation of Venezuelans, represented in an almost endless list of ingredients that earned him the nickname of “multisápida”.

And the story that spreads the most of its origin dates back to colonial times, when it is presumed that the black slaves accumulated the leftovers from the Christmas dinner of the lords of the house and mixed them with corn dough and then wrapped them in banana leaves and boil them and, thus, send them to the men who worked in the fields, in the mills and in other activities on the hacienda.

1 thought on “Salty, sweet; corn or rice and wrapped in leaves: this is how tamales are in Mexico, Colombia and Venezuela”