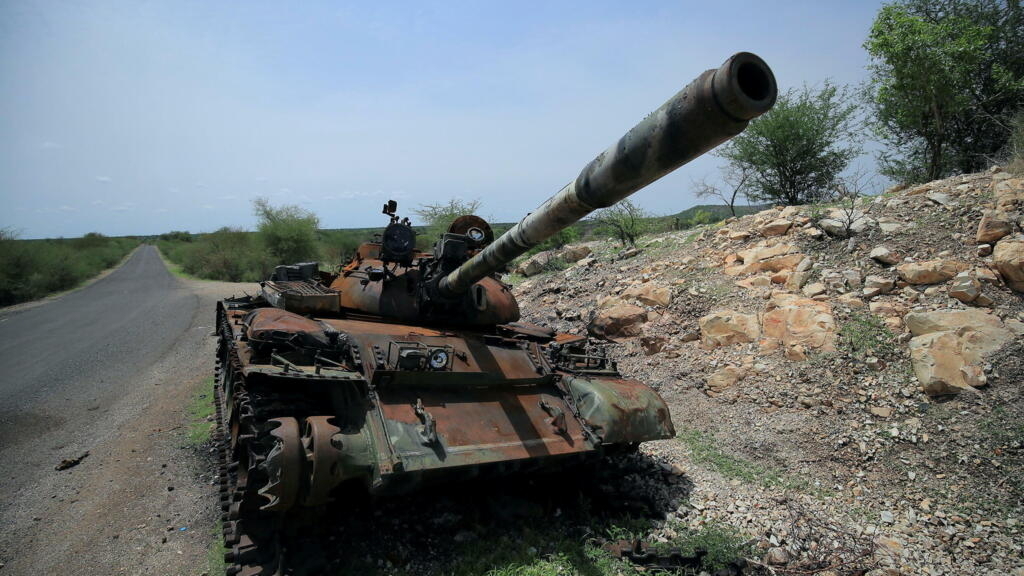 Heavy fighting continued Monday in Ethiopia between the national army and rebel forces of the Tigray People’s Liberation Front, as the latter claimed to have taken control of a strategic crossroads in the north of the country.

At a strategic road junction, fighting rages between Ethiopian forces and Tigrayan rebels around the town of Kombolcha, residents reported on Monday 1er November, the day after the rebels announced the capture of this essential axis in northern Ethiopia.

Fighters from the Tigray People’s Liberation Front (TPLF) claimed on Sunday that they had seized Kombolcha, after claiming the capture of the neighboring town of Dessie the day before.

These two neighboring towns of Amhara, south of Tigray, are located at a strategic crossroads about 400 kilometers north of the Ethiopian capital Addis Ababa and 300 km west of Djibouti.

If their hold is confirmed, it would mark a new major stage in this conflict which has lasted for a year.

>> To read: In Ethiopia, confusion over control of the key city of Dessie

Communications are cut off in much of northern Ethiopia and journalists’ access is restricted, making independent verification of information given by both parties virtually impossible.

On Monday, residents of Kombolcha, joined by AFP, said they heard gunshots continuously until the early hours, some claiming to have heard an airstrike.

“The night was marked by a lot of gunfire,” said Mohammed, who, like other residents, refused to give his last name for security reasons. “I heard an airstrike after midnight outside the borders of Kombolcha,” he added.

Hamdiu, a trader, also said he heard what sounded like an airstrike around midnight, in addition to “huge gunshots (…) until this morning”.

In recent weeks, the Ethiopian army has carried out aerial bombardments on Tigray. But “there was no airstrike on Kombolcha overnight,” a government spokeswoman told AFP on Monday.

AFP was unable to reach residents of Dessie, where fighting was reported on Sunday.

“The United States is alarmed by reports of the takeover” of the two cities by the TPLF, wrote on Twitter Monday, the United States Secretary of State, Anthony Blinken, calling “all parties ( a) cease military operations and begin ceasefire negotiations without preconditions “.

Begun in November 2020, the Tigray conflict has seen a dramatic turnaround since June.

Prime Minister Abiy Ahmed, 2019 Nobel Peace Prize winner, proclaimed victory on November 28, a few weeks after sending the army to Tigray to remove the dissident regional authorities from the TPLF.

But rebels recaptured most of the region in June, forcing government troops to largely withdraw. They continued their offensive in the neighboring regions of Amhara and Afar.

TPLF spokesman Getachew Reda – who threatened in July to “march on Addis Ababa (…) to defend Tigray” – said on Twitter on Sunday that the TPLF had “no other motivation than to break the deadly siege “on the region, in the grip of a serious humanitarian crisis.

The twelve months of conflict, marked by numerous accounts of abuses against civilians, in particular pushed 400,000 people to the brink of famine in Tigray, according to the UN.

The spread of fighting in Afar and Amhara has displaced hundreds of thousands of people and further extended the humanitarian distress. As of September, Amhara authorities estimated that at least 233,000 civilians fleeing the rebel advance had found refuge in Dessie and Kombolcha.

“Dying for Ethiopia is a duty”

In a message posted on Facebook on Sunday, Abiy Ahmed urged the Ethiopians to use “any weapon … to block the destructive TPLF, topple it and bury it.”

“Dying for Ethiopia is a duty for all of us,” he said, echoing the call for residents by the Amhara regional government to mobilize and defend their lands.

The Amhara administration issued a decree ordering all institutions to suspend their regular services and devote their budgets and energy to “the survival campaign”.

The Oromo Liberation Army (OLA), an ethnic Oromo rebel group with which the TPLF allied in August, also announced on Sunday that its fighters had entered the southern towns of Kemise and Senbete. from Kombolcha on the A2 highway leading to Addis Ababa. Senbete is located 260 kilometers from the capital.

1 thought on “In Ethiopia, the fight between army and Tigrayan rebels reaches a strategic axis”