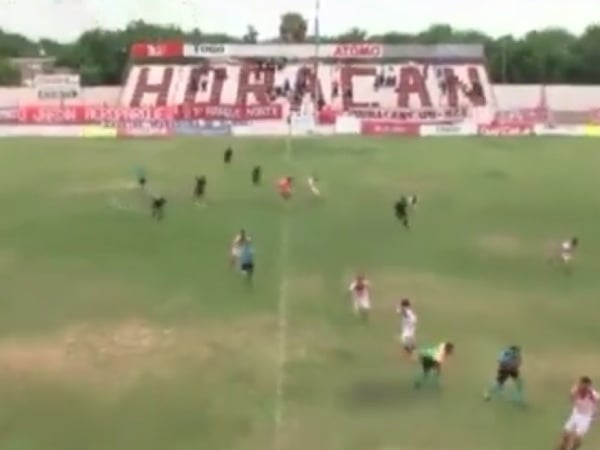 In the Argentine league, they shot the coach during the match Source: Twitter

BUENOS AIRES – In the wild conclusion of the match of the third highest Argentine football league between the teams Hurracán Las Heras and Ferro Carril Oeste, the coach of the guests Mauricio Romero was shot. The coach received a blow to the shoulder during the fight between the various groups of fans of the home team.

The incident occurred just before the end at 3: 1 for Hurricane. The amateur footage from the match shows how the players of both teams run away from the field and the fans in the view are trying to hide while the shooting is heard.

“Romero is fine and out of life,” Ferra’s representatives said on twitter. They added that the coach was taken to the hospital after a match that did not play out.

1 thought on “VIDEO Shooting at a football match: The players were afraid for their lives, the bullet hit the coach! – Športky.sk”