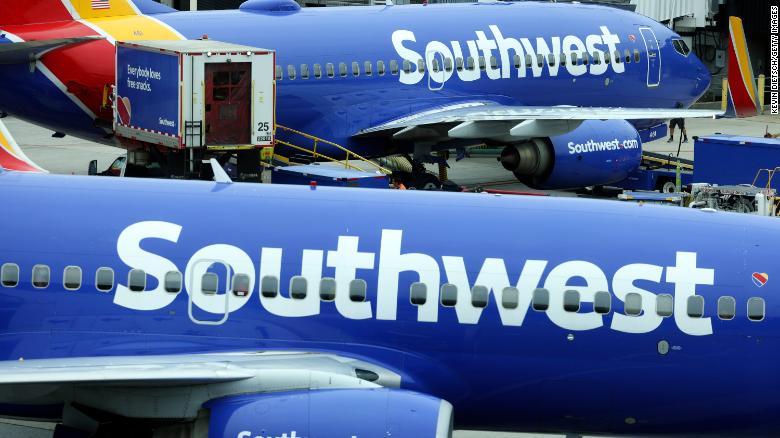 Will Biden be able to demonstrate his leadership in Europe? 1:11

(CNN) – Southwest Airlines (LUV) says it launched an internal investigation after a report that one of its pilots used a phrase against US President Joe Biden on a plane’s public address system during a flight.

“Southwest does not condone employees sharing their personal political views while at work,” the airline said in a statement Sunday. “Southwest is conducting an internal investigation into the recently reported event and will address the situation directly with any employee involved while continuing to remind all employees that public expression of personal opinions while on duty is unacceptable.”

The Associated Press, which had a reporter on board the flight, first reported that, on Friday, a pilot on a flight from Houston to Albuquerque ended his typical passenger greeting with the phrase “Let’s go Brandon,” a right-wing cross-group code for “F ** k Joe Biden” (Who f ** k Joe Biden). The AP report says the passengers responded with shocked expressions.

Last week, the union representing United Airlines pilots (UAL) said in a memo obtained by CNN that an in-flight radio frequency intended for emergency broadcasts “should not be used as a personal pulpit.”

Captain James Belton of the United chapter of the Airline Pilots Association told CNN that the memo was related to the broadcast of “Let’s go Brandon” on emergency radio frequency 121.5.

“Anyone making these calls is directly interfering with security,” the memo read.

Various reports say the phrase relates to the moment a crowd during the NASCAR car race shouted “F ** k Joe Biden” while driver Brandon Brown was being interviewed after a victory. The reporter who first interviewed him had speculated that the crowd was yelling “Come on, Brandon.”