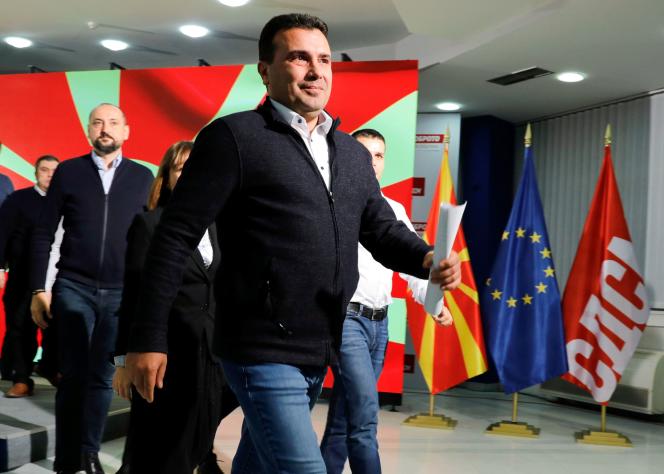 The Prime Minister of North Macedonia, Zoran Zaev, announced his resignation Sunday, October 31 after the poor results obtained by his party, the SDSM (left), in the municipal elections in this small landlocked country in the Balkans. “I take responsibility for these election results. I am resigning from my post as Prime Minister ”, Zaev told reporters.

In this election, the second round of which was held this Sunday, the SDSM lost the capital, Skopje, and most of the country’s major cities and urban centers, after having, in 2017, won more than half of the 80 municipalities of North Macedonia. “I brought freedom and democracy, and democracy implies taking responsibility”, explained Mr. Zaev, who also resigned from his post as president of the SDSM.

Parliament has yet to confirm this resignation. Elected prime minister in 2017, Zoran Zaev put an end to ten years of reign of Nikola Gruevski and his right-wing party, the VMRO-DPMNE, shaken by an illegal wiretapping scandal that seemed to bear witness to rampant corruption.

Proclaiming the victory of VMRO-DPMNE, its current leader, Hristijan Mickoski, considered that “The government has lost its legitimacy”. Mr. Mickoski expressed the hope that this “New reality will emerge in Parliament”. “However, the best solution would be for this to happen during early legislative elections”, did he declare.

Zoran Zaev, opposed to an early poll, intends to secure a majority in Parliament for a new government of the SDSM and its allies. In 2018, Zaev struck a deal with Athens that resolved a dispute with Greece over Macedon’s name, with plans to add the qualification ” North “ in the name of the country in order to avoid confusion with the Greek province of the same name.

The conclusion of this agreement should, in principle, open the door to negotiations on the country’s accession to the European Union. But North Macedonia subsequently encountered reluctance from France and Bulgaria, and has still not started these negotiations. Sofia, which threatens to block North Macedonian EU membership negotiations, and Skopje have an argument over the origins of the Macedonian language, with Sofia seeing it as a Bulgarian dialect.

Despite its victory in the 2010 legislative elections, the government of Zaev, which has a narrow majority, has not been spared by business, which probably explains in part the result of the municipal elections. The government, which had pledged to curb the Covid-19 pandemic and its effects on the national economy while moving towards EU membership, has not however recorded any notable results concerning these two files.