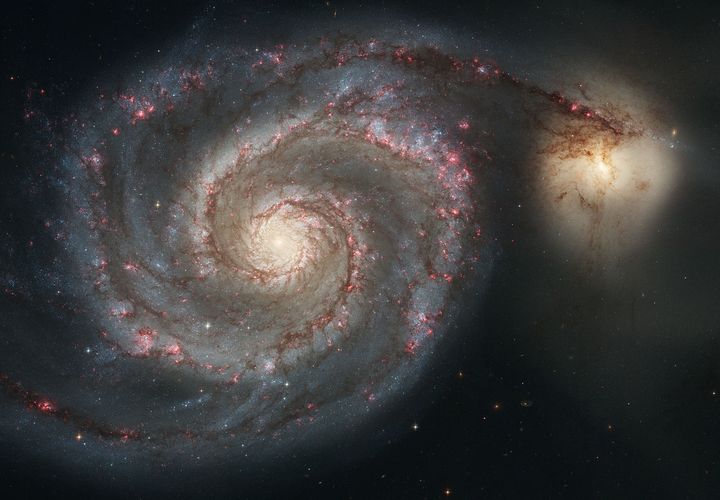 A team of researchers have discovered a new planet in another galaxy, 28 million light years from our Milky Way. The first exo-exoplanet! Mathilde Fontez, editor-in-chief ofEpsiloon, the new science magazine, looks back on this fascinating discovery.

franceinfo: Today, you are announcing the discovery of a planet in a galaxy other than ours …

Mathilde Fontez: In the galaxy M51. It’s a spiral galaxy that’s pretty close to us, but still 28 million light years away. And yes, it would therefore be the first time that we have discovered a planet outside our Milky Way. If it’s confirmed. Because the signal collected by an international team of astrophysicists is very, very weak.

How did they manage to detect this planet?

They targeted stars with a space telescope, NASA’s Chandra telescope. And they looked for sharp drops in brightness. This is one of the main methods for finding planets, even in our galaxy: we are looking at a star, and if the light suddenly drops, it means that something has passed between the telescope objective and the star. That something obscured the light.

It’s like an eclipse. And on one star in particular, it’s called ULS-1, the researchers saw the brightness drop to 0, for about 3 hours. According to their calculations, this means that a giant planet, the size of Saturn, gravitates there.

And is it a surprise to find a planet in another galaxy?

Well actually, not at all. It is long overdue. Because planets, astrophysicists think there are everywhere. There are eight of them in our Solar System. And around other stars, in our galaxy, the Milky Way, we found 4,864, according to the latest count.

M51 (NGC 5194 or Tourbillon Galaxy) is a spiral galaxy located in the constellation Hunting Dogs, about 27 million light years from the Milky Way. Discovered by the French astronomer Charles Messier in 1773.
(NASA AND EUROPEAN SPACE AGENCY)

These detections led astrophysicists to estimate that there would be planets around all or almost all the stars in the Milky Way. There would be tens and tens of billions. There is therefore no reason that there is not in other galaxies. Except it’s incredibly difficult to observe, because of the distance.

Because this drop in brightness is very low?

Yes. To see this exo-exoplanet: the first exoplanet outside the Milky Way, the researchers had to target a particular type of star, very bright in X-rays. And they will not be able to make another measurement of it. Because according to their calculations, the orbit of the planet is very long. It will not pass in front of the star again for 70 years. We will therefore have to be content with these data to confirm the presence of the planet … and try to find others.

1 thought on “We discovered a planet, in another galaxy – Franceinfo”