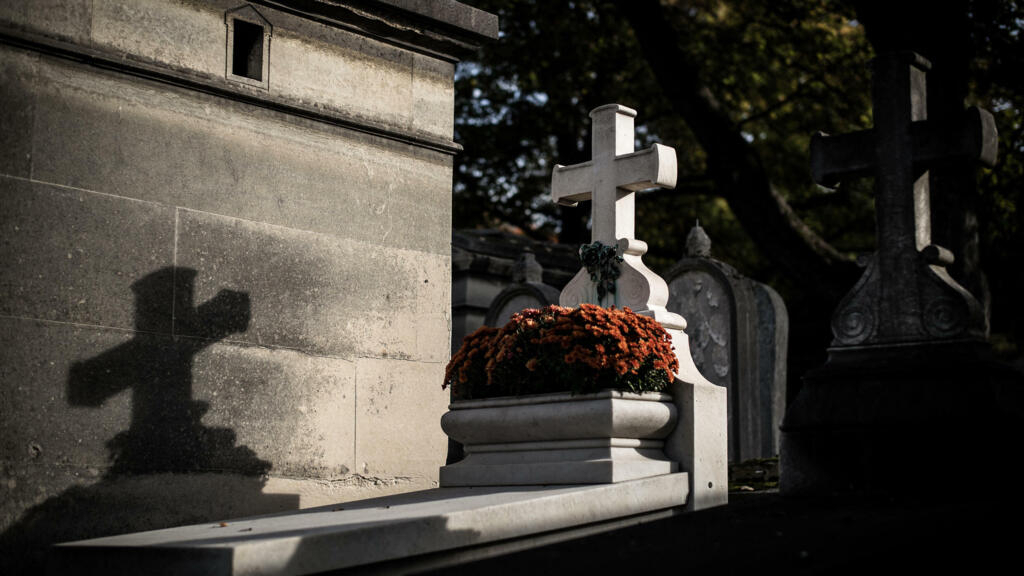 By burial or cremation, funerals have an unsuspected environmental impact on the soil and the atmosphere. The use of formalin, very widespread in the care of the deceased in France, is a source of significant pollution after death and more eco-responsible practices remain uncommon.

Even buried six feet underground, we continue to pollute. According to one of the rare French studies on the environmental impact of funerals, ordered by the funeral services of the City of Paris, an interment produces up to 833 kg of CO2, almost as much asa return Paris-New York by plane.

“Pollution of groundwater, air pollution … Burial in the cemetery or cremation. Any funeral will be polluting”, deplores Michel Kawnik, the founder of the French Association of funeral information (Afif) contacted by France 24. ” “It’s not just polar bears that accumulate heavy metals. Our body keeps drug molecules and we accumulate many pollutants,” he warns.

In France, the trend is towards cremation, a method chosen by 40% of French people for their burial, especially in large cities, “mainly for financial reasons”. If the cremation emits on average the equivalent of 3% of the carbon emissions of a French person over a year, against 11% for the burial. However, it is not more “green”.

Formalin released into the air

Blame it on formalin, an extremely polluting liquid, injected in large quantities (6 to 10 liters) into corpses, for so-called preservative care called embalming. A very common embalming in France, where embalming is practiced on 70 % bodies, while the use of formaldehydes is strictly controlled or totally banned in most European countries. “Superfluous” care, warns Afif, for whom many funeral directors “push” families to accept these injections of formalin products “without providing them with an explanation”.

“It is useless, except to double the cost of the funeral; and it pollutes dangerously”, regrets Michel Kawnik. The cremation of a formalin body releases dioxins, “a real poison”, according to Afif. And to make matters worse, since 2018 legislation has required French crematoriums to be equipped with filters preventing the spread of dust and certain metals, but these filters do not prevent formaldehydes from spreading into the atmosphere.

Another source of pollution particularly worries Afif: mercury, used less and less, but still present in dental amalgam, especially in many elderly people. If the filters seem effective against the diffusion of this metal, Michel Kawnik believes that all crematoriums in France are not yet equipped, despite the legal obligation.

“Mercury heated to more than 400 degrees becomes gaseous, it passes through the chimney of the crematorium oven and it falls back in fine droplets in the surroundings”, he warns, regretting that France does not follow Spain’s example. , where these amalgams “are removed before cremation”. A simple check that eliminates any risk of pollution for the vicinity of the crematoriums.

In the case of burial, formalin and mercury pollution will also occur, but “more slowly”. In an investigation, Reporterre [le quotidien de l’écologie] quotes Claude Bouriot, former sanitary engineer at the Ministry of Health, who considers that 3.3 kg the amount of pure formaldehyde buried per cemetery on average. The chemicals will be released this time into groundwater as a result of the degradation of the body. “In the long term, burial is more polluting,” says Michel Kawnik.

Added to this is the pollution induced by the layers of polyurethane varnish used for the aesthetics of the coffin and the carbon impact of monuments or granite tombstones, produced in China for the most part.

“More and more families are looking for the least polluting funerals possible, because they wish to respect for their deceased what he had imposed himself during his life”, observes Michel Kawnik.

Faced with these ecological concerns, some funeral directors have therefore started to adapt. They now offer waxed coffins, in raw wood, or from organic sources.

To a certain extent, however, deplores the Afif, which receives complaints from families to whom the funeral services still refuse the use of cardboard coffins, less polluting, but above all much cheaper. “Few companies in France agree to sell this type of biodegradable coffins. There is still a reluctance to accept that eco-responsible products can be offered”, observes Michel Kawnik for whom very much progress remains to be made in practice.

1 thought on “Ecological impact of funerals: pollution continues until we die”