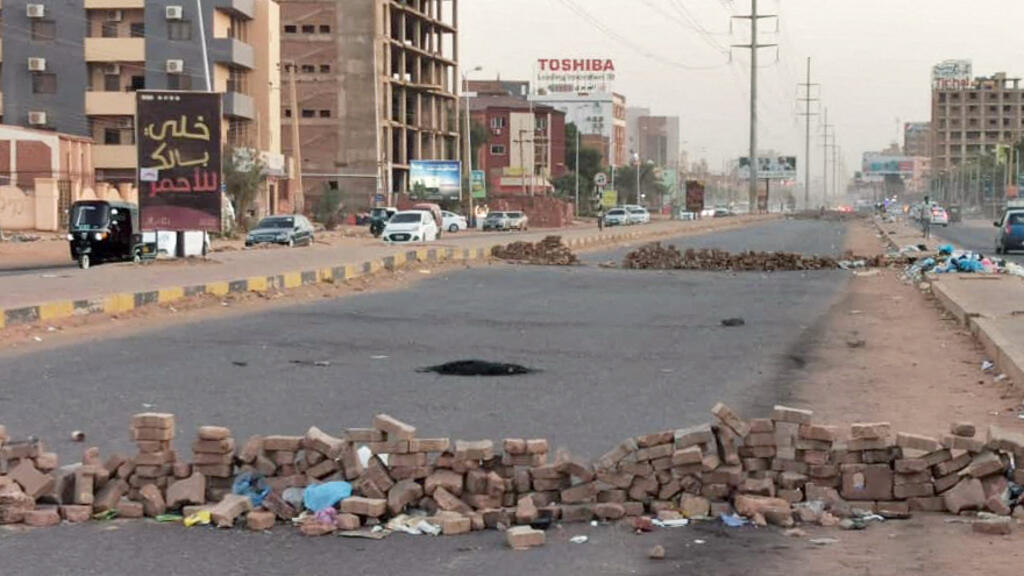 The Sudanese hostile to the coup d’état of General Abdel Fattah al-Burhane, maintained the barricades in Khartoum on Sunday, determined to stand up to the army when at least a dozen demonstrators were killed this week. The government for its part sacked the Attorney General who had ordered the release of several figures of the former regime of Omar al-Bashir.

A week after the coup in Sudan, protesters hostile to General Abdel Fattah al-Burhane maintained pressure in the streets on Sunday (October 31) despite twelve dead in their ranks, according to medical sources. While soldiers and paramilitaries still crisscross the streets and many members of the civilian government are imprisoned by the army, opponents of the coup seem determined to relaunch the transition to democracy.

Protesters maintained the barricades in Khartoum on Sunday, observing “civil disobedience” or refusing to work as claimed by almost all unions. Installed at flying roadblocks, the soldiers search passers-by and cars in Khartoum, where most shops remain closed, a sign that the “general strike” declared Monday by the unions is being followed.

On Saturday, they had taken to the streets by the tens of thousands to speak out against the putsch and the continued detention of most of the civilian leaders who until now had shared power with General Burhane and other soldiers to take the country to its first free elections.

Assessment of the week of demonstrations: 12 dead and nearly 300 injured according to a union of doctors pro-democracy. The police, she claims to have never fired with live ammunition.

While last Monday most of the country’s civilian leaders were imprisoned, several figures of the former regime of Omar al-Bashir were released from prison on Sunday.

State television reported in the evening that General Burhane had sacked the attorney general who had ordered his releases.

The partisans of a civil power do not budge: for them, it is the confirmation that the coup d’etat wants to bring back Sudan to the time of the dictatorship, a team between the autocrat Bashir, soldiers and Islamists who earned Sudan its inclusion on the United States’ blacklist.

>> To read also: Who is Abdel Fattah al-Burhane, sponsor of the coup in Sudan?

Lifting of blockages in Port Sudan

The tribes who have been blocking the main port, Port Sudan, in the east for a month and a half, have for their part lifted the camp. “After discussions with leaders, international organizations and civil society, we decided to lift our blockage for one month to give the authorities time to form a government and then for this cabinet to find a solution for the east,” Abdallah Abouchar, one of the leaders of the demonstrators from the Beja tribes, told AFP.

In this region, the commercial heart of Sudan where oil from South Sudan and almost all of the country’s import-export transit, residents say they do not see the fallout from this trade, highlighting the lack of infrastructure and services.

The blockade of the Beja had caused shortages across the country. Enough to exacerbate tensions in Sudan, mired in economic slump and undermined by decades of conflict, and further challenge a civilian government already made unpopular by its economic reforms.

The UN Special Representative for Sudan, Volker Perthes, spoke on Sunday with ousted Prime Minister Abdalla Hamdok about the possibilities of UN mediation in the Sudanese crisis to get the country out of the deadlock after the coup. Military state.

But the head of diplomacy, Mariam Sadeq al-Mahdi, affirmed that Abdalla Hamdok “will not participate in this grotesque act, this betrayal carried out by the putschists”. Volker Perthes said on Twitter that Abdalla Hamdok was still placed “under house arrest” at his home.

Demanding the return of civil power, Washington and the World Bank have suspended their financial aid, vital for Sudan suffocated by rampant inflation and endemic poverty.

In August 2019, Khartoum had equipped itself with military-civilian authorities in charge of leading the transition to an entirely civilian power, after the overthrow in April of the same year of the dictator Bashir – who reigned without division from 1989 to 2019, but after more than two years of a delicate transition undermined by divisions between and within the two civil and military clans, the agreement has been shattered in recent weeks with the military putsch.

1 thought on “A week after the putsch, the Sudanese hold their barricades”