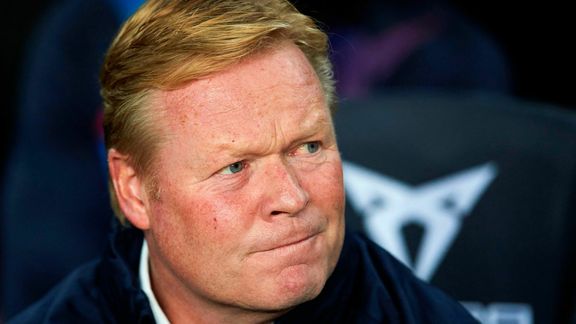 Sacked overnight from Wednesday to Thursday, Ronald Koeman would like to receive his full severance pay, or € 12 million according to his friend Lluis Canut.

Ronald Koeman’s Catalan adventure ended prematurely. Arrived during the summer of 2020 under the era Josep Maria Bartomeu, the Dutch technician hoped to complete his contract, i.e. until 2022, but Joan laporta decided otherwise. The president of the FC Barcelona made the decision to part with Ronald koeman after the new defeat of his team in the league against Rayo Vallecano last Wednesday (1-0). The leader had justified his decision. ” I want to thank Ronald. If he didn’t stay longer, it was because the results so decided. The situation was untenable. We thought we had to act. The relationship with Ronald remains good. He said he understood it (his dismissal) and that it was part of football. Negotiations for its termination are going well. […] Perhaps we should have decided to fire him earlier. From now on, I have taken my responsibilities. We had reached a significant drift. […] But we thank him for coming. He’s a club man. He will always be part of the Barça house »Laporta confided last Friday. The manager also referred to the discussions relating to his departure: “ Negotiations for its termination are going well as we will respect the agreement “. But behind the scenes, the negotiations would not be easy.

In recent days the Spanish press had indicated that the FC Barcelona was to pay € 12m to Ronald koeman. An amount confirmed this Sunday by his friend Lluis Canut. ” I do not know if these 12 million also include what must be paid to his technical staff or if it is only what remains to be settled with him, knowing that he postponed 45% of his contract last season while the club suffered the consequences of the coronavirus “ entrusted the journalist to the microphone of Catalunya Radio. But for now, the proposal of FC Barcelona would not be up to the task. ” During the first discussions between the representative of Koeman and the CEO of Barça, there was a low proposal, I think between 7 or 8 million, but of course, far from the 12 million that Koeman must collect and that in principle he wants to collect to the last penny of the contract ” has followed Canute, who announced that Ronald koeman did not intend to give a gift to Joan laporta and to claim a slightly lower severance pay. ” Koeman wants to cash in every penny. It is a signed contract that both parties have accepted, it is not made by the current board of directors, but it is a recognized contract and it is not a matter of forgiving or not forgiving, what is signed must be respected ” concluded Canute. Negotiations between the two parties are expected to continue in the coming days, but the Dutch technician fully intends to be ruthless.