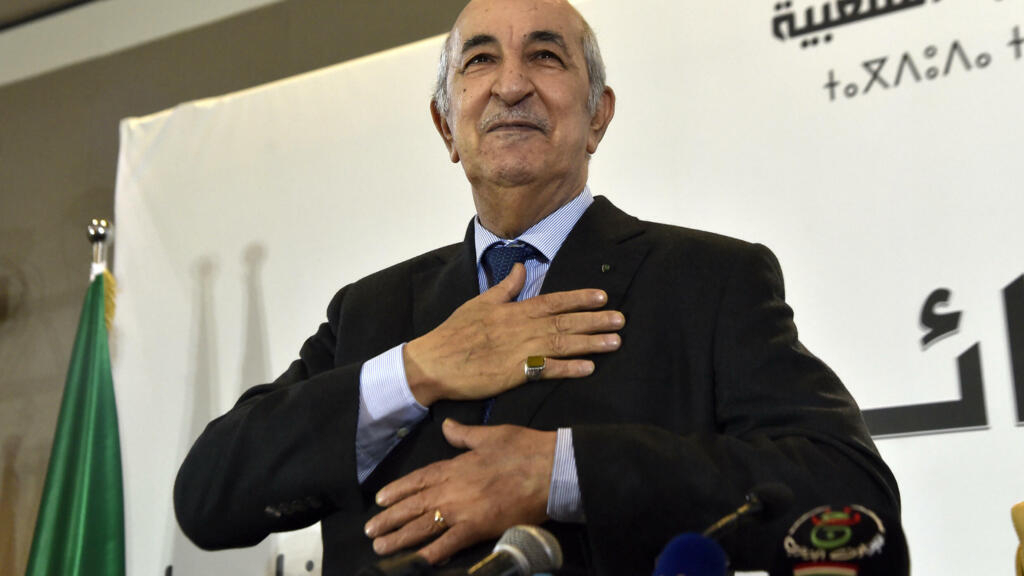 Algerian President Abdelmadjid Tebboune on Sunday “ordered” the public group Sonatrach not to renew the contract for the gas pipeline passing through Morocco and supplying Spain with gas, “in view of the hostile practices of the neighboring kingdom.

The cloth continues to burn between Algiers and Rabat. President Abdelamadjid Tebboune “ordered the cessation of commercial relations between Sonatrach and the Moroccan Office for Electricity and Drinking Water (ONEE)”, Algerian public television announced on Sunday (October 31st), broadcasting a press release. the Presidency.

Abdelamadjid Tebboune took this decision, after consultation with the Prime Minister and the Ministers of Foreign Affairs and Energy, “in view of the hostile practices of the (Moroccan) kingdom which undermine national unity”, explained the press release. .

The Algerian decision to close the GME gas pipeline which linked Algeria to the Iberian Peninsula via Morocco was taken last August when Algiers severed diplomatic relations with Rabat. The country, the first supplier of natural gas to Spain, had since remained in its position, making no secret in recent weeks of its intention not to extend the contract for the use of the Gaz Maghreb Europe (GME) gas pipeline.

Spain, which depends for half on Algeria for its gas supply, fears possible shortages or even a rise in gas prices. This week, however, Spain received assurances from Algiers that the supply will indeed be assured. Algerian gas deliveries to Spain will now be made exclusively via the Medgaz submarine gas pipeline launched in 2011.

On Wednesday, the Spanish Minister for the Ecological Transition in charge of Energy Teresa Ribera and the Algerian Minister of Energy and Mines Mohamed Arkab announced that Algerian gas deliveries to Spain would be ensured via the Medgaz gas pipeline and the liquefied natural gas conversion complexes.

Since 1996, Algeria has shipped around 10 billion cubic meters of natural gas per year to Spain and Portugal via GME.

In return for the transit of the gas pipeline, Rabat received annually nearly one billion m3 of natural gas, which represents 97% of its needs. Half were rights of way paid in kind, the other half was cheaply purchased gas, according to industry experts.

At the end of August, Algeria cut off diplomatic relations with Morocco, citing “hostile actions” by the kingdom, a “completely unjustified” decision, according to Rabat.

>> To read also: With the rupture of relations between Algeria and Morocco, the Maghreb durably “fractured”

The crisis erupted shortly after the normalization of diplomatic relations between Morocco and Israel, in exchange for the recognition by the United States of Moroccan sovereignty over Western Sahara. Algiers, which supports the Saharawi separatists of the Polisario Front, regularly repeats its support for the Palestinian cause.