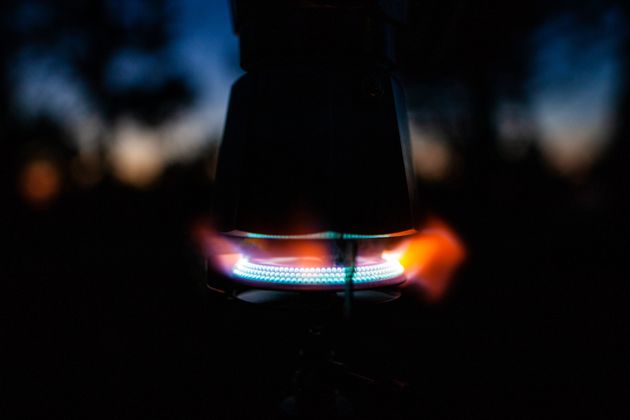 Gas prices are frozen until the end of 2022. Illustrative image

DAILY LIFE – It’s like a ritornello: November 1 once again brings its share of novelties which affect (for good or for bad) the daily life of the French.

Snow tires mandatory in the mountains, start of the winter break, end of terrace extensions in Paris or else gas price freeze, here is what changes on November 1st:

Gas prices are frozen when they should have increased by around 15%. The Prime Minister Jean Castex announced at the end of September “a tariff shield” with the blocking of the regulated gas tariff to respond to the general surge in energy prices.

Motorists must equip their vehicles with snow tires or have snow chains in their trunk in all the mountainous areas of the country (Alps, Corsica, Massif Central, Jura Massif, Pyrenees, Vosges Massif).

The prefects of 48 departments had to draw up the list of municipalities where this equipment becomes compulsory. In Cantal, Haute-Loire, Haute-Savoie or Puy-de-Dôme, the measure concerns the entire territory. In the Hautes-Pyrénées, 55 municipalities out of 469 are concerned, located above 1,000 meters above sea level.

On October 4, the Interior Ministry announced a season of tolerance for this year indicating that breaches would “not be penalized this winter”.

Always in the car, the road check signals indicated on the Waze and Coyotte type applications become prohibited. Concretely, specifies the decree published in Official newspaper, “The prefect, on the proposal of the officers or agents of the judicial police and of the deputy judicial police officers of the national gendarmerie and the national police”, may take the decision to suspend the rebroadcasting of reports which allows drivers to avoid passing by. by the police control box (especially in the case of alcohol control or paging).

In some cases, this ban can also be taken by the Ministry of the Interior.

However, according to the Parisian, the jamming equipment to prevent these reruns is not yet operational …

This is the start of the winter break which will end on March 31, 2022. This means that tenants can no longer be evicted from their homes.

Housing tax is also reduced by 30% for the 20% of households which are still liable to this tax. It will be permanently abolished for all in 2023.

The “PsyEnfantAdo” device which allows children aged 3 to 17 to consult a psychologist free of charge for ten sessions has been extended.

It was launched last April to help children and adolescents suffering from various disorders or depression due to the Covid-19 crisis. It is supposed to end on December 31, 2021.

The retreats complementary to the private sector (Agirc-Arrco) are revalued by 1%. The service value of the point goes from 1.27 to 1.28 euros. A revaluation lower than inflation which tops out at 1.5%.

Parisian bars and restaurants which had been able to extend their terraces on the sidewalks or parking spaces thanks to the Covid-19 to promote outdoor gatherings must pack up.

From Monday, these ephemeral terraces will officially disappear.

The “Month without tobacco”, A public health operation carried out every November in France to encourage smokers to quit, will also begin on Monday, November 1, while the health authorities are trying to relaunch a campaign that is running out of steam, especially in the face of the Covid crisis. A little less than a week before the kickoff, Public Health France had 52,000 registered.

The Tobacco Free Month, launched in 2016 in France on the model of a similar operation in the United Kingdom, offers a challenge to smokers: to stop smoking throughout November.

But the operation is meeting less and less success, while tobacco remains the leading cause of preventable death, killing 75,000 people in France each year. Last year, just over 125,000 people registered online for Tobacco Free Month, up from over 200,000 the year before.

WhatsApp users, beware. Messaging announced that ”as of November 1, 2021, (the app) will no longer support Android phones running Android 4.0.4 and earlier. You are advised to switch to a supported device or save your chat history before then ”.

“We recommend using the following supported devices: Android running Android 4.1 and above (and) iPhone running iOS 10 and above”, specifies the service of Meta (new name of the Facebook company).

This concerns, details the Dispatch, versions that are 8 years old for Android and 5 years old for iPhone and which are no longer able to support the new updates. In total, specifies the daily, about forty smartphones are concerned at Apple, Samsung, Huawei and LG.

Also on the Huffpost: The ephemeral terraces in Paris will become “summer” and paying

1 thought on “Gas, Waze, WhatsApp, terraces … What changes on November 1 – The HuffPost”