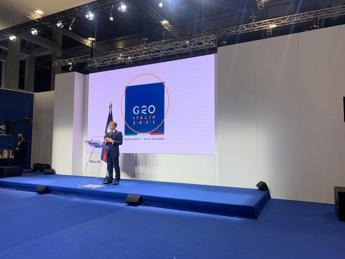 “I don’t want an escalation but you have to be serious. We have been talking for ten months. Of the licenses we have been given to our fishermen many others have not. Now the ball is in the UK court, if the British do not move the retaliatory measures that have been announced starting from November 2 will have to come into force “. This was stated by the President of the French Republic, Emmanuel Macron during the press conference at the end of the G20 regarding the ongoing dispute with the United Kingdom and after the meeting with the British Prime Minister, Boris Johnson. The question between France and the United Kingdom related to fisheries and the Northern Irish Protocol, Macron underlines, “is not a bilateral question”. “France has a great history with the UK and we want to cooperate and do things together. The UK is a country I love and I think Johnson loves France. The UK has decided to leave the EU after four years of negotiation. we have reached an agreement for Brexit: after ten months from the drafting of this agreement some points have not been respected and we could not fail to say it. It is a question of trust and credibility “. The theme of fishing, he adds, “may seem technical or minor but we are talking about the lives of people who depend on their work. We need to be serious”. To the British, Macron reiterates, “we have delivered proposals. If the British continue to act as if did not want to implement an agreement that has been signed, I would regret but we cannot fail to defend our fishermen “. On the Northern Irish protocol, Macron adds,” Prime Minister Johnson told me of his difficulties in applying an agreement he had signed himself. this situation and when we talk about this dossier we are talking about a complicated issue. I proposed to the premier that he make a proposal to be submitted as an amendment to be able to advance on this dossier “. These dossier, however, are not bilateral issues between France and the United Kingdom but these are European issues, Macron points out. “In relations with the United Kingdom there are also bilateral issues such as military relations, the fact that we are allies in NATO. In this context, regarding the Aukus Pact, the United Kingdom has shown a behavior that was not exactly that of an ally and of a trusted ally. I pointed this out today to Johnson who recognized him and I think it was difficult not to recognize him “. With the United Kingdom, Macron adds, “there are migration issues: we are all confronted with extremely worrying phenomena and we all have duties of solidarity and humanity. On these issues there have been tensions in the British debate that have materialized with choices that we cannot accept: there have been pushbacks on the high seas that do not correspond to international rescue rules “. In conclusion, the discussion with Johnson “was frank, peaceful, demanding because agreements have been signed and must be respected but I think we must go on”.

1 thought on “Brexit, Macron: “on ball fishing in the Gb field, retaliation will come if there is no response””