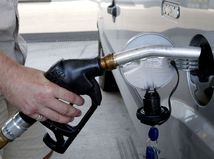 Rising prices at Slovak filling stations will continue. This is assumed by Jana Glasová, an analyst at 365.bank. “Based on the development of the oil market in previous weeks, we expect prices at our pumps to continue to rise in the coming week, but price growth could be more modest,” she told SITA Glasová.

Last week, drivers also had to reach deeper into their pockets when refueling, as petrol prices went up again. In the 42nd week of this year, the prices of 95-octane gasoline rose by up to 1.6 percent to an average level of 1.498 euros per liter and the prices of 98-octane gasoline by 1.4 percent to 1.655 euros per liter. Diesel prices also rose sharply, by 1.7% to € 1.373 per liter.

The rise in the price of fuels at our pumps has been really noticeable since the beginning of this year. Gasoline 95 is about 27 percent more expensive than last year and gasoline 98 is 24 percent more expensive. Diesel is also more expensive than a year ago, by up to 37 percent. “The rise in the price of oil is mainly due to the fact that after the pandemic there was an economic recovery and greater mobility of people. So the demand for oil has grown, “Glasová said.

Read more The rise in prices at Slovak pumps does not end. Black gold is about 25 percent more expensive than last year

During the summer, oil prices remained at lower levels, but at the end of August they headed up again and this growing trend continues more or less to this day. Like last week, black gold ranged from $ 84 to $ 87 per barrel this week. According to the analyst, oil is being pushed up mainly by the economic recovery and greater mobility of people after the pandemic. The rise in the price of oil is also signed by OPEC +’s decision that in November they will proceed according to the original plan and increase their production only gradually.

At the same time, customers are pushing for the cartel to increase production more significantly and thus dampen the sharp rise in market prices. In addition, rising oil prices are being fueled by soaring coal and gas prices, forcing some industrial companies (mainly electricity producers) to switch to oil, increasing demand for it. “And the strong demand for oil and gasoline in the United States, which is one of the largest consumers in the world, has begun to add to the work,” Glas added.

The analyst expects that in the coming months, the oil market will be affected mainly by rising coal and gas prices, as well as OPEC’s decision on further production. “The Chinese government promised last week that it would increase coal mining and thus ensure a reduction in its record high prices. If China succeeds, oil prices could fall, “Glasová concluded.

1 thought on “The rise in prices at the pumps has not ended. Gasoline prices went up again – PRAVDA.sk”