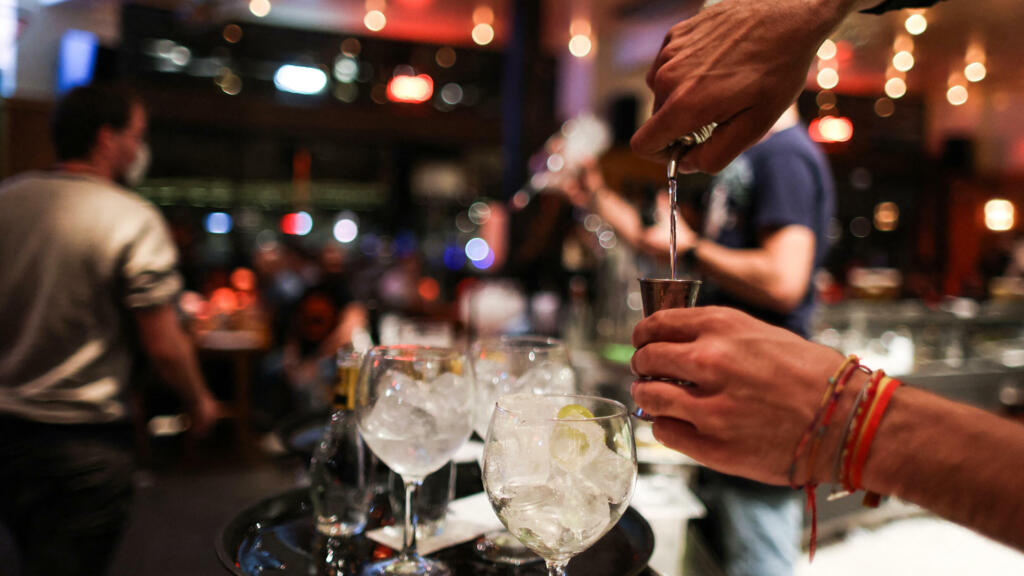 Testimonies of sexual violence in bars and nightclubs have been flocking to social networks since early October under the hashtag #BalanceTonBar. In Belgium, an investigation was opened after a series of reports while in the United Kingdom, concerns relate to the use of injections to drug students in nightclubs.

Tongues are loosened in the night world. Since October 10, testimonies reporting sexual assault and rape in bars and nightclubs have multiplied on social networks under the hashtag #BalanceTonBar, in reference to the freedom of speech movement #balancetonporc. The taking of drugs without the knowledge of the victims is regularly incriminated.

“We shared a drink and less than 30 minutes later, a total black hole for both of us. My friend was in a car accident and I was raped.” This testimonial is part of the long list of stories posted on the Balance ton bar Instagram account. Many victims report memory loss after consuming a drink. “Why did I get off the bus? Why did I walk there when it was not my trip at all but especially what happened that night?”, Writes for example one between them.

Reports of drug assault in bars and nightclubs have increased in several European countries, including Belgium, France and the United Kingdom. The charges range from adding drugs to drinks to injecting sedatives through syringes.

“In Belgium there was a massive awareness following these revelations, especially on the fact that women were insecure in the nightlife world. These testimonies created a media and political shockwave”, told France 24 Maïté Meeûs, co-creator of the Balance ton bar account. The young woman says she has collected “about 200 testimonies coming from women for the great majority”.

“In a lot of situations, people come to put GHB a bit blindly in glasses, hoping that a person will be put aside during the evening”, affirmed to the Parisian Dounia Salimi, who co-manages the Instagram page. For twenty years, this substance, originally used for medical purposes, has been diverted from its original use and used as a narcotic in the middle of the night. In low doses, it has relaxing and euphoric effects, on the other hand, taken in too large a quantity, GHB, also called “the rapist’s drug”, is a powerful sedative.

On the Balance ton bar account, some establishments are mentioned more than once. Among them are two well-known bars in the cemetery district of Ixelles, in the outskirts of Brussels. In these two places, employees are accused of sexual violence. “According to these accounts, at least one bartender drugged the girls by pouring a substance into their glass beforehand,” reports RTBF.

>> See also: Sexual assault, the scourge of the student world in France

After several complaints filed, an investigation was opened by the Brussels public prosecutor’s office. “Following the messages that have appeared on social networks in recent weeks, the Brussels public prosecutor’s office wishes to stress that every complaint concerning sexual offenses is taken very seriously,” the public prosecutor’s office communicated on Wednesday, October 20. “In addition to the collection of physical evidence, namely biological traces and images from surveillance cameras, a maximum of witnesses are identified and questioned in order to constitute a probative case and to confront any suspect with this evidence,” he said. he said, recalling that “everyone benefits from the presumption of innocence”.

The prosecution did not wish to comment on the facts in Ixelles, “taking into account the principle of confidentiality of information”. One of the two bars incriminated has, moreover, indicated to have dismissed a member of its staff targeted by numerous complaints “while waiting for all the light to be shed”. The management of the bar added that it will take action “if the facts are proven”.

Five days after the first testimonies, several hundred people gathered in Ixelles in support of the victims.

500 people in front of the municipality of Ixelles, on the sidelines of his council, to demand a real change following the sexual assaults in two bars and the lack of sanction, structure and reaction of the justice, but also of the municipal authorities. #balancetonbar #we loose nothing pic.twitter.com/vdu1xpfXfG

Liège is also concerned, as shown by the opening, at the end of October, of the Balance ton bar Liège account. But the concerns extend beyond the country’s borders. Since the start of the school year, in France, feminist associations and collectives have called for vigilance in several cities. Balance ton bar has also opened other dedicated pages, notably in Paris and Lyon.

In eastern France, the association for the fight against harassment and sexist and sexual violence Ru’elles Strasbourg, for example, receives numerous testimonies from people drugged without their knowledge in bars or nightclubs in the city. She said, in mid-October, to work on “a file for reporting to the public prosecutor”.

On September 15, the We All 34 collective, for its part, reported an increase in GHB consumption. “We have been informed that the GHB drug is running a lot at the moment in Montpellier. Pay attention to yourself and your drinks in the evening, talk about it around you”, the feminist collective wrote on its Facebook page.

The General Association of Montpellier Students then published a communicated, in which she advises to “keep your drink with you”, “surround yourself with trusted people when you go out and alert them in case of discomfort, watch over those around you in the evening and” alert the establishment “.

This problem, which threatens the safety of young people in bars and nightclubs, also affects the United Kingdom. In recent weeks, many young women and some young men have reported receiving injections containing drugs without their consent.

Testimonies have mushroomed after two University of Nottingham students spoke to British media, displaying their needle marks and bruises on their skin. Zara Owen had explained that she woke up after a night out with hazy memories and a sharp pain in her leg where she had spotted a sting. Sarah Buckle had been taken to hospital by her friends, after having collapsed suddenly during a night out. She then discovered a bruise on her hand with a dark mark in the center, which she showed on Channel 4 News.

Since September, British police say they have received 140 reports of incidents involving drugged drinks and 24 involving needles, according to figures cited by AFP on October 22. British police have since made initial arrests. According to the British daily The Guardian, young women called for a boycott of bars and nightclubs in 45 cities across the UK. “People have really had enough. We’ve gotten to the point where everyone knows someone who has been drugged or has been drugged themselves. We just want to enjoy a night out and we know that things can be done about it. avoid that, ”Milly Seaford, a University of Edinburgh student and co-organizer of Girls Night In, told the Guardian.

These young women are asking for measures to fight against the addition of drugs in glasses, such as more rigorous checks at the entrances of establishments, lids for drinks or training of staff members of bars and nightclubs. . In addition, more than 171,000 people signed on Saturday a petition asking the government to make it compulsory to search customers carefully at the entrance to nightclubs.

Observing this phenomenon from Belgium, Maïté Meeûs fears that it will spread beyond the British borders. “The lids on the glasses are good, but if we do nothing, the problem turns and we reach the level of the epidemic of the syringe, like in the United Kingdom, it will be very difficult to act, ”she warns, insisting on the need to better train the staff of bars and nightclubs in the fight against sexual violence.