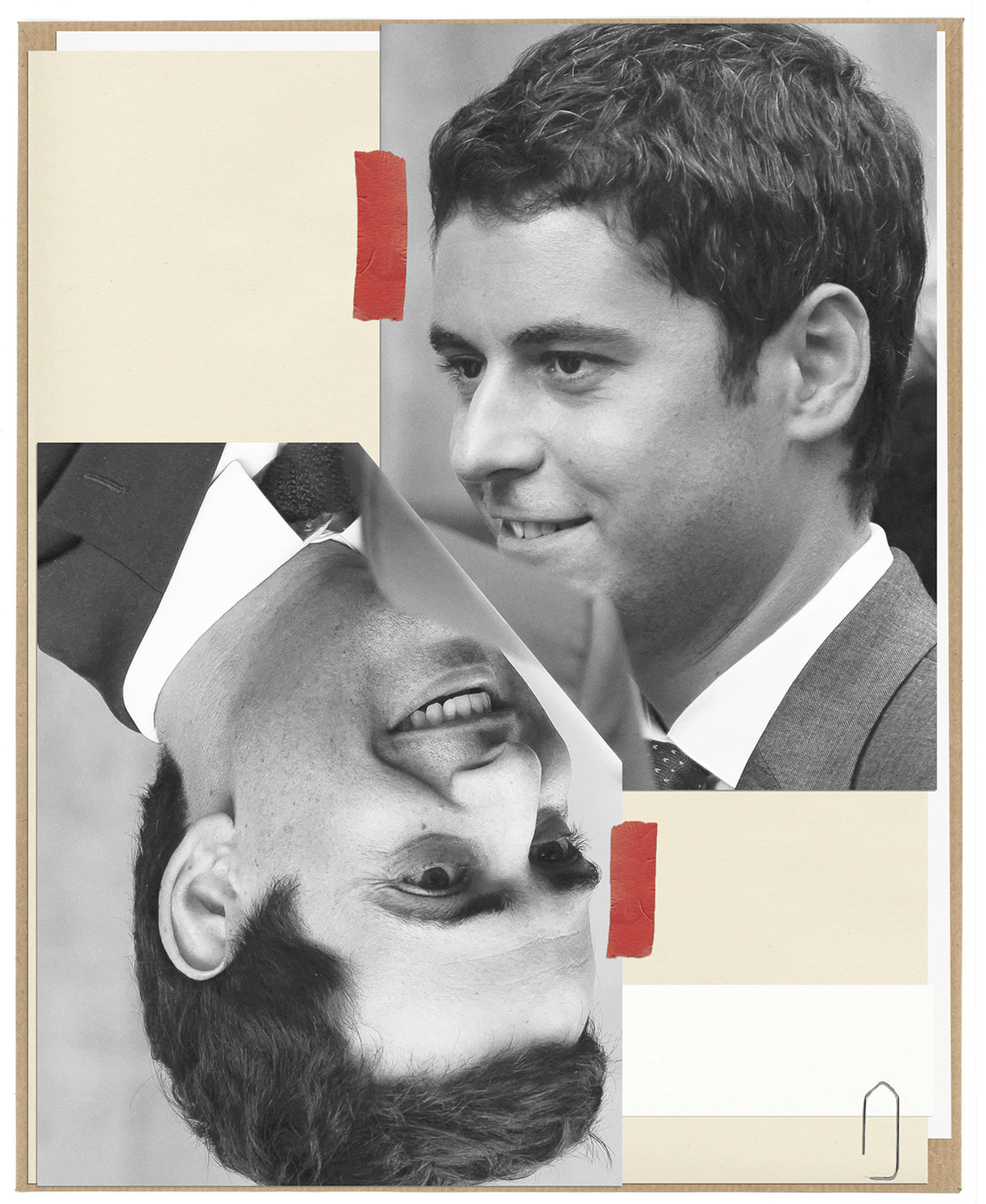 StoryThe first has long whispered in the ear of the president, the second speaks for the government. On the eve of Emmanuel Macron’s campaign, Gabriel Attal has become essential while his companion, losing influence, left for Brussels.

This Tuesday, September 21, at 7:48 a.m., guest of the morning of France Inter, Stéphane Séjourné, the MEP and political advisor of Emmanuel Macron, is on a mission to clear up the outrage against France. The breach of the huge contract for the sale of submarines to Australia not only caused a serious diplomatic crisis between Paris and Washington, but also damaged the stature of authority of the President of the Republic.

Each word was chosen and weighed with the diplomatic cell of the Elysee. “There will be a discussion with Joe Biden. It will not be an exchange of reconciliation but of clarification, because there was a problem in substance and form ”, says the advisor. On Thursday September 23, the day after the telephone interview, at exactly the same time and still on France Inter, Gabriel Attal, the government spokesman, finished the work: “Joe Biden recognized the responsibility of the United States in the crisis. “ Operation completed.

The general public did not notice anything surprising. He does not know that we have just heard a couple to be able to speak to each other. Of course, there were Ségolène Royal and François Hollande (one candidate for the presidential election and the other party leader), Michèle Alliot-Marie and Patrick Ollier (a few months ministers in the same government of Nicolas Sarkozy) or Najat Vallaud-Belkacem and Boris Vallaud (one Minister of Education for François Hollande and the other Deputy Secretary General of the Elysée). But Gabriel Attal, 32, and Stéphane Séjourné, 36, rose to the top of the state in a completely new position under the Ve Republic: one whisper in the ear of the President, the other speaks on behalf of the Prime Minister. And the two live together.

“We are not a political couple. We have always been compartmentalized between us. »Gabriel Attal

The tandem has become the guardian of the executive’s temple of communication: the one who invents and echoes these precious elements of language which are the honey or the misery of politics. So when things heat up, we turn to them. It is often the guarantee of a job well done. Stéphane Séjourné and Gabriel Attal are aligned, like a French garden.

A word of advice, however, do not pay them this kind of compliment, they would take it very badly. “We are not a political couple. We have always partitioned off between us ”, loose Gabriel Attal. What makes all those who know them smile. In any case, that will be the only quote from the government spokesperson. Like Stéphane Séjourné, he agreed to answer our questions on the sole condition that we do not repeat his words. Almost all of our interlocutors also demanded strict anonymity. The couple in politics is by definition a sensitive affair. All the more so when it is a question, still rare in French political life, of two men.

You have 89.22% of this article left to read. The rest is for subscribers only.

1 thought on “Stéphane Séjourné and Gabriel Attal, a couple at the heart of power – archyde”